Where Does It End? CFPB Acting Director Mulvaney Now Doesn’t Want the Consumer Protection Bureau to Protect Student Loan Borrowers from Being Ripped Off

Described by a former CFPB official as a move that “defangs the watchdog and instead turns the office into a lapdog for the industry” acting director Mulvaney last week announced that the Bureau’s student loan unit would be folded into the financial education unit. With 42 million Americans currently holding an historically high $1.5 trillion in student loan debt and many students being victimized by predators and scam artists, this is no time to stop protecting students from being ripped off and defrauded, but that looks like what Mulvaney is doing.

Leaving students to be preyed upon by crooks seems to be a priority of this administration.  For example, the Department of Education just gutted the office that investigates fraud at for-profit colleges and put a former officer of a sanctioned for-profit college in charge of enforcement.  As California Attorney General Xavier Becerra said, “The Trump Administration is inviting the fox to take charge of the henhouse.”  Make sure to watch Trevor Noah on The Daily Show spell out how ludicrous this really is. 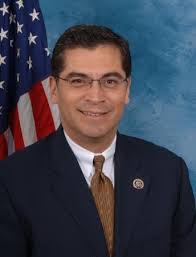 Mulvaney’s latest move comes at the same time the he has the CFPB reconsidering, according to reports, its lawsuit against Navient, the largest servicer of private and federal student loans. According to the CFPB in 2017, Navient “created obstacles to repayment by providing bad information, processing payments incorrectly, and failing to act when borrowers complained,” and cheated borrowers out of repayments that they should have received, forcing them to pay more than they had to on their loans.

Of course, we wouldn’t have known about any of that were it not for the CFPB’s student loan office and we won’t know about it in the future after Mulvaney guts this consumer protection that is important to 42 million Americans.  Former CFPB Director, Richard Cordray, recently discussed many of the predatory actions in the student loan market on All In With Chris Hayes, which is worth watching.