Wall Street’s Biggest Banks Are Gambling with Derivatives and Evading Regulation Again, Setting Us Up for Another Financial Crash

An all-star financial panel of former Federal Reserve Chair Paul Volcker, former FDIC Vice Chair Thomas Hoenig, Former Director of Trading and Markets at the CFTC (now University of Maryland Law Professor) Michael Greenberger, and moderated by Better Markets president and CEO Dennis Kelleher, assembled in New York at an event presented by Rob Johnson’s Institute for New Economic Thinking (INET) this past week to discuss new research from INET and Mr. Greenberger on how Wall Street’s largest banks continue to systematically evade regulations on derivatives and, in the process, are putting American taxpayers and the global economy at risk.

There is no disputing that unregulated derivatives gambling was the fuse that ignited the explosion that was the 2008 financial catastrophe.  They were tied to the fraudulently inflated subprime housing market that, when it collapsed, triggered payments in the trillions of dollars sending the swaps derivatives markets into a financial abyss that was ultimately filled by U.S taxpayers in the form of huge bank bailouts.  There were lots of examples, but AIG was the most visibly egregious example.

The Dodd-Frank financial reform law was enacted, in large part, to ensure that another economic meltdown triggered by unregulated derivatives never happens again.  Derivatives, particularly swaps, were to be fully regulated, transparent, collateralized, cleared and exchange traded.  To avoid a huge loophole and because the biggest Wall Street derivatives dealers all used overseas affiliates to trade their swaps (including AIG), the law also expressly covered cross-border or foreign swaps that “have a direct and significant connection with activities in, or effect on, commerce of the US.”

The CFTC was put in charge of making sure this all worked and stated in its “guidance” on cross border derivatives trading that all US swaps dealers and their “guaranteed” foreign affiliates would be subject to the Dodd Frank financial reform law.  This included 100% of the swaps dealing done by Wall Street’s biggest banks because no one would enter a complicated, high-risk, extremely expensive derivative except with a sophisticated, brand-name, credit-worthy Wall Street bank (or its guaranteed affiliate) with a huge balance sheet to structure, make markets, inventory, price and deal in such financial instruments.

However, Wall Street’s biggest banks quickly evaded this requirement by claiming a linguistic loophole that had no basis in law, markets or past practice.  As Better Markets showed in a June 19, 2014 Cross-Border Fact Sheet, each of the five biggest Wall Street banks (which accounted for more than 90% of the US derivatives markets) registered a single purportedly non-guaranteed foreign affiliate swaps dealer, claiming because it wasn’t “guaranteed” it wasn’t subject to the Dodd-Frank law.  Presto, they claimed, they were once again unregulated and non-transparent just like they were before the crash. 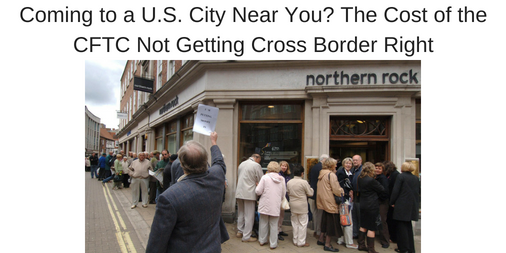 As Mr. Greenberger detailed in the paper presented at the event, “Too Big to Fail U.S. Bank’ Regulatory Alchemy,” this evasion has no legitimate legal basis and is directly contrary to decades of uniform practice by Wall Street’s biggest swaps dealers.  Mr. Greenberger shows this knowing, intentional evasion of the provisions enacted to protect the American taxpayer and economy for what it was: nothing more than a “de-guarantee dodge” that Wall Street used to shift huge portions of the swaps market from U.S. banks to their newly de-guaranteed foreign affiliates. 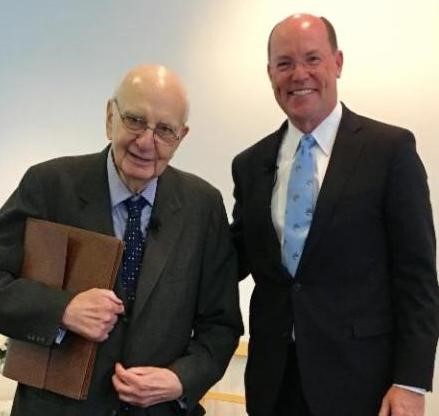 That would be fine if American taxpayers weren’t on the hook for the failure of these foreign affiliates, but, just like 2008, U.S. taxpayers will still be on the hook because the parent U.S. bank will ultimately inevitably cover any losses guaranteed or not to protect their reputation and a run on the bank.  This is exactly what happened in 2008, as detailed by Mr. Greenberger.  Thus, as set forth in the Fact Sheet, these are nothing more than “de facto” guaranteed affiliates and merely dropping the word “guarantee” changes nothing.  (To stop this ruse and evasion we repeatedly proposed to the CFTC that they employ a “De Facto Guarantee Test” to identify legitimately non-guaranteed foreign affiliates, which, of course, would show material market price differences between guaranteed and non-guaranteed swaps dealers.)

All of this and more, including what might be done to stop this high risk, anti-taxpayer evasion, were discussed at the INET event.  For example, the concept of “substituted compliance,” where the CFTC defers to foreign regulators rather than enforce the Dodd Frank law, was revealed as having no legal basis.  Worse, as Mr. Kelleher stated, it outsources the protection of American taxpayers to foreign regulators who have an miserable unbroken record of failure to enforce their own laws.

Video from the event will soon be available on both the INET and Better Markets websites, which will be linked to in future newsletters.  In the meantime, read Mr. Greenberger’s paper, our Fact Sheet and, for background, our webpage collecting Better Markets’ work on cross border over the years, including our eight comment letters and a power point presentation that spells out the risks in failing to close the cross border loophole.