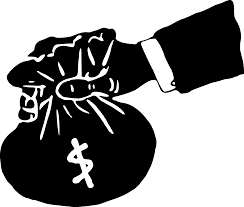 When the Dodd-Frank financial protection law was passed in 2010 — and virtually nonstop since then — the financial industry and its political allies have claimed that it would kill banks’ revenue, profits and ability to lend.  Yet, year-after-year those baseless claims have been proved objectively false.  Nevertheless, they persist to this day, underpinning many of the arguments pushing de-regulation.

The latest proof came on Monday, when the New York State Comptroller Thomas P. DiNapoli released his annual survey of securities industry profits and New York City bonuses.  The numbers are eye-popping and demonstrate that Wall Street is not genuinely burdened by the financial protection law or rules.  Here are some highlights from the survey:

Importantly, this grossly understates how well the securities and financial industry is doing.  Total compensation is actually much higher because the survey only focuses on broker-dealer at the member firms of the New York Stock Exchange.  In addition, the estimates do not include stock options or other forms of deferred compensation for which taxes have not been withheld.  Additionally, with the massive tax cuts enacted last December and effective beginning in 2018, banks’ revenue, profitability and bonuses are all expected to jump even more in the coming years.

Mr. DiNapoli’s conclusion is indisputable:  “The large increase in profitability over the past two years demonstrates that the industry can prosper with the regulations and consumer protections adopted after the financial crisis.”

These are a few of the related articles of interest: