The Wall Street Journal is Right: Money Market Fund Rules Are Essential to Preventing Financial Crashes and Need to Be Stronger 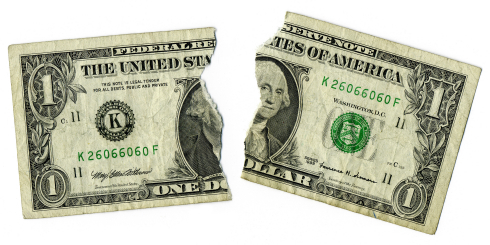 One of the most consequential events during the 2008 financial crisis was when the Reserve Primary Fund “broke the buck” right after Lehman Brothers collapsed into bankruptcy.  The result was a run on money market funds (MMF) which quickly had dire ripple effects throughout the financial system and in the real economy.  To stop the run and the contagion, within days the Treasury backstopped the entire $3.7 trillion industry, putting taxpayers on the hook for losses.  This was the single largest taxpayer-backed rescue program during the 2008 crisis and the largest the financial industry has ever received.  (Don’t be misled by the fig leaf of an insurance program put in place after Treasury put the full faith and credit of the United States behind this one product.)

In response to these events, federal regulators implemented much needed and long-overdue reforms to reduce the run-risks posed by MMFs.  The reforms required certain funds to float their NAVs (net asset value) to correctly reflect their actual market value and provided funds tools to mitigate run risk, including the authority to impose fees on those seeking to redeem quickly in times of stress and even the authority to halt redemptions entirely for a period of time.

While better than nothing, the reforms were insufficient and should have been stronger, as we argued for at the SEC at the time.  In particular, all MMFs should be required to have market pricing and accurate NAVs.  As The Wall Street Journal stated recently, “the idea is to show investors that MMFs aren’t risk-free and are investments with values that rise and fall.”

Allowing MMFs to report an artificial and incorrect stable price of $1.00 misleads investors into thinking that their MMFs are guaranteed and that they will always be able to withdraw a $1.00 for every $1.00 invested, i.e., MMFs will never “break the buck.”  That belief is what causes the run-risk:  once an investor thinks his or her MMF investment is at risk, the only rational reaction is to withdraw as quickly as possible, which causes everyone to run.

Nevertheless, as the mindless zeal to de-regulate gains momentum throughout Washington, even the modest MMF reforms are now under attack.  Some are suggesting that the reforms should be replaced by risk disclosure.  However, there is ample evidence that such disclosure is insufficient, including the specific disclosures by the Reserve Primary Fund and other MMFs in the years before 2008.  There is no genuine dispute that disclosure is ineffective and, when combined with marketing and other materials, usually leaves investors confused at best and misled at worst.

Fortunately, new SEC Chairman Clayton is resisting efforts to roll back these reforms, believing that any changes would be, at best, premature.  Recently, Better Markets wrote to him urging him to stay the course.  The Wall Street Journal, in an editorial entitled “The Next Money-Fund Bailout,” also agrees that repealing these reforms would be a big mistake, although it went further:  it agreed with Better Markets that “…the best way to avoid a bailout is to prevent a run by giving investors an accurate picture of market risks. A floating NAV is part of that crucial project.”

As we have also advocated for a long time, The Wall Street Journal emphasized the importance of “market discipline,” noting that MMFs “were never intended to be risk-free investments benefiting from taxpayer guarantees….” and that “the point of the floating-NAV reforms” is for investors to have a “more realistic assessment of risks.”