Following the Consumer Financial Protection Bureau’s (CFPB) dangerous and despicable policies (averaging more than 2 harmful, anti-consumer actions a month) of putting the interests of financial predators ahead of Main Street American consumers and families, the Department of Education has announced a series of proposed rule changes that put the priorities of for-profit colleges ahead of students with education loan debt.

The Department is seeking to abolish existing regulations that forced for-profit colleges to prove that their students were able to successful obtain gainful employment.  These requirements cut off federally guaranteed student loans to these schools if their graduates did not earn a sufficient salary to pay back their loans.  This comes on the heels of an earlier announcement scaling back a debt relief plan established in the Obama administration to help students who felt that they had been duped by the pie-in-the-sky appeals of for-profit colleges promising easy employment and huge salaries. 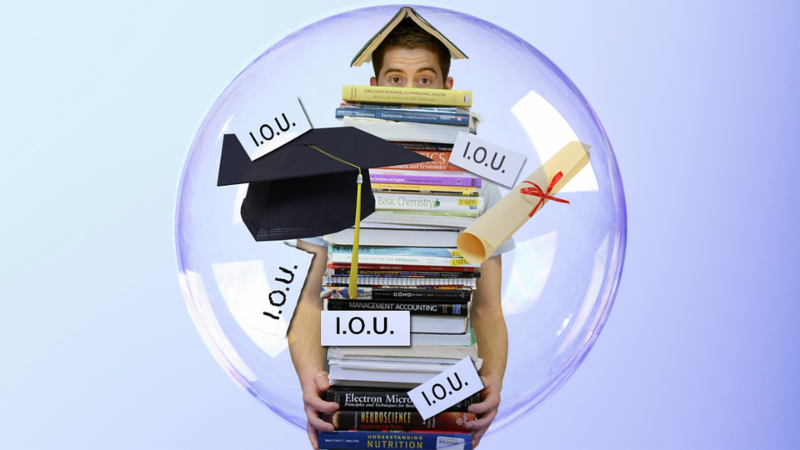 For years, for-profit schools have taken advantage of veterans and others, luring them in with deceptive marketing and illegal recruiting practices.  After years of complaints, both Corinthian Colleges and ITT Technical Institutes closed their doors, leaving students doubly victimized with massive debt and no degree.

The egregious actions of Education Secretary Betsy DeVos are straight out of the Mick Mulvaney CFPB playbook.  Instead of protecting and helping the victims of financial predators, Mulvaney is doing the opposite and protecting the predators.  DeVos is doing the exact same thing at the Department of Education.  She should be protecting the hopes and dreams of veterans, those seeking to change careers or jump start a stalled one, and other students reaching for the American Dream.  But instead she’s putting the predatory actions of for-profit colleges first.  That’s just wrong.

The student loan debt catastrophe will be more closely detailed in a soon-to-be-released Better Markets report.  The report exposes how the 2008 financial crash and the economic crisis it caused directly led to the current $1.5 trillion student loan crisis and what Wall Street should be made to do to solve it.  Stay tuned.