Longtime fighter for financial reform, SEC Commissioner Stein stands up for the American people and against SEC’s broken "not even a slap-on-the-wrist" waiver process 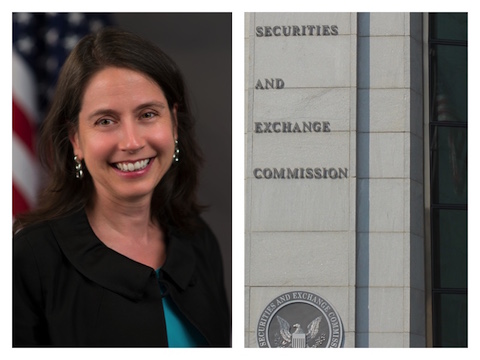 Whenever the big banks on Wall Street have to cut a sweetheart deal for illegal conduct that they just can’t avoid, they run to the SEC asking for a special waiver so they can still conduct business as usual, as though their wrongdoing never even happened and had no consequences. All too often, the SEC is quick to grant these waivers – often to repeat offenders – with no transparency and without justifying their actions. That’s part of the reason why the SEC’s record of holding bad actors on Wall Street accountable is so abysmal.

We saw this again last week when the SEC granted Deutsche Bank a waiver to maintain its privileged status as a “Well-Known Seasoned Issuer” (WKSI) after the bank last month pled guilty to manipulating LIBOR and paid a record $2.5 billion penalty. The manipulation scandal affected mortgage holders, municipalities issuing bonds, and investors with floating-rate financial products, and further lowered the public’s trust in the bank.

In a powerful statement, Commissioner Kara Stein made clear she disagreed with the SEC’s decision. She outlined why firms with a recidivist criminal history should not be granted privileged statuses, saying:

“Since 2004, Deutsche Bank has, among other violations, a criminal admission of wrongdoing connected to promoting tax shelters, a settlement involving misleading investors about auction rate securities, and a violation against its investment bank for improperly asserting influence over research analysts.”

These actions were so egregious that the bank had to request waivers in 2007 and again in 2009. The fact that this firm broke so many laws over such a long period of time and still received a waiver from the SEC is a stinging reminder of how broken the waiver system really is. Commissioner Stein deserves praise for standing up for the American people and speaking out against the SEC’s decision to grant Deutsche Bank yet another waiver.

And, although not well known, she’s been doing that for years, although less visibly. Prior to becoming an SEC Commissioner in 2013, she was a longtime aide to Sen. Jack Reed (D-RI) for 14 years. Among many other prominent roles tackling key issues, Stein was the Staff Director of the Securities, Insurance and Investment Subcommittee of the Senate Committee on Banking, Housing and Urban Affairs for four years. Not only is she extremely knowledgeable of the matters within the jurisdiction of the SEC, but for years she has been an astute observer of markets and market participants, good and bad. As important, she was a senior Senate staffer who helped craft and draft many of the key provisions of the Dodd Frank Wall Street Reform and Consumer Protection Act.

All of which is to say that her latest fight against unjustified waivers and against egregious illegal conduct follows almost two decades of unwavering commitment to protecting investors, markets, market participants, taxpayers, the financial system and our economy.