If You Have a Chase Credit Card, READ THIS Because You are About to Lose Your Rights 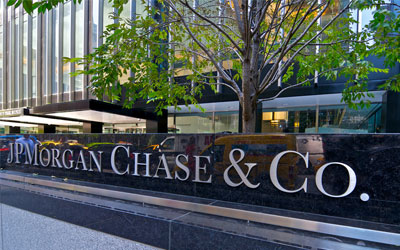 If you have a Chase credit card, Chase is about to take away your legal rights if Chase rips you off.  But, you can stop them if you act quickly.  We will explain below what they are doing, why it’s so important for you to stop them, and how to stop them.  However, if you want to just skip to stopping them, go to this piece, which explains how, or this template some have used or this short video explaining what Chase is doing and what you can do to stop them.

Remember to follow Chase’s exact instructions or they will take away your rights and force you into unfair, biased mandatory arbitration. Why is arbitration so bad?  Read the “Dirty Dozen – Why Mandatory Arbitration is Unfair” here.

Ok, what’s Chase doing to you and why’s it so bad?  As reported by the New York Times, “JP Morgan Chase Seeks to Prohibit Card Customers from Suing” when they are ripped off by Chase.  They don’t want you to have the same rights as every other American to have their “day in court” when ripped off.

This is referred to as “forced arbitration.” This isn’t just for new credit cards; it’s for all 47 million of their credit cards even if you got yours many years ago.

If you have a Chase credit card and you’re ripped off by Chase, your rights to sue and have a day in open court before an independent and impartial judge with clear rules and decisions are all being taken away.  You will be forced into private arbitration where the proceedings are secret and grossly unfair.  Worse, the arbitrators in those proceedings are often biased in favor of companies like Chase and they don’t have to follow the law or explain their rulings.  This is just a very limited review of what arbitrators do and why that system actually hurts victims of fraud and abuse rather than helping them get compensated when they are ripped off.

Unlike judges and open court proceedings, arbitrators can basically do whatever they want for whatever reason they want and there’s virtually nothing you can do about it.  That might not be so bad if customers won fairly often, but, no surprise, they usually lose. Plus, even if you want to take Chase to arbitration, then you have to go up against a gigantic bank with deep pockets and army of lawyers all by yourself.

But, its even worse than that because very few customers even bother filing for arbitration in the first place. It’s just too expensive and not worth it. If you’re ripped off for $15 or $20 or even $200 dollars, it makes little sense to file for arbitration because the time, trouble and expense will far exceed any recovery, which is unlikely anyway.

That’s why we have class actions, which allow lots of ripped off individuals to join together in one lawsuit.  While $15 or $20 or even $200 dollars in losses to an individual aren’t enough to justify filing a lawsuit or arbitration, hundreds or thousands of similarly ripped off people represents a lot of money. That enables experienced class action lawyers to take on megabanks like Chase and give a large group of victimized customers a fighting chance to get the recovery they deserve – to get justice.

Chase’s attempt to stomp out their customers’ right to seek relief in court even drew fire from the Hill.  U.S. Senators Kamala Harris and Richard Blumenthal sent a letter to Chase on June 7, 2019, challenging the bank’s decision and describing forced arbitration as “unfair and unjust to consumers.”  They called upon Chase to explain its decision and they urged the bank to reverse course.

This is win-win for Chase and lose-lose for its customers, but Chase’s customers can stop them by “opting out.” Unsurprisingly, Chase is not making that easy. First, it must be done by August 9, 2019 and, second, it must be done according to their specific instructions, which includes the 19th century method of mailing your opt out to a P.O. box and requiring a personal signature, among other information. This is all explained here and in this short video. There is a handy template for you to use here from Congresswoman Katie Porter or here from another helpful source.

We at Better Markets have been fighting to prevent banks and other corporations from taking away your rights and forcing you into arbitration for years and, for those of you who are interested in more information, we suggest our following materials: