Gov. Martin O'Malley Details Plan on Wall Street Reform. All Candidates Should Do The Same. 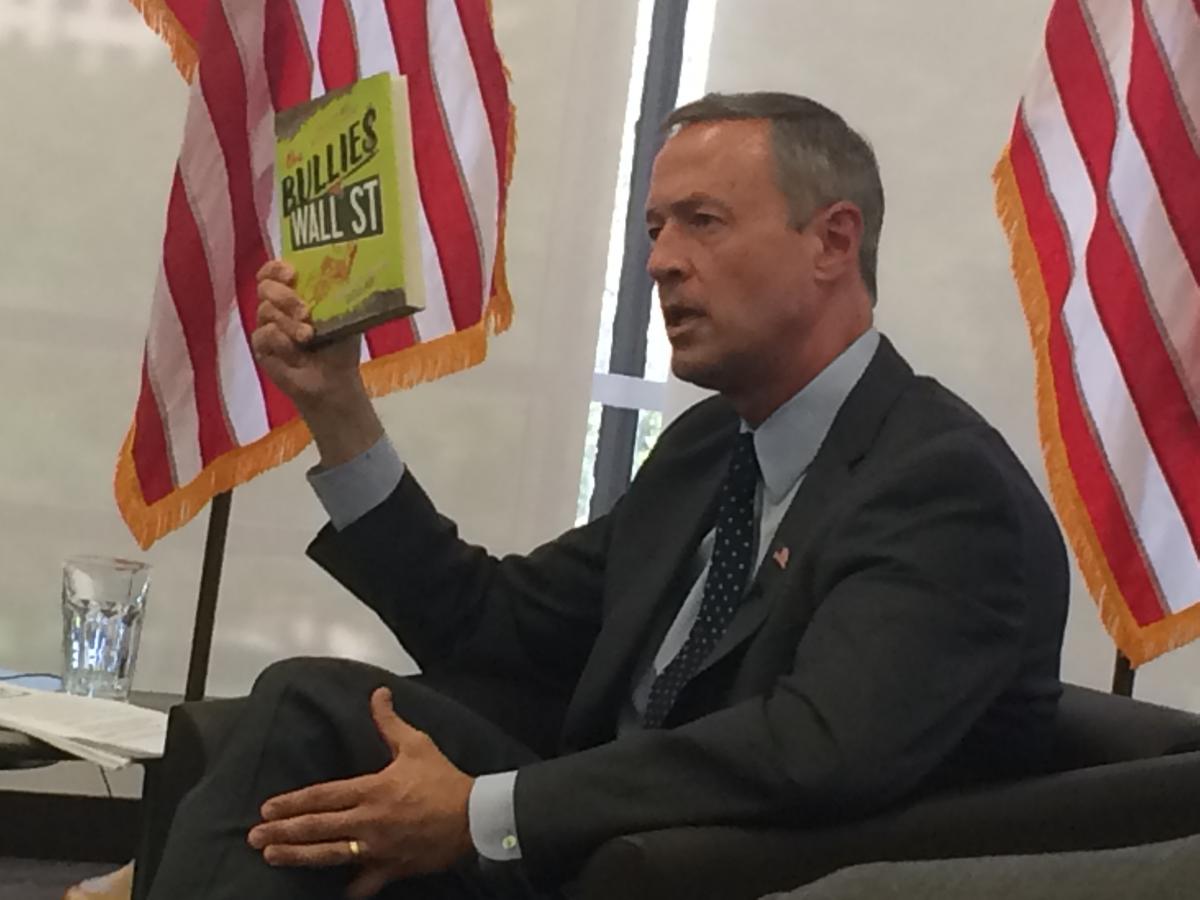 As Better Markets has said, nothing has done more damage in generations to hardworking middle class families, our economy and our government finances than the 2008 financial crash and the more than $20 trillion in economic wreckage it caused all across the country. That’s why all candidates – Republicans and Democrats alike – should release specific, in-depth and comprehensive plans for how they’re going to protect Main Street and rein in Wall Street to prevent another devastating financial crash.

Former Maryland Governor Martin O’Malley has led the way, releasing a comprehensive policy plan earlier this month aimed at preventing a repeat of the 2008 financial crash. At an event this week hosted by the Washington Policy Institute, Mr. O’Malley continued laying out concrete plans on what he would do as President to protect Main Street from Wall Street’s recklessness. As a nonpartisan organization, this should not be misconstrued as an endorsement of Mr. O’Malley’s plan, which has many good, strong and necessary provisions, although we don’t agree with them all. It is, however, a fulsome endorsement of his actions in publicly proposing such a detailed plan.

Mr. O’Malley talked with former Representative Brad Miller (D-NC) about the Dodd-Frank financial reform law and the need for Wall Street reform, including a call to hold individuals on Wall Street accountable for their wrongdoing, saying, “If you slap a bank robber on the wrist, he’s going to keep robbing banks. The same is true if he’s wearing a suit.” As we like to say, there should be one standard of justice from the suites to the streets. It’s a bedrock democratic principal: equal justice applied without fear or favor and that has to include the high and mighty on Wall Street.

Mr. O’Malley also highlighted former FDIC chair Sheila Bair’s latest must-read book The Bullies of Wall Street: This Is How Greed Messed Up Our Economy. Sheila knows what she is talking about: no one fought harder to protect the American people during that financial crisis than she did and her first book, Bull by the Horns, is a must read for anyone interested in understanding what happened during the 2008 financial crisis.

Her latest book, Bullies of Wall Street, describes how the 2008 financial crisis and the recession that followed affected the American people as thousands of families lost homes, the unemployment rate skyrocketed, and household wealth plummeted. It also chronicles how the crisis led to the worst economy since the Great Depression of the 1930s.

Voters of both parties support Wall Street reform. While many candidates running for President say they do as well, talk is cheap and easy. It is, therefore, critical that talk is backed up with real, in-depth, comprehensive and concrete policy proposals by all the Presidential candidates so that voters can hold them accountable when one of those candidates makes it to the White House. The American people support reform, and they deserve to know how every candidate is going to deliver it and prevent another Wall-Street caused financial crash.