Five Years On, Learning Lehman’s Lessons from the Panic of 2008: Are We Better Prepared for the Next Financial Crisis?

Better Markets and GW Law School C-LEAF hosted an event about the financial crisis, where we are five years later and whether the U.S. is better prepared for the next financial crisis, featuring keynote remarks by Senator Elizabeth Warren. Read Senator Warren’s keynote remarks here.
As Better Markets President and CEO Dennis Kelleher said at the event, it is very difficult today in September of 2013 to remember what it was like 5 years ago when, on September 15, 2008, the 4th largest investment bank, Lehman Brothers, failed and filed for what is still the largest bankruptcy in US history
It’s difficult to recall the panic, confusion and dark days from 5 years ago as one unimaginable event followed another
In part, this is due to the passage of time; in part, it’s due to wanting to forget bad things.
But, it also in part the result of a concerted effort by certain parts of the financial industry, mostly Wall Street’s too-dangerous-to-fail megabanks, and their lobbyist, lawyers, allies and the broader influence industry that they have purchased to change the subject and focus
FROM the worst financial crash since 1929, the worst economy since the Great Depression, and its role in causing them both,
TO the financial reform law, the regulations implementing it, and the alleged costs to them of that.
The following PowerPoint of headlines and information from the financial crash is a stark reminder of the crisis and some of the costs caused by the crisis: 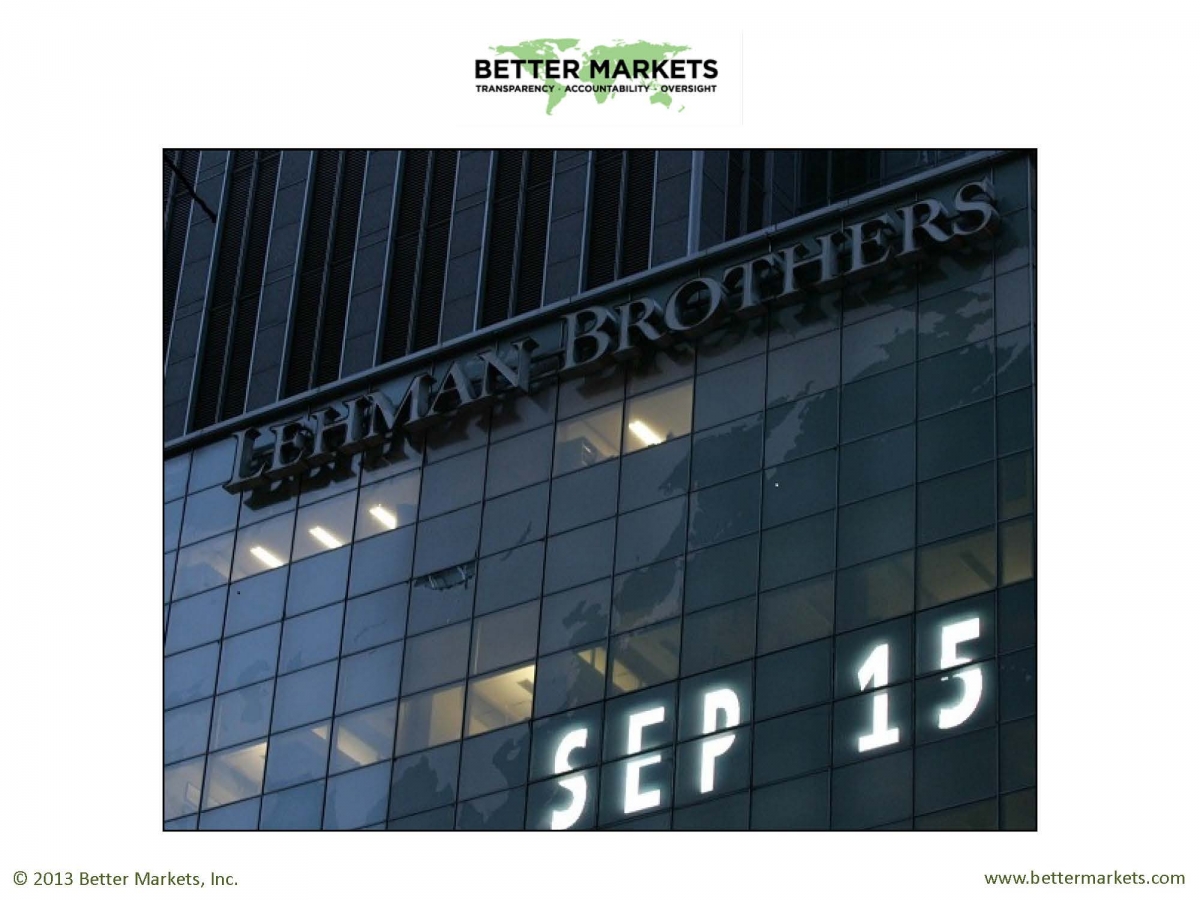 The following brochure offers a look back at the difficult days in 2008, where we are today, and a renewed call to action for the future: 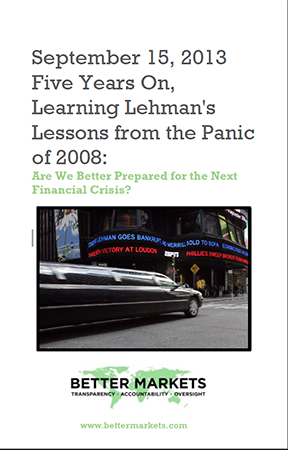 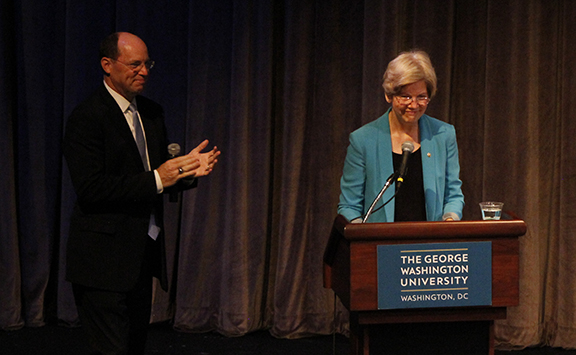