Financial Reform Newsletter: What is Happening at the CFPB? 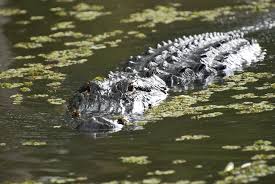 What is Happening at the Consumer Financial Protection Bureau?

The Director of the Consumer Financial Protection Bureau (CFPB), Richard Cordray, resigned and (as provided for in the Dodd-Frank law) the Deputy Director took over as Acting Director, but President Trump named the Director of the Office of Management and Budget (OMB), Mick Mulvaney, as the Acting Director at the same time.  Mulvaney has called the CFPB a “sad, sick” joke and, when in Congress, voted to kill the agency.  Acting consistent with those views, Mulvaney’s first official act as Acting Director was to freeze new hiring, new rules and any payouts to harmed consumers from the CFPB’s penalty fund, stopping the CFPB dead in its tracks.

But that’s not all, as Washington Post’s Dana Milbank brilliantly detailed in a column entitled “Trump’s Swampiest Move Yet”:

“Even for this phony populist president, who instead of draining the swamp stocked his White House and Treasury Department with Goldman Sachs executives and sprinkled billionaires and lobbyists across the government, the move on the CFPB is brazen. That’s because Trump’s legal justification for taking control of the CFPB was written by a lawyer who until just a few months ago was defending a foreign payday lender against the agency’s attempts to punish it for lending abuses.

“As the Intercept’s David Dayen reported, Steven Engel, the Justice Department lawyer who wrote the memo justifying Trump’s takeover, was a lead counsel for Canadian payday lender NDG Financial, which the CFPB cited for misleading and overcharging U.S. customers. The Intercept reported that Engel was active in the case, which remains in court, until August — after he was nominated to serve in the administration.

“It’s difficult to imagine something swampier than a corporate lawyer joining the government and then orchestrating the disarming of a federal agency in litigation with his former client. NDG — and the lenders who had to give back some $12 billion to consumers because of shady practices caught by the CFPB — can celebrate.

“There’s nothing the forgotten man, thus swindled by Trump, can do now to keep big banks from regaining the upper hand over consumers.”

Trump’s justification for this “brazen” action was his false claim – in a tweet of course – that the CFPB “has been a total disaster as run by previous Administrations pick.  Financial Institutions have been devastated and unable to properly serve the public.”  The facts that financial institutions’ revenue, profitability and lending have all gone up, some by record amounts, proves this claim to be, roughly, 100% wrong:  “Trump says CFPB ‘devastated’ financial institutions. The numbers tell a different story”;  “Fact Check: Bank Sector Not in Ruins, Despite Trump CFPB Claim”; “Republicans Say the CFPB is Crippling the Economy. Really?”; FDIC Chairman “Financial Regulation: A Post-Crisis Perspective”; Dennis Kelleher “Financial Reform is Working, But Deregulation That Incentivizes One-Way Bets is Sowing the Seeds of Another Catastrophic Financial Crash.” 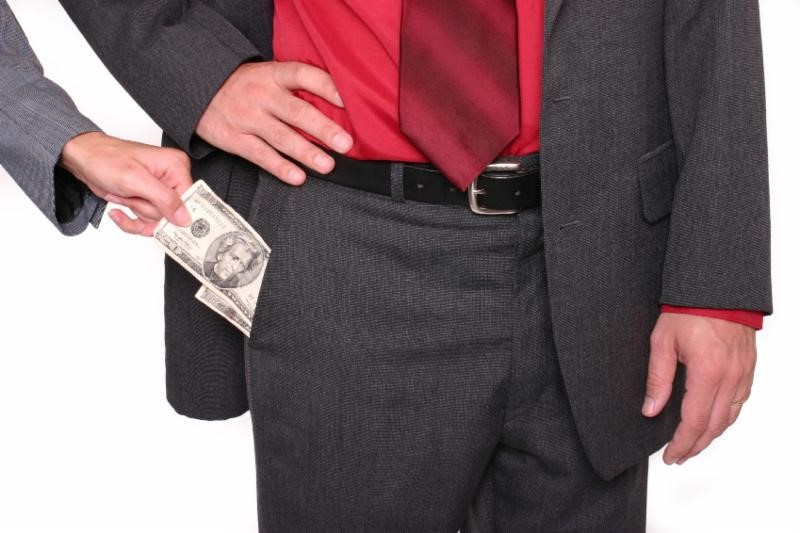 Giving the Commodity Futures Trading Commission (CFTC) a budget of only $250 million to perform all of its duties regulating, supervising and policing the $400 trillion U.S. derivatives market is like telling the police to use a tricycle with flat tiers to chase a bank robber in a speeding Ferrari.

Yet that is exactly what the Senate Appropriation Committee did recently in refusing a request for a very modest increase in the agency’s annual budget to $281.5 million and instead keeping it at the same $250 million it has been at for the last several years.  While still a woefully insufficient amount for the CFTC to adequately discharge its duties, we applaud Chairman Giancarlo for courageously trying to secure additional funding.

The CFTC, along with the SEC, are the cops on the Wall Street beat. They are the frontline defense protecting America’s workers, families, taxpayers, and communities from financial predators and another financial crash.  These agencies have been chronically underfunded for years, despite numerous calls for increased funding, by Wall Street’s political allies.

Grossly underfunding these agencies has allowed some on Wall Street to return to their high-risk pre-crash ways of doing business, endangering our financial stability and undermining the mission of financial reform. That’s why we’ve consistently called for full and independent funding of these agencies to give them the resources they need to do their jobs protecting the public from reckless, irresponsible, and, at times, criminal behavior in the financial industry. 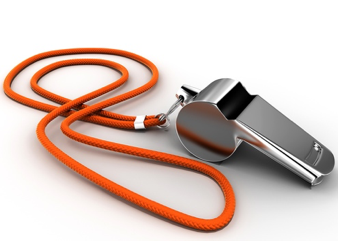 Created by the Dodd-Frank law, the SEC’s Office of the Whistleblower (OWB), as we have written in the past, is an enormous public service because it encourages whistleblowers to come forward and enables the SEC to investigate lawbreaking it would never otherwise even know about.

The OWB just published its most recent annual report, capping off another successful year.  In 2017, the OWB ordered whistleblower awards of nearly $50 million to 12 individuals.  Since its creation, the office has awarded approximately $160 million to 46 whistleblowers, and this does not even include the millions that have been returned to investors as a result of the cases filed due to information provided by whistleblowers:  that amounts to more than $671 million in disgorgement of ill-gotten gains and interest that has been paid to or is due to be returned to harmed investors.

When you hear people criticizing regulation, financial reform, or the Dodd-Frank Act, remember that massive frauds have been uncovered, investigated and stopped thanks to the Office of the Whistleblower. 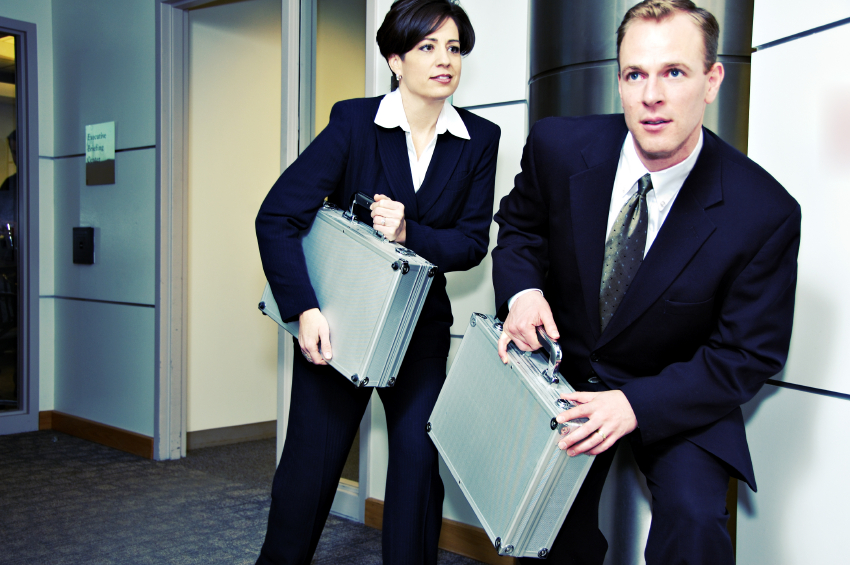 Databases Do Not Protect Investors; Barring Repeat Offenders From the Industry is What is Needed

The SEC announced recently that it is launching a searchable database of individuals who have violated federal securities laws and have been barred or suspended from doing business with investors.  The database will, along with FINRA’s BrokerCheck on-line system, make it easier for investors to check the backgrounds of individual brokers.  While transparency initiatives such as these are a positive development, they must not be allowed to distract attention from a larger problem:  There are far too many bad brokers who have never been expelled from the industry and who pose a constant threat to investors.

At first glance, this new database, along with BrokerCheck, should allow investors to better protect themselves against the worst recidivist or unscrupulous broker reps who have actually been kicked out of the industry.  But what about the countless other reps who repeatedly violate the law and yet remain in the business with a mere fine or censure?

A FINRA initiative announced in January this year highlighted the absurdity of the forgiving approach to lawless brokers.  At the top of FINRA’s annual priority list was their plan to “devote particular attention to firms’ hiring and monitoring of high-risk and recidivist brokers, including whether firms establish appropriate supervisory and compliance controls for such persons.”  But instead of agonizing over how firms should control the behavior of their bad-apple reps, how about expelling them from the industry altogether?  The bottom line is that no amount of supervision or background-checking can substitute for affirmative steps to rid the industry of chronic, repeat offenders.

We are concerned that the new searchable archive announced by the SEC signifies a resurgence of a minimal regulatory philosophy which leaves it up to investors to protect themselves, while tossing them a few new disclosures or databases to help them along the way.  That’s basically a return to caveat emptor, which was discredited long ago as an ineffective way to police the financial markets.

Warnings and databases are simply not sufficient to address the underlying problem: Crooks are operating with the confidence that they can get caught again and again and stay in the business. For starters, and at a minimum, repeat offenders and fraudsters should be barred permanently from the brokerage and the investment advice industry, end of story.