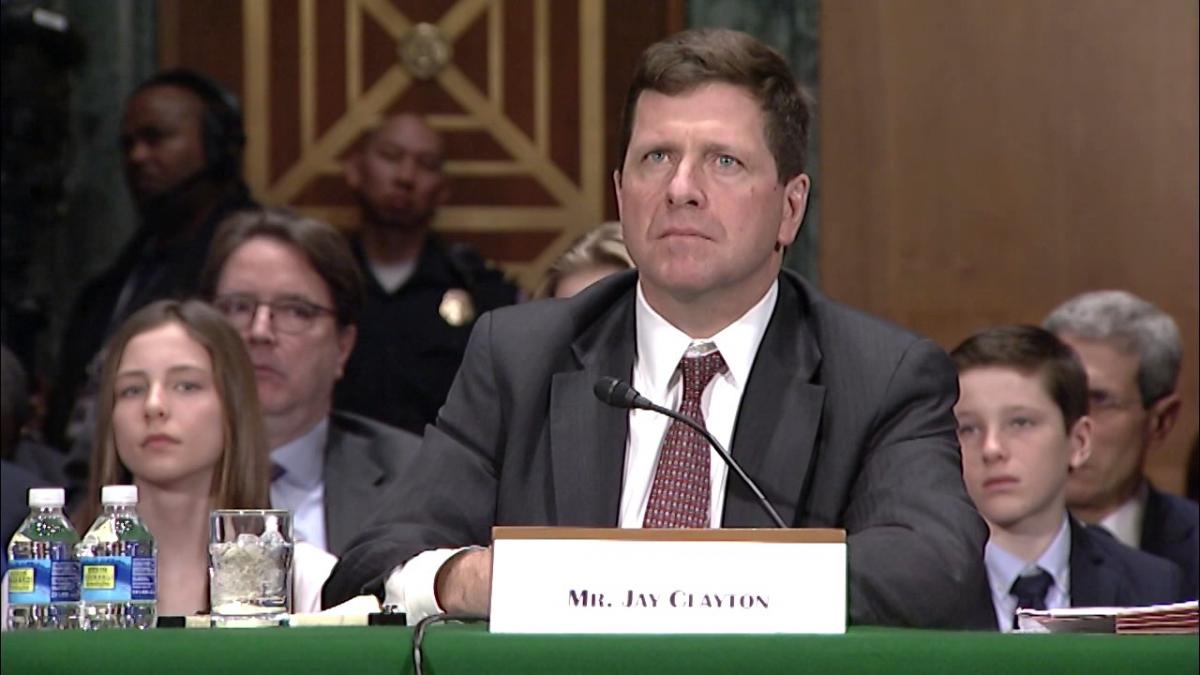 As we wrote just last week when discussing the SEC’s amicus brief supporting whistleblowers, we will not hesitate to applaud the agency when it deserves it.  Another such opportunity presented itself this week when, after being pressured by industry to delay data reporting for the Consolidated Audit Trail (CAT), Chairman Jay Clayton instead refused their request.  Better Markets sent a letter to him and issued a news release applauding the decision.

More than seven years after the Flash Crash, it is simply unacceptable that the SEC remains blindfolded in its market surveillance activities, lacking the most basic data and analytics to protect investors and markets.  The industry’s stated concerns about potential cyberattacks and violations of personal privacy are baseless pretexts and the demands for a hacker-proof system is designed to kill the CAT, which is already being built according to the highest security standards.

This is a very high profile, public test of the SEC.  If the industry fails to comply with the CAT timeline, then the SEC must use its enforcement authority against those who knowingly and intentionally defy the law. The industry has had more than ample time to comply and the SEC simply must continue to insist that it do so. Any attempts to sabotage the CAT, disobey the rules or undermine the SEC must be quickly met with a direct, forceful and clear response that meaningfully punishes the violators. Anything less will send a horrible message that will undermine the mission, authority and integrity of the SEC. 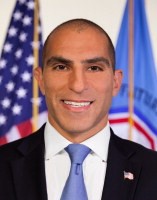 Unregulated, opaque and dangerous derivatives were at the core of causing and spreading the 2008 financial crash.  Not only were they packages of worthless financial products, but they also acted as a conveyor belt secretly distributing financial time bombs throughout the global financial system.  That’s why the derivatives financial reforms are so critically important and why the CFTC is one of the most important financial regulatory agencies most people have never heard of.

That’s the context for the arrival of a new CFTC Commissioner, Rostin Behnam, who delivered an encouraging, historically-informed, nuanced speech to an audience at Georgetown University’s McDonough School of Business Tuesday afternoon, entitled “The Dodd-Frank Inflection Point: Building on Derivatives Reform.”

His themes were that the derivatives reforms in the Dodd-Frank Act were bold but necessary given the regulatory gaps starkly revealed during the 2008 financial crisis, and now, amidst intense “rhetoric” calling for regulatory rollbacks, we should “build” on those reforms, not dismantle them.  Any changes, he added, must be based on facts and data, not arguments and claims, and be “narrowly tailored and surgical to ensure core reforms are kept whole and intact.”

Commissioner Behnam canvassed in some detail the four major swaps reforms in Dodd-Frank that have significantly contributed to post-crash financial stability: central clearing, exchange or SEF trading, data reporting, and capital and margin requirements.  One thing is clear: he is delving into his role as CFTC Commissioner with a commitment to thoughtful, well-informed, and data-driven analysis.  This is good news, because the data points overwhelmingly in one direction:  Thanks to—not in spite of—the Dodd-Frank reforms, our financial markets are increasingly stable, fair, and transparent, creating the conditions for long-term economic prosperity that benefits all Americans.  Repealing or even weakening those critical reforms will lead us inevitably to another devastating financial crisis.  As Commissioner Behnam said, “it’s not a time to turn back.”

It remains to be seen how far Commissioner Behnam will be willing to go to address any real and claimed “unintended consequences” of the new derivatives rules.  Having participated in more than 40 rulemakings at the CFTC, we’ll be watching with keen interest, hoping that he remain a strong defender of the risk-reducing reforms of the derivatives markets. 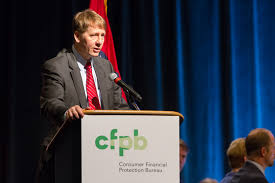 CFPB Director is a Consumer Superhero Who Set the Gold Standard

The announcement by the Director of the Consumer Financial Protection Bureau (CFPB), Richard Cordray, that he will be leaving the Bureau at the end of the month means the departure of one of the finest and most effective Wall Street cops to walk the financial consumer protection beat.

Director Cordray is a true financial consumer protection superhero who, in just a few short years, has set the gold standard for stopping and punishing financial predators, scammers and rip-off artists.  Without fear or favor, he fought to protect everyone with a bank account, credit card or mortgage, which is almost everyone in America.  The result?  More than $12 billion have been returned to almost 30 million Americans ripped off by financial firms.

There is simply no denying that Director Cordray has led an incredibly effective agency in policing Wall Street and that is why the financial industry and its powerful political allies have relentlessly tried to kill the CFPB.  Actually, there are $12 billion reasons why the industry has been trying to kill the agency:  that’s $12 billion the industry improperly moved from consumers’ pockets into their pockets and the industry would rather keep that money.

That’s why they have relentlessly and unfairly attacked Director Cordray for doing such a good job for the millions of hardworking Americans who want, expect and deserve consumer protection.   We urge President Trump to act like anti-Wall Street candidate Trump and appoint a director who will prioritize Main Street families not big financial firms. 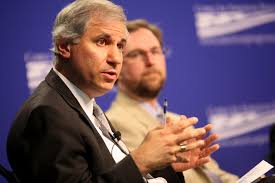 In what is likely to be his last public speech as the head of the Federal Deposit Insurance Corporation, Chairman Martin Gruenberg in a speech delivered at an event at the Brookings Institution “Financial regulation – a post-crisis perspective,” offered a warning against the current deregulatory fever gripping President Trump’s newly installed financial regulators and the dangers to the economy and the financial system of going too far.

Rolling back current financial protection rules would be misguided he said:

“Weakening the core reforms that apply to our largest banking organizations would increase the risk of future banking crises that would be very costly for the U.S. financial system and economy.”

Specifically, weakening capital and liquidity requirements, proprietary trading rules, and Orderly Liquidation Authority would all pose a systemic risk to the financial system.  Gruenberg also cautioned against changes in the asset threshold for stronger regulatory requirements:

“The danger is that changes to regulations could cross the line into substantial weakening of requirements.  Let’s be clear: Our largest banking organizations are not voluntarily holding the enhanced capital and liquid asset cushions required by current rules.”

Finally, as we have repeatedly detailed, Gruenberg also noted that banks have been prospering even under the Dodd-Frank rules protecting Main Street jobs, homes and savings:

“[T]he core reforms have promoted a strong banking industry that can support economic activity. By any traditional measure, the performance of the U.S. banking industry and its support to economic growth has been strong in this post-crisis period.”