If you loved bailing out AIG ($182 billion plus) and so many other reckless financial firms in 2008, then root for MetLife to win its lawsuit against the Financial Stability Oversight Council’s designation of it as systemically significant: October 1st marked the fifth anniversary of the first meeting of the Financial Stability Oversight Council (FSOC), the country’s only early warning system for systemic threats posed to our financial system and economy from nonbank financial firms. It is also the only entity that stands between taxpayers and future bailouts of such nonbank firms. 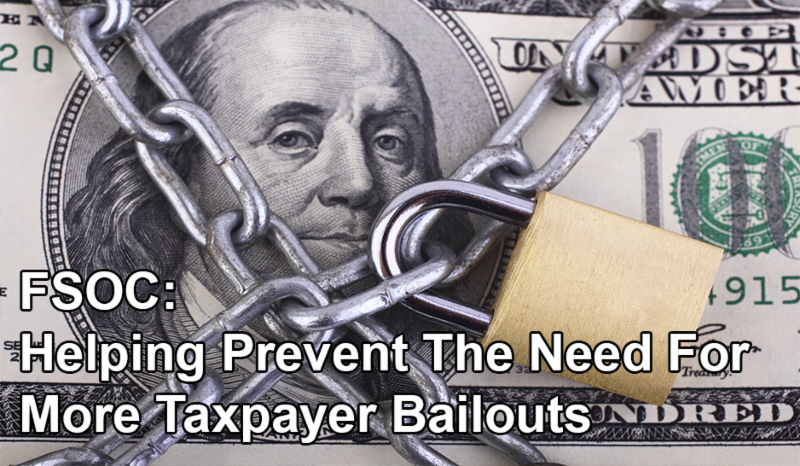 Before the 2008 crash, the insurance company AIG, the investment banks Bear Stearns, Lehman Brothers, Goldman Sachs, Morgan Stanley, and Merrill Lynch, the money market funds, and GE were all nonbank financial firms. No one foresaw the extraordinary risks that had built up in these nonbank financial conglomerates.

It was AIG’s surprise failure and its bailout seven years ago – which cost the government more than $182 billion – that demonstrated the need for and importance of the FSOC. There was widespread, bipartisan support for an entity like FSOC, including from many in industry, like the Financial Services Forum, the American Bankers Association, the Securities Industry and Financial Markets Association, and the Investment Company Institute.

The FSOC has designated only four nonbanks since 2010, confirming that it is acting responsibility to protect taxpayers and our financial system from another devastating financial crash. One of those designations was of MetLife, a global insurance company.

Don’t let the Snoopy ads fool you: MetLife operates in more than 60 countries and, as FSOC noted in its explanation of its designation, MetLife engages in a variety of complex, high-risk financial activities – including funding-agreement backed securities, commercial paper issuance and securities lending activities – that, in the event of financial distress, could create liquidity problems that get transmitted across our financial system.

That’s why FSOC conducted an analysis and made the decision after careful consideration to subject MetLife to enhanced oversight. But now, MetLife has sued to try to get a court to overrule the FSOC’s decision and avoid systemic regulation.

As Better Markets has outlined, FSOC’s decision was correct. MetLife’s complaint argues that FSOC based its designation decision merely on the potential threat to U.S. financial stability that MetLife could pose, but FSOC must act before a crash and crisis in the face of inevitable uncertainty and address possible—not certain—systemic threats to American’s jobs, homes, savings, retirements and so much more.

This is precisely what Congress created FSOC to do under the Dodd-Frank Wall Street reform law.  If FSOC had to wait for certainty, then the threat to our financial system and economy would already materialize and taxpayers would again be on the hook.

The painful lessons of the 2008 financial crisis, which will cost America’s hardworking families  more than $20 trillion and counting, proved that the U.S. needed an early warning system and that’s what FSOC is designed to be. To learn more about the FSOC and the importance of the Council, click here to read our new fact sheet. 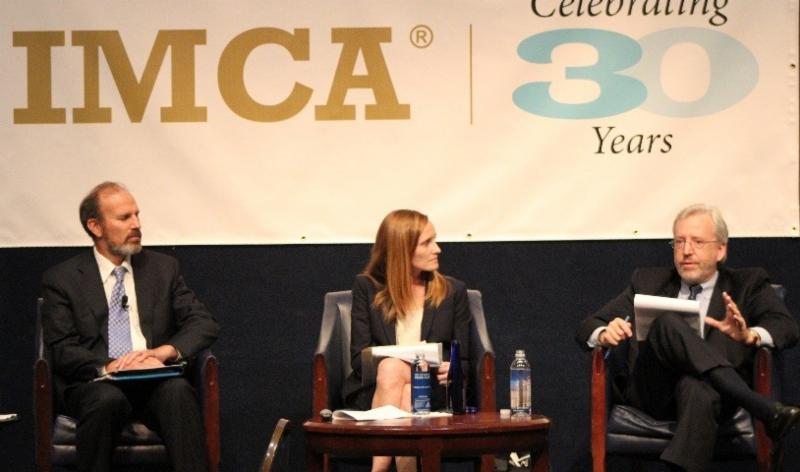 In particular, Mr. Hall provided a much-needed public interest perspective on the problems with the outdated 40 year-old DOL rule, the ongoing harm to investors from its loopholes, and the many benefits of the DOL’s proposed solution. Mr. Hall focused on specific industry claims being used to defeat the proposal. He noted that contrary to industry arguments, the rule will actually help small savers, as they can least afford the losses in retirement savings resulting from conflicted advice. He pointed out that small savers aren’t being served now.  For example, both UBS and Morgan Stanley Smith Barney don’t pay brokers to serve accounts with less than $100,000 and Bank of America and Merrill Lynch won’t pay if there’s less than $250,000 in an account.  Also, if brokers and other firms really do stop serving modest savers under the new rule, there are many investment advisers, financial planners, and innovative advisory firms that are happy to provide affordable fiduciary advice to savers at all income levels because there’s still plenty of money to be made by providing unconflicted advice.

Mr. Hall also countered the idea that the DOL should be prohibited from moving forward with its updated fiduciary duty rule until the Securities and Exchange Commission (SEC) gets around to fixing its own deficient and outdated regulations governing securities advice. He made clear how forcing the DOL to wait for the SEC to act is really just a tactic to delay these critical new protections for workers and retirees. That’s because the DOL and SEC have different statutes and mandates, and no SEC fiduciary rule could ever protect all of the assets that retirement accounts can hold, since the SEC only regulates securities.  He added that the SEC hasn’t even decided whether to develop a rule of its own, and is years away from a final rule if it does act.

The facts are clear: gaps in the DOL’s 40-year old rule have created a deeply flawed system, one that allows advisers to put their own interests ahead of their clients saving for retirement. While not all advisers take advantage of this system, far too many do, since current law allows them to.  Moreover, the incentives to do so are so large they are virtually irresistible.  As a result, this is costing workers and retirees tens of billions of dollars a year.

Americans saving for retirement expect and deserve unconflicted advice, and the DOL’s proposed rule is a common sense solution that should be law. As Better Markets made clear in its most recent comment letter supporting this rule during the agency’s unprecedented second comment period, the DOL has all the information it needs to finalize this rule, which it should do quickly to help tens of millions of Americans build a secure and dignified retirement.

For some, DOL fiduciary rule is proverbial road to hell: Benefits Pro by Nick Thornton 9/30/2015

How Elizabeth Warren Picked a Fight With Brookings — and Won: The Washington Post by Tom Hamburger 9/29/2015

Is Your Financial Adviser Making Money Off Your Bad Investments?: New York Times by Lily Batchelder and Jared Bernstein 9/29/2015