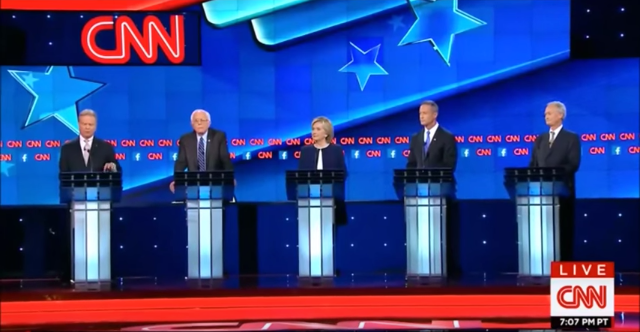 The Democratic candidates debated financial reform and why that is so important to everyone in the country: The American people are still suffering from the economic wreckage caused by the 2008 financial crash (as our Cost of the Crisis report details). For too many American families, the crisis that started seven years ago has never ended as they continue to struggle with lost jobs, homes, savings and so much more. This devastation must never be allowed to happen to our country again. Stopping the too-big-to-fail Wall Street banks from ever again threatening our prosperity and standard of living has to be job one for our next President.

The 2008 crash is going to cost the U.S. more than $20 trillion. That’s why this issue is really about the economic security and opportunity of all Americans. This is about making sure that the resources of the country are never again diverted from national priorities to bailing out Wall Street. This is about whether finance serves society and the real economy or whether it is a threat to everyone’s jobs, homes, savings and the American Dream. That’s why the American people are so concerned about these issues.

The good news is that we know how to do this because we did it during the Great Depression of the 1930s. That’s when a number of laws, rules and regulations were passed that put in multiple layers of protections of different types to protect Main Street and our economy from Wall Street and its gambling. Those key reforms were regulatory, supervisory and structural. Remarkably, they lasted and protected us for almost 70 years, until de-regulation, non-regulation and lack of enforcement, much of it due to the money and lobbying power of Wall Street, ripped down those protections. That’s what brought on the worst financial crash since 1929, resulted in the biggest Wall Street bailout in the history of the country and almost caused a second Great Depression.

That’s why the key question anyone who wants to be President must answer is this:  “How are you going to make sure that Main Street is protected from Wall Street so that the American people never again have to suffer because of Wall Street’s gambling?”

That’s also why Better Markets has been calling on the candidates to release comprehensive, concrete, detailed plans as to how they would do this. Two Democratic candidates have done so: read former Gov. Martin O’Malley’s plan here and former Secretary of State Hillary Clinton’s plan here. The third, Sen. Bernie Sanders, has released a list of bills he has sponsored or co-sponsored, votes he has taken and issues he has fought for, as listed on his website here. This is important because the only way to hold candidates accountable once they get into office is if they make specific, concrete proposals before they are elected, and these plans do that to varying degrees.

While there was too little discussion at the Democratic debate about the financial crash, the economic crisis and Wall Street, some of these issues were briefly discussed. Sen. Sanders and former Gov. O’Malley highlighted the importance of imposing a modern day Glass-Steagall-like law, which was the key structural legal protection enacted following the Great Depression. This law prohibited the same bank from engaging in both relatively low-risk traditional banking (using FDIC-insured deposits and Fed-backing to make mortgage and business loans) and higher-risk securities trading and investment banking. That law was effectively repealed in 1999. 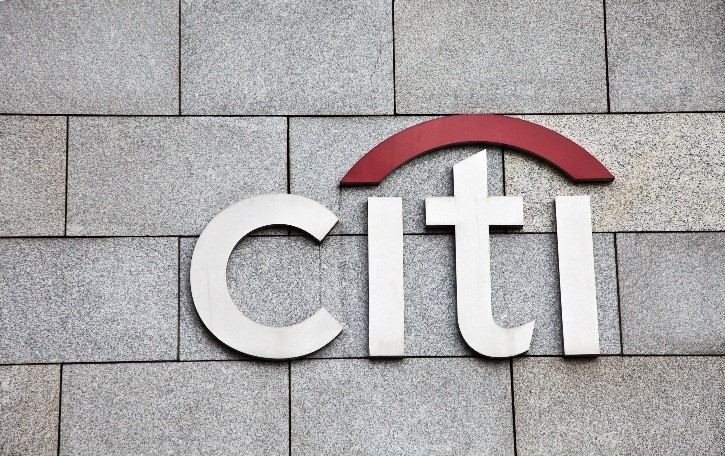 Some are now saying that the repeal of Glass-Steagall had little if anything to do with contributing to the financial crash in 2008, but that’s just wrong and an after-the-fact attempt to rewrite history. For example, New York based Citigroup (which wasn’t mentioned during the debate) was formed in 1998 in one of the largest corporate mergers in history with the intent of becoming the largest financial conglomerate in the world, but it required that the Glass-Steagall law be repealed, which happened the next year. Citigroup then supersized itself and went on a reckless gambling binge that caused it to fail spectacularly just a few years later, in 2008. Effectively bankrupt and threatening a financial catastrophe endangering the entire financial system, Citigroup (like the rest of Wall Street) required multiple taxpayer-backed bailouts, ultimately totaling almost $500 billion. It was the single largest bailout recipient during the entire crash and crisis. But, Citigroup isn’t the only example of how the repeal of Glass-Steagall contributed to causing the 2008 financial crash, as we detailed in a fact sheet, available here.

While the discussion of a structural protection like a Glass-Steagall-like law is important, it isn’t a solution to the entire threat posed by Wall Street. Unfortunately, there isn’t any single solution to that threat, which comes from systemically significant banks and nonbanks, as several candidates, including former Sec. Clinton, pointed out. While still a little light on details, Sec. Clinton’s plan also talks about increased capital, a risk fee, an HFT fee, wholesale funding, plugging Volcker rule loopholes, restoring the swaps push out, claw-backs/industry bars/extending statute of limitations, and SEC/CFTC funding, among other things.

While there are some good provisions in her plan, there is still a troubling over-reliance on regulators and on a future Congress passing laws cracking down on Wall Street, which is remote at best. Sec. Clinton was exactly right in her Bloomberg View Op Ed: “In the years before the crash, as financial firms piled risk upon risk, regulators in Washington either couldn’t or wouldn’t keep up.”

That’s why the protection of the American people simply can’t be overly dependent upon regulators, even assuming total good faith, diligence and competence. That’s also why we need to rebuild multiple layers of different types of protection between Wall Street and Main Street. And, finally, that’s why we need to hear more from the Democratic and Republican candidates on these issues, including specifically how they will use the existing Dodd-Frank law to prevent another crash, including the very powerful resolution authority that could very effectively address too-big-to-fail. 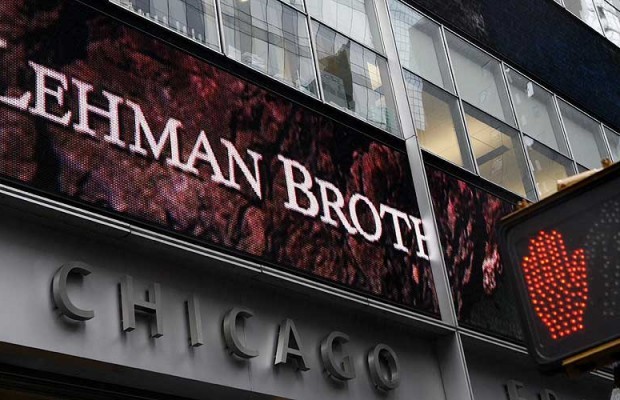 Ben Bernanke, Lehman Brothers, and the courage to take on the banks: As Former Chairman of the Federal Reserve Board Ben Bernanke made the media rounds in advance of his new memoir, The Courage to Act, hitting the bookstores, two of his remarks stood out. The first is that as Chairman of the Federal Reserve, Mr. Bernanke found the September 2008 failure of Lehman Brothers to be a “terrible surreal moment,” in which events unfolded in a blur. The second is that some Wall Street executives should have gone to prison for the role they played in helping to bring about the financial crisis.

In a post titled What Takes Courage is to Admit Failure, Better Markets Senior Counsel and Director of Research Frank Medina has written about how these two seemingly unrelated comments really aren’t:

“At first glance, these two remarks seem to have nothing to do with each other, but a closer look shows otherwise. The conventional narrative is that the financial crisis suddenly erupted in the fall of 2008, catching everyone—regulators and market participants alike—completely unaware. But in fact Lehman’s failure—the spark that ignited the financial crash and precipitated the economic crisis—was something that the Federal Reserve should have anticipated, certainly no later than the failure of Bear Stearns in the spring of 2008. (We won’t detail here the many reasons the Fed should have seen the catastrophe coming long before then.)”

You can read Mr. Medina’s piece here. And don’t miss a must-read piece about Mr. Bernanke’s book from Anat Admati, a leading authoritative voice in the fight to re-frame the conversation surrounding too-big-to-fail and the need for much more capital to ensure durable financial reform. In a piece titled Where’s the Courage to Act on Banks?, Ms. Admati writes:

“Bernanke deserves a great deal of credit for helping prevent a collapse of the U.S. financial system. But in his book he is too sanguine about the progress regulators have made. Policy makers will need courage of a different kind to stand up to the narrow interests of the financial industry and refocus the messy effort at regulatory reform.”

You can read her full article here and learn more about her indispensable book with Martin Hellwig, The Bankers’ New Clothes, here.