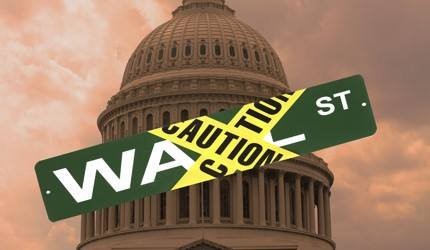 What is more important than fighting terrorism, educating our children, researching cures for cancer, cleaning up polluted air and water, and other national priorities? Wall Street is holding these priorities hostage to its dangerous deregulation agenda:  As Carter Dougherty recently wrote in a piece titled Warren Tries to Head Off Wall Street Gifts on Congressional Christmas Trees:

“As 2015 winds down, Wall Street is looking forward to a holiday. Not the kind that families around the world celebrate on Dec. 25, but that uniquely Washington kind of celebration in which gifts, in the form of bank-friendly legislation, get hung on ‘Christmas trees’ — Capitol Hill slang for big, must-pass bills.”

This is the same playbook Wall Street used with the funding bill in December of last year, when its lobbyists got their allies in Congress to attach the swaps push out provision to the must-pass bill. As Minority Leader Nancy Pelosi, Congresswoman Waters, Senator Warren and many others made clear at the time when they opposed this Wall Street giveaway, this provision was literally written by Wall Street, penned by lobbyists for Citigroup. JPMorgan Chase’s CEO, Jamie Dimon, even personally called members of Congress to lobby them to support it. These two Wall Street trading giants won big, but taxpayers were put back on the hook for their high-risk derivatives dealing.

This year, Wall Street is attacking safeguards on all fronts as the appropriations bill is coming together. It’s trying to eviscerate one of the most important institutions established under the Dodd-Frank Wall Street Reform law, the Financial Stability Oversight Council. It’s also trying to undermine the work of the Consumer Financial Protection Bureau by trying to get its allies in Washington to change the leadership structure of this effective agency from a single director to a commission in an effort to deadlock its work and effectively prevent it from carrying out its mission fighting for consumers. Wall Street is even trying to use the appropriations process to kill a key Department of Labor rule to protect the savings of tens of millions of retirement savers (more on that rule is below).

Don’t be fooled: no matter how they are (mis)labeled, these are Wall Street special interest de-regulation provisions that will unleash Wall Street and let it police itself again, which will lead to more financial failures, crashes, crises and bailouts. The last one cost the American people more than $20 trillion in lost jobs, homes, savings, retirements and so much more.

These provisions would put the American people at risk just seven years after the devastating 2008 financial crash. The Dodd-Frank law is just five years old, this is no time to be rolling back the law or putting the interests of Wall Street before doing what’s right for Main Street. Members of Congress should see these provisions for what they really are: poison pills that have no place in any appropriations bill. The American people deserve a clean appropriations bill free of Wall Street’s special interest provisions. 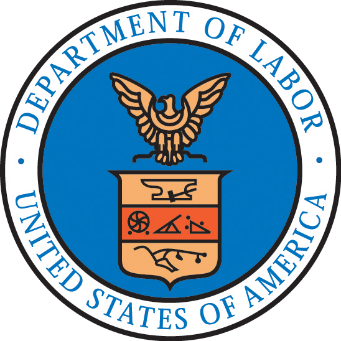 “Forty-seven House Democrats are threatening to derail the Obama administration’s effort to protect Americans from retirement advisers who put their own interest in earning commissions above their clients’ need for expert advice. Last week, the lawmakers wrote to Labor Secretary Thomas Perez, who leads the effort, asking for a delay in the rule-making process to allow for more public comment… The Democrats’ request, if granted, would interrupt this process and very likely make it impossible to finalize the rules before the end of 2016, leaving the next administration to grapple with them anew (if a Democrat wins) or ditch them (if a Republican wins).”

Better Markets made these points to members of the House of Representatives in a recent letter urging them not to sign on to this effort. Regardless of the intentions of the authors and cosigners, the practical effect of reopening and extending the comment period would be the same outcome that the Koch Brothers and Wall Street are trying to achieve: delaying, watering down and, ultimately, killing a rule that protects hardworking Americans’ retirement savings.

An additional round of comments at this late stage will not produce any new information while miring the agency in a prolonged and unnecessary review process—ultimately derailing and likely defeating a rule that merely seeks to put the best interests of retirement savers first. The Department of Labor should finalize this rule as quickly as possible without Congressional interference to finally help tens of millions of Americans who are trying to save for a dignified and secure retirement. 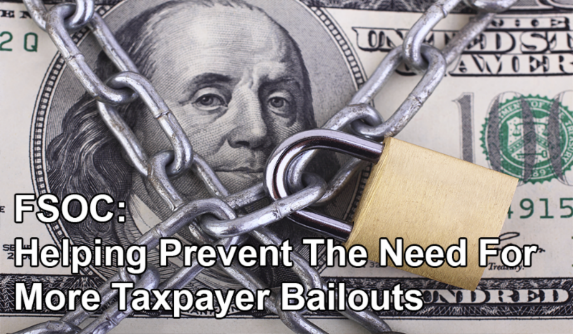 The Financial Stability Oversight Council’s open session gives the American people the transparency they deserve: The Financial Stability Oversight Council (FSOC) held an open session last week, which included updates on its work relating to asset management and cybersecurity. FSOC is our nation’s only financial watchdog responsible for policing systemic risk wherever it may appear and for ensuring that systemically dangerous nonbanks are identified, analyzed and regulated. FSOC’s open session provided the American people with the opportunity to see the difficult issues that the Treasury Secretary and the nation’s other most senior financial regulators are tackling. They are working to protect America’s families from risks that could cause future financial crashes as well as from paying for future bailouts like AIG, Goldman Sachs, Morgan Stanley, money market funds, and so much more that happened in 2008. We applaud FSOC for its transparency and for providing the public information on its vitally important work.

Where the Candidates Stand on Advisors’ Issues: Think Advisor by Melanie Waddell 11/2/2015

Who Are Bankers Backing for President?: American Banker by Victoria Finkle 11/9/2015

Algo Traders, Regulators and the Age of the ‘Wall Street’ Second: Financial Times by Robin Wigglesworth 11/6/2015