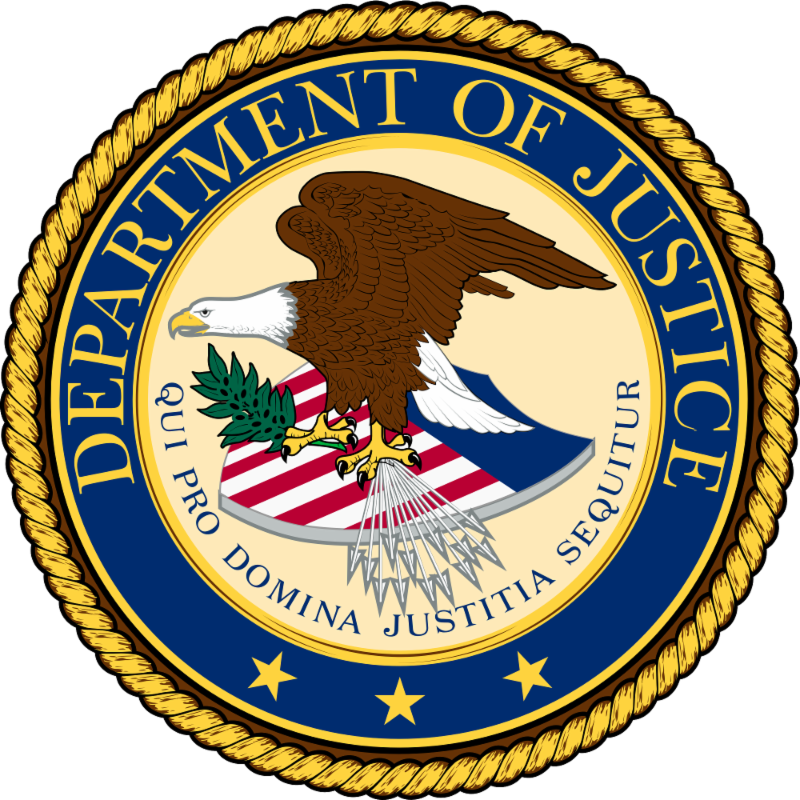 Court ruling shows DOJ and SEC dereliction of duty and failure to enforce the law on Wall Street: In a major ruling, Judge Denise Cote of the Federal District Court in Southern District of New York ruled this week that Nomura Holdings and Royal Bank of Scotland knowingly sold Fannie and Freddie toxic securities, inflating the subprime bubble that helped cause the 2008 economic crash.

The judge saw extensive evidence of illegal behavior, writing that, “The magnitude of falsity, conservatively measured, is enormous.” Further, the judge found that the banks’ behavior “not only contributed to the collapse of the housing market… but once that collapse started, improperly underwritten loans were hit hardest and drove the collapse even further.”

The lengthy, detailed decision in this case is a major public service to the American people. It gives them a very rare look into the egregious illegal actions by the biggest banks. It also proves the point Better Markets has been making for years: if anyone was serious about investigating who did what at Wall Street’s biggest banks in the years leading to the financial crash in 2008, then they’d find illegal – if not criminal – conduct.

This case shows that there is a mountain of evidence out there which no one has ever looked at. All the while, the wrongdoers at the big Wall Street banks are running free to do it all over again, confident that they will not be caught or, for that matter, even investigated. Remember, the pile of evidence detailed in the opinion and during the trial was uncovered by private lawyers in civil litigation during normal discovery. As every lawyer knows, not only is that inefficient, but it is also often incomplete. Imagine what a dedicated Department of Justice prosecutor with subpoena power and a grand jury could find if they were really interested in investigating Wall Street or prosecuting criminal behavior. Same for the SEC. This case shows the failures of both the DOJ & SEC in letting the Wall Street lawbreakers get away, which will only incentivize more crimes and create lots more victims.

Longtime fighter for financial reform, SEC Commissioner Stein stands up for the American people and against SEC’s broken “not even a slap-on-the-wrist” waiver process: Whenever the big banks on Wall Street have to cut a sweetheart deal for illegal conduct that they just can’t avoid, they run to the SEC asking for a special waiver so they can still conduct business as usual, as though their wrongdoing never even happened and had no consequences. All too often, the SEC is quick to grant these waivers – often to repeat offenders – with no transparency and without justifying their actions. That’s part of the reason why the SEC’s record of holding bad actors on Wall Street accountable is so abysmal.

We saw this again last week when the SEC granted Deutsche Bank a waiver to maintain its privileged status as a “Well-Known Seasoned Issuer” (WKSI) after the bank last month pled guilty to manipulating LIBOR and paid a record $2.5 billion penalty. The manipulation scandal affected mortgage holders, municipalities issuing bonds, and investors with floating-rate financial products, and further lowered the public’s trust in the bank.

In a powerful statement, Commissioner Kara Stein made clear she disagreed with the SEC’s decision. She outlined why firms with a recidivist criminal history should not be granted privileged statuses, saying:

“Deutsche Bank’s illegal conduct involved nearly a decade of lying, cheating, and stealing. This criminal conduct was pervasive and widespread, involving dozens of employees from Deutsche Bank offices including New York, Frankfurt, Tokyo, and London. Deutsche Bank’s traders engaged in a brazen scheme to defraud Deutsche Bank’s counterparties and the worldwide financial marketplace by secretly manipulating LIBOR. The conduct is appalling. It was a complete criminal fraud upon theworldwide marketplace.” (Emphasis added)

“Since 2004, Deutsche Bank has, among other violations, a criminal admission of wrongdoing connected to promoting tax shelters, a settlement involving misleading investors about auction rate securities, and a violation against its investment bank forimproperly asserting influence over research analysts.”

These actions were so egregious that the bank had to request waivers in 2007 and again in 2009. The fact that this firm broke so many laws over such a long period of time and still received a waiver from the SEC is a stinging reminder of how broken the waiver system really is. Commissioner Stein deserves praise for standing up for the American people and speaking out against the SEC’s decision to grant Deutsche Bank yet another waiver.

And, although not well known, she’s been doing that for years, although less visibly. Prior to becoming an SEC Commissioner in 2013, she was a longtime aide to Sen. Jack Reed (D-RI) for 14 years. Among many other prominent roles tackling key issues, Stein was the Staff Director of the Securities, Insurance and Investment Subcommittee of the Senate Committee on Banking, Housing and Urban Affairs for four years. Not only is she extremely knowledgeable of the matters within the jurisdiction of the SEC, but for years she has been an astute observer of markets and market participants, good and bad. As important, she was a senior Senate staffer who helped craft and draft many of the key provisions of the Dodd Frank Wall Street Reform and Consumer Protection Act.

All of which is to say that her latest fight against unjustified waivers and against egregious illegal conduct follows almost two decades of unwavering commitment to protecting investors, markets, market participants, taxpayers, the financial system and our economy. 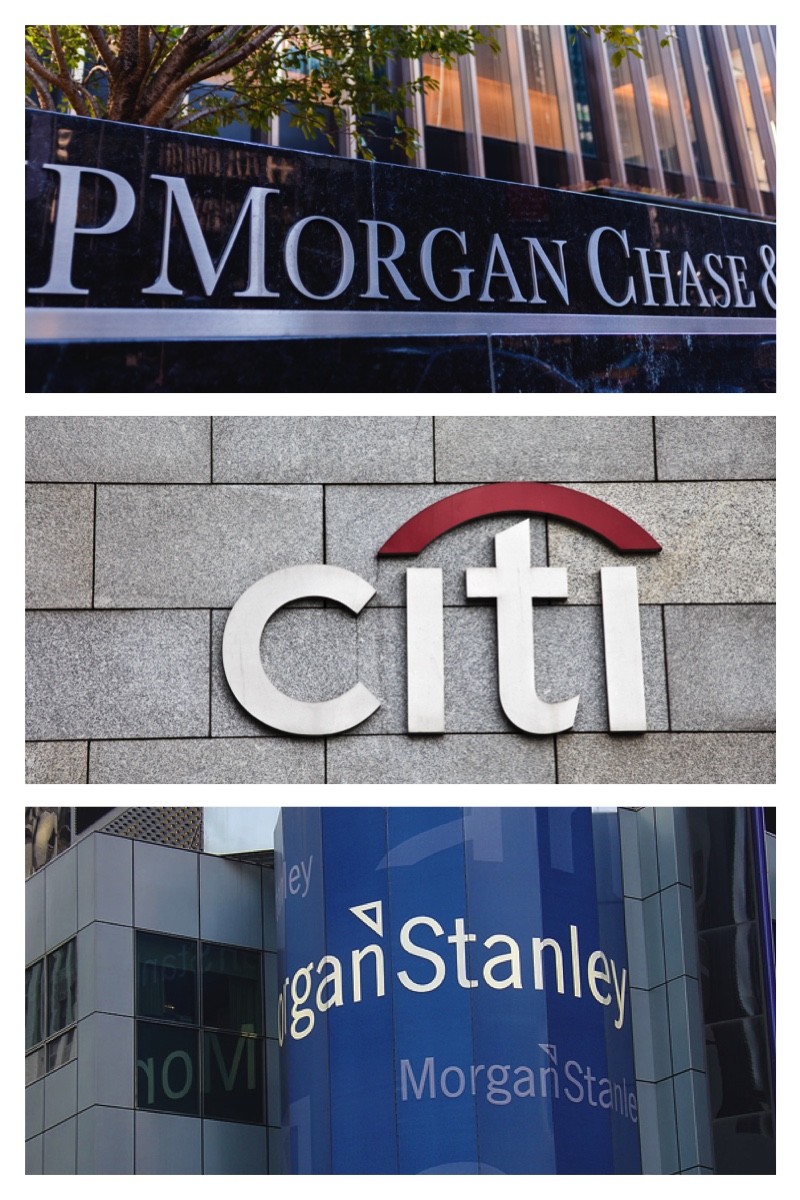 “Top executives from the biggest U.S. banks, concerned about anti-Wall Street rhetoric already bubbling up on the 2016 campaign trail, are working to push back against the prevailing narrative that banks are bad.”

First, the “prevailing narrative” isn’t that “banks are bad.” It’s that Wall Street’s handful of very dangerous too big to fail, too big to manage, too big to jail banks are bad because they crashed the financial system, received bailouts, and aren’t accountability for their reckless and illegal conduct. In fact, it’s a misnomer to call them “banks.” “Gambling dens,” maybe, even “bloated bonus-generation machines,” but not banks. However, that’s a key part of Wall Street’s PR strategy: pretend that Wall Street’s handful of biggest banks are really just like the 6,500 real banks, especially community banks, which almost exclusively finance people and businesses that produce goods and services that people need and want.

Wall Street’s reckless, risky behavior – which caused the worst recession since the Great Depression and cost our economy more than $1.2 trillion – has devastated families and touched every part of the United States and the globe. But – astonishingly –  this handful of dangerous, too big to fail banks aren’t planning to improve their reputation by cleaning up their act, stopping their repeated illegal behavior and dedicate themselves to really helping to grow businesses, jobs and the economy. No, their plan is to launch another PR campaign ahead of the next election.

But the polls are clear: Americans still distrust the big banks on Wall Street and strongly support stricter financial reforms to better regulate how they conduct their business. Voters understand that the bad actors on Wall Street are hurting hardworking Americans. Until Wall Street gets serious about genuinely following the law, implementing meaningful reforms, de-risking so that they aren’t a dangerous threat to all Americans, and ending their special interest lobbying, their PR spin campaigns won’t deceive the American people, many of whom are still suffering from the economic wreckage caused by Wall Street. 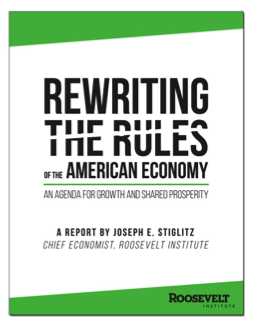 New Roosevelt Institute report highlights the urgent need to rethink and rebalance the financial system so that it works for hardworking Americans and revitalizes the stressed and squeezed middle class: On Tuesday, the Roosevelt Institute unveiled an important new report at the National Press Club in Washington DC: Rewriting the Rules of the American Economy: An Agenda for Growth and Shared Prosperity. The report was presented by its primary author, Roosevelt Institute Senior Fellow and Chief Economist, Nobel Prize winning Columbia University economist Joseph Stiglitz.

The report highlights the economic insecurity hardworking Americans are facing all across the country, outlining how, “[o]ver the last 35 years, America’s policy choices have been grounded in false assumptions, and the result is a weakened economy in which most Americans struggle to achieve or maintain a middle-class lifestyle while a small percentage enjoy an increasingly large share of the nation’s wealth.”  You can learn more about the report and read it here.