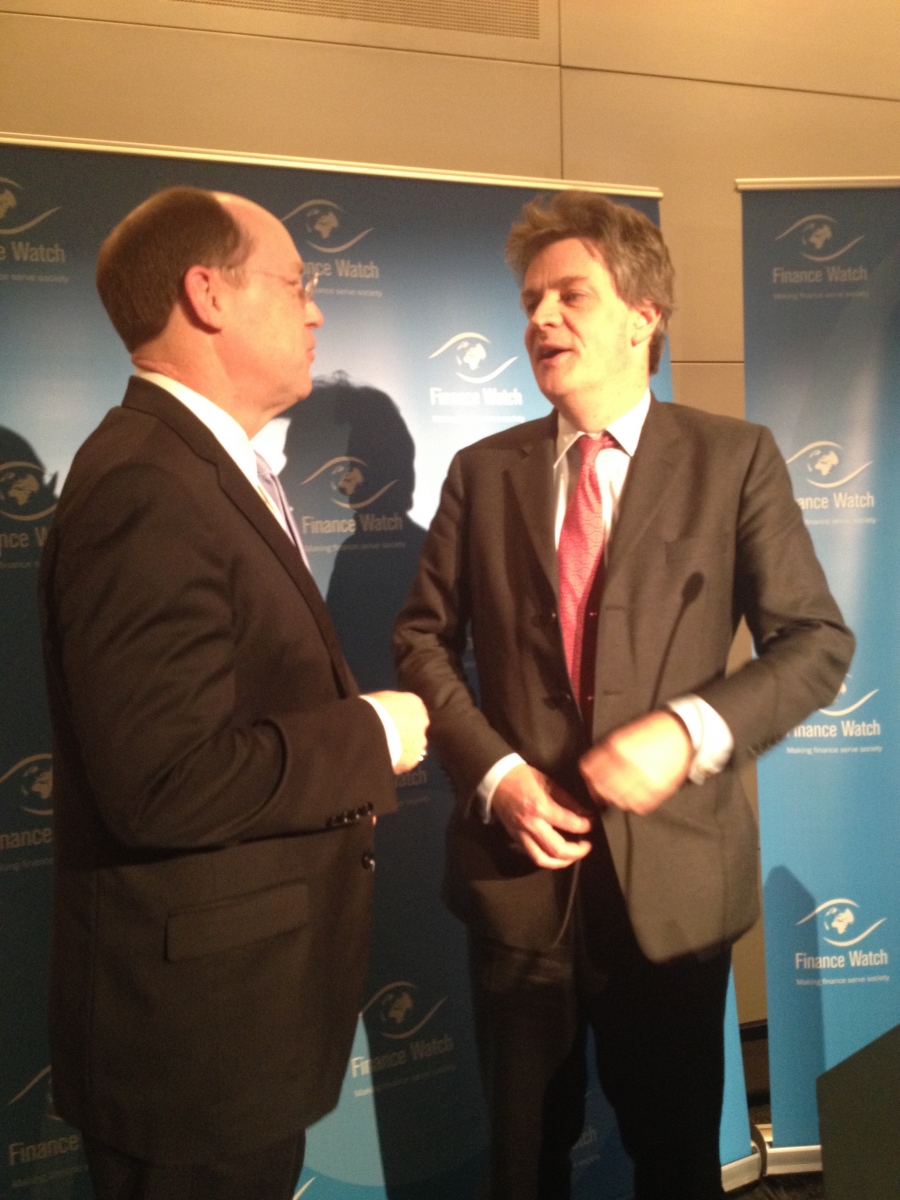 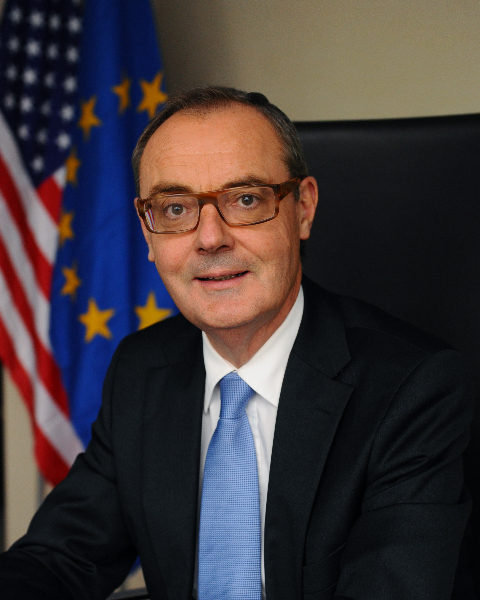 Ambassador of the EU to the US David O’Sullivan

Better Markets fights for financial reform from Brussels to Washington, DC: Playing countries and regulators against each other, while exaggerating concerns about domestic financial firms, has long been a very effective financial industry strategy to weaken or kill even the most sensible financial rules of the road to protect the public. That global race to the regulatory bottom is what laid the groundwork for the 2008 crash and crisis. That is why Better Markets has staff in Brussels and London and why CEO Dennis Kelleher is often overseas, meeting with elected officials, policy makers, regulators, industry and others. This was the case just a few weeks ago.

Last week a contingent of European policymakers were in DC to continue the ongoing dialogue between the EU and the US.  European Commissioner Jonathan Hill was the lead, accompanied by Jonathan Faull, EC Director General for financial services, and hosted by the Ambassador of the EU to the US David O’Sullivan. Mr. Hill is in charge of Financial Stability, Financial Services and Capital Markets Union. Dennis Kelleher met with Mr. Hill in Brussels a few weeks ago when they both gave speeches at the same conference. Mr. Kelleher’s was tilted, “The Facts Missing from the Financial Reform Debate“, and Mr. Hill’s was, “Finance at Your Service – Capital Markets Union as an Instrument of Sustainable Growth.”

While this trip to the US was primarily to meet with officials at the Treasury, CFTC, SEC and other government agencies, Mr. Hill and Mr. Kelleher also had the opportunity to meet and discuss financial markets and financial reform. In particular, the discussions included the EC’s recent green paper on capital markets union, systemic risks, banks and banker law-breaking, TTIP and many other issues. While there are always going to be disagreements, there’s much more that we agree on than not. There’s lots of work left to do on both sides of the Atlantic, and we must work together to the maximum extent and remain vigilant, preventing yet another race to the bottom that ushers in another crash and economic calamity.

The rule is expected to require financial advisors to be held to a fiduciary duty standard, similar to the standards imposed on doctors and lawyers. In other words, financial advisors would have to put the best interest of their clients first, not their own personal interests.

President Obama outlined the problems facing people trying to save for retirement now in his address when he said, “Many financial advisers put their clients’ interest first – but some financial advisers get backdoor payments and hidden fees in exchange for steering people into bad investments. All told, bad advice that results from these conflicts of interest costs middle-class and working families about $17 billion every year.”

It’s not just the Obama Administration and leaders on Capitol Hill that are supporting this rule. The New York Times editorial board also advocated for this rule in an editorial Sunday:

“Even conceding the financial services industry’s inordinate clout in Washington, the notion of a fiduciary duty for retirement advisers should be uncontroversial.”

And there was a terrific piece in today’s New York Times, noting that “Americans aren’t saving enough for retirement, but [this] change could help.”

We couldn’t agree more. We’re not suggesting that everyone who gives retirement investment advice is taking advantage of their clients, since many advisers do act in their client’s best interest. But, because the law does not require them to do so, far too many do not. The industry is spending a lot of their resources lobbying against this rule, and that’s why we need all Americans to show their support for this rule. Here is what you can do:

Stay informed: Go to SaveOurRetirement.org to learn more about this issue.

Americans Aren’t Saving Enough for Retirement, but One Change Could Help: The New York TImes by Eduardo Porer 3/3/2015

What JPMorgan would look like split into four banks: Crains New York Business by Aaron Elstein 3/2/2015

Smothered by a Boom in Banking: The New York Times by Gretchen Morgenson 2/28/2015