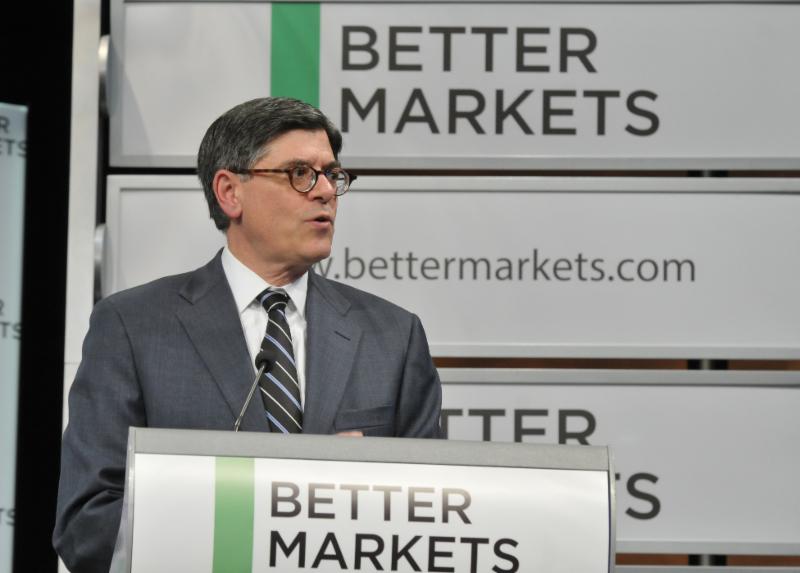 To mark this historic occasion, Better Markets held a special event in Washington, DC, featuring a keynote address from Treasury Secretary and FSOC Chairman Jack Lew and a discussion with the key architects of this law, former Senator Chris Dodd and former Representative Barney Frank, who talked about the importance of this law and the status of financial reforms. Better Markets President and CEO Dennis Kelleher also released a Cost of the Crisis Report that details and catalogues the real cost of – and culpability for – the 2008 financial crash (more on that below).

“The purpose of Wall Street Reform is to make sure our financial system is worthy of America’s people. That is why, five years ago, we worked hard to make Wall Street Reform the law of the land, and that is why, today, tomorrow, and far into the future, we will work hard to keep this law strong, both in statute and in practice.”

You can read Secretary Lew’s full remarks at our event here, and watch his remarks here. 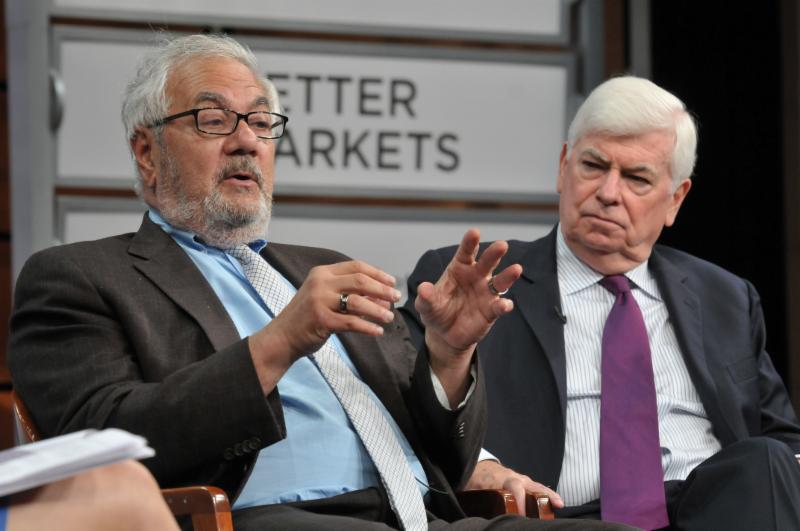 During a discussion moderated by Washington Post’s Ylan Mui, Senator Dodd and Representative Frank reflected on the crash, the drafting of this law, and how it’s protecting families on Main Street from the recklessness on Wall Street.

Representative Frank highlighted the law’s popularity, saying, “There have been no votes on repealing the financial reform bill because they know it is popular.”

Senator Dodd discussed many of the law’s important provisions, saying, “Transparency, particularly in the derivatives market, has been a major achievement.”

You can watch the discussion with Senator Dodd and Representative Frank here. 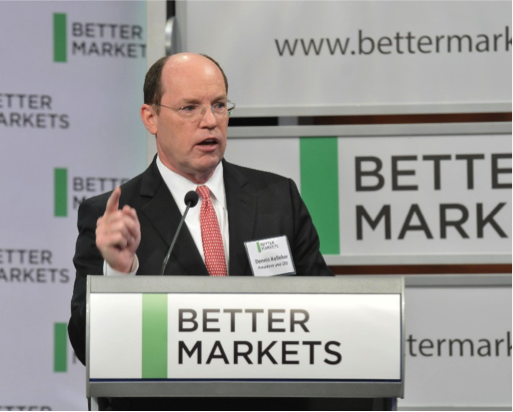 That’s why Better Markets President and CEO Dennis Kelleher also released an extensive Cost of the Crisis Report at the event, detailing how that crash and crisis will ultimately cost hardworking American families, workers and communities more than $20 trillion in lost gross domestic product. You can watch his speech here, and view the presentation here.

In the five years since this legislation was signed into law, the debate has dramatically and regrettably shifted from the financial collapse, the economic crisis, the costs to the country and the industry’s role in causing it all to the financial reform law, the rules necessary to implement it, and its claimed costs.

The Report is helping change that, showing those human and economic costs, including historically high unemployment, underemployment, long-term unemployment, foreclosures, homelessness, underwater mortgages, bankrupt businesses large and small, lost savings, deferred or denied retirements, educations cut short, and more. Although there has been substantial economic recovery since the dark and terrifying days after the collapse of Lehman Brothers in 2008, the Report also outlines the many Americans across the country who are still suffering from the impact of the crisis in lost jobs, homes, security, and so much more. 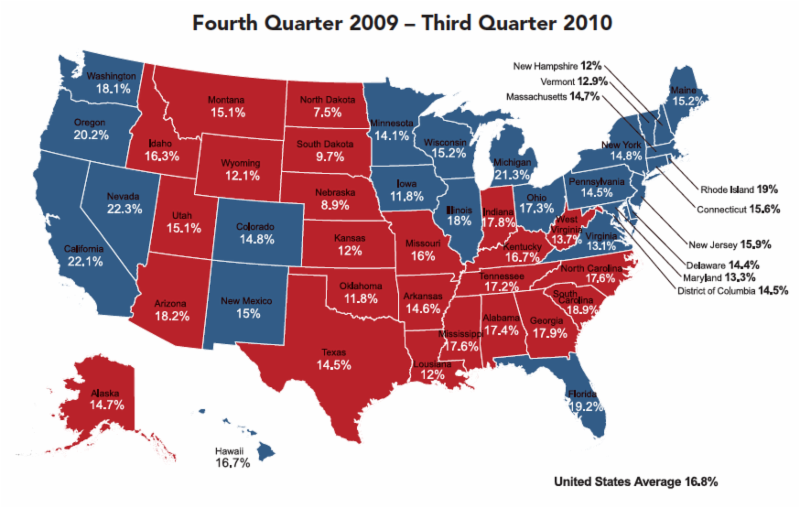 As Mr. Kelleher writes in theHuffington Post, “The facts of the crisis also make clear that the impacts did not know partisan boundaries. In fact, the economic wreckage from the 2008 financial crash hit every state in the country, regardless of whether the state voted for the Republican or Democratic candidate for President.”

The Report wasn’t just to remind policy-makers and the public of the devastating costs inflicted on the American people by the financial crash. It was also to show how the crash and crisis diverted funds from so many other issues we all care about, like housing, education, health care, poverty, job training, infrastructure, research and development and so much more. With tax revenues plummeting and social costs skyrocketing due to the crash and crisis, deficits and debt exploded, which resulted in all other programs and priorities being cut significantly. Those under-funded priorities are also victims of the financial crash.

Ultimately, the Cost of the Crisis Report is a reminder-and a warning-that implementation of the Dodd-Frank financial reform law must not only be completed, but also defended against those who would allow Wall Street to return to business as usual and harm Main Street once again. 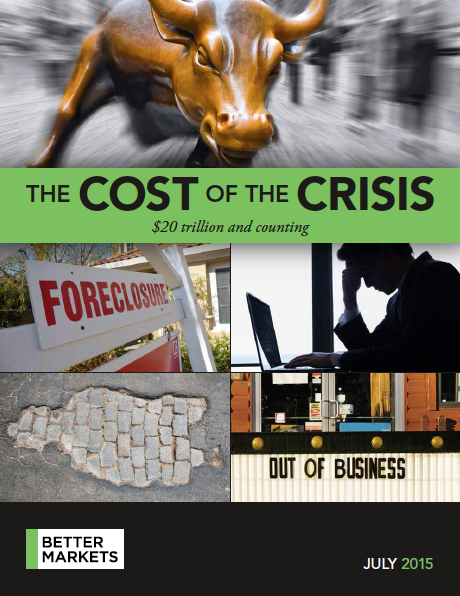 This law isn’t perfect. No law is. But as the facts of the crash and economic crisis show, it is a very, very important law that’s helping protect American families, eliminate or reduce Wall Street’s highest-risk, most dangerous activities, and put Wall Street back in the business of traditional banking to support jobs and growth in the real economy, not threaten them.

Reducing Risk of ‘Too Big to Fail’: The Bloomberg Advantage Hosted by Carol Massar, Cory Johnson and Vonnie Quinn 7/21/2015

Perez says DOL fiduciary debate shifts from whether to how: Investment News by Mark Schoeff Jr. 7/21/2015