SEC finally begins to address the corrupt bonus culture on Wall Street: The prospect of hundreds of billions of dollars in bonuses incentivized pervasive reckless, illegal and criminal conduct all across Wall Street in the years before the 2008 crash. For too many, getting the biggest annual bonus possible overwhelmed every other consideration. Wall Street’s dangerous and irresponsible conduct will not change until those irresistible incentives and the corrupt bonus culture are changed.

We applaud the SEC for finally proposing a rule this week to claw back the pay of executives who are richly rewarded even when their companies’ commit egregious, year-long misconduct. However, making the claw backs contingent on a formal restatement of the financial results will almost certainly be ineffective. After all, not one Wall Street firm that caused the financial crisis, almost went bankrupt and required hundreds of billions in bailouts ever restated their financial results because of that behavior. Thus, the proposed rule may be little more than public relations unless it is substantially strengthened before it is finalized, which Better Markets will be advocating for. 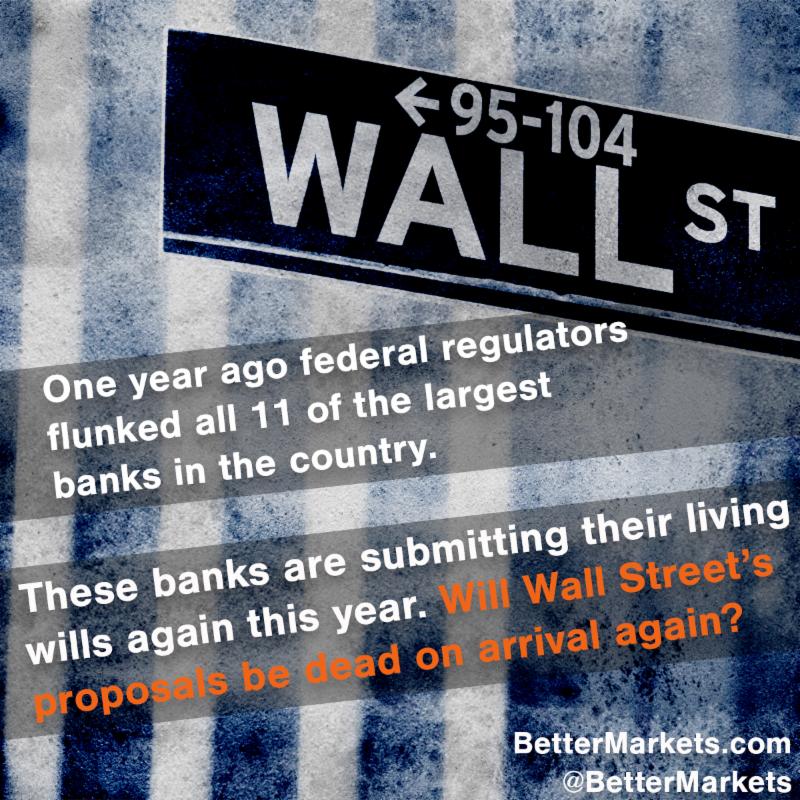 As Wall Street’s dangerous too-big-to-fail banks file their living wills, regulators must hold them accountable again this year: Wall Street’s biggest banks filed their resolution plans (called “living wills”) this week with the Federal Reserve and the Federal Deposit Insurance Corporation (FDIC). These resolution plans are required under the Dodd-Frank Wall Street reform law to ensure that the too-big-to-fail banks can either be restructured or dissolved through bankruptcy without any taxpayer-funded bailouts.

The threat from the handful of Wall Street’s dangerous too-big-to-fail banks will not end until they are resolvable in bankruptcy, which is why the law requires those banks to have credible living wills. But, those gigantic banks don’t want to play by the same rules as every other company in America and file bankruptcy when they fail. Like 2008, they want to continue their reckless gambling and force taxpayers to bail them out so they don’t bear the consequences of their irresponsible if not illegal conduct. That was made clear last year when they submitted living wills that were so grossly deficient that the federal regulators at the FDIC and the Fed flunked all 11 banks on their living wills test.

At that time, federal regulators made clear the key requirements these plans must address to ensure the American people aren’t forced to bail out Wall Street again. Putting their own credibility on the line, the regulators publicly detailed the actions these banks must take to avoid much stronger regulatory actions, including ordering these too-big-to-fail banks to dispose of business lines and activities. Those key requirements are to:

Regulators must hold these most dangerous too-big-to-fail banks to the public standards they set last year and use every legal avenue available to force Wall Street to comply with the law and ensure that there will be no more taxpayer bailouts. The public already rescued our economy from the brink during the 2008 financial crash, and they shouldn’t be forced to bear the costs of Wall Street’s gambling ever again. 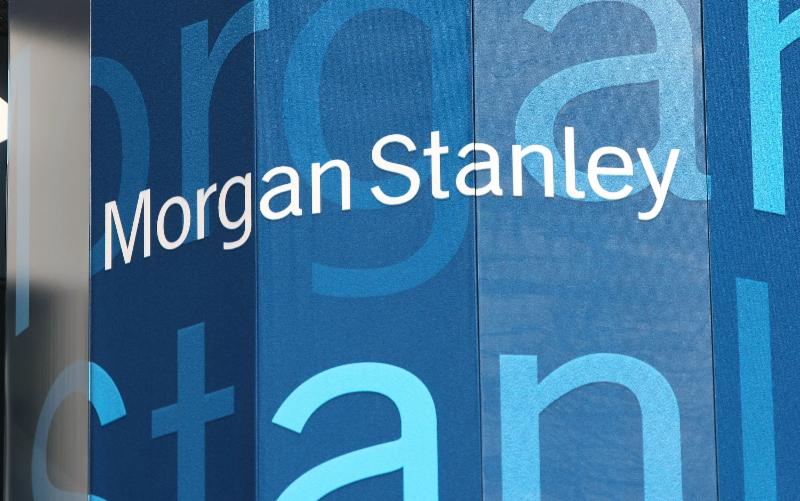 High-risk derivatives gambling in fixed-income, currencies, and commodities compounded by other reckless – if not illegal – conduct caused Morgan Stanley to lose tens of billions of dollars before and during the 2008 financial crisis. Indeed, just days after Lehman Brothers went bankrupt on September 15, 2008, Morgan Stanley informed the New York Fed on September 19 that it could “not open on Monday.” The only reason Morgan Stanley (and Goldman Sachs and the other too-big-to-fail banks) did not go bankrupt in 2008 was due to the generosity of massive bailouts by taxpayers and the U.S. government.

Having learned somewhat from this near-death experience, Morgan Stanley has since reduced its dangerous high-risk gambling operations and refocused on wealth management and traditional banking. Shareholders have rewarded Morgan Stanley with a stock price that outpaces competitors like Goldman Sachs, which has seemingly learned little if anything from the crash.

Morgan Stanley is now going to ignore the lessons of recent history and increase their dangerous high-risk derivatives gambling. Regulators at the Fed, FDIC and elsewhere need to subject Morgan Stanley to much greater scrutiny to ensure that it does not again require bailouts in bad times while stuffing themselves full of bonuses in good times. Returning to the failed practices of the past is bad for taxpayers, the economy, shareholders, and, ultimately, Morgan Stanley itself. 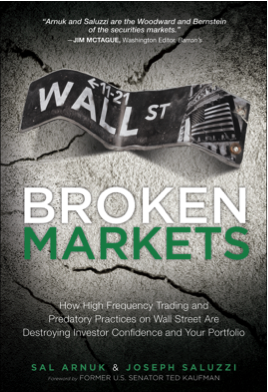 Joe Saluzzi and Sal Arnuk are cutting through industry’s spin with fact-based research and analysis: Joe Saluzzi and Sal Arnuk are helping lead the fight for fair, well-regulated markets and against the industry’s misinformation and half-truths. As two of the most knowledgeable market participants around, they’ve been on the forefront of the discussion for years. They’ve been an especially strong voice in debunking the industry’s arguments on high frequency trading through strong fact-based research.

Joe and Sal even co-wrote a fascinating book, Broken Markets: How High Frequency Trading and Predatory Practices on Wall Street are Destroying Investor Confidence and Your Portfolio, that reveals unsettling truths about how a small band of traders is making billions at the expense of everyday investors while putting the integrity of our markets at risk. Broken Markets received praise from Michael Lewis, author of the must-read book Flash Boys, who said, “Arnuk and Saluzzi, the principals of Themis Trading, have done more than anyone to explain and publicize the predation in the new stock market.”

Joe and Sal are also co-authors of a blog that outlines the issues in an extremely accessible way, an important read for anyone looking for the facts about our financial markets without any spin from the industry. They cover a wide range of topics highlighting the fragility of the markets. You can read the blog here, and listen to a recent Bloomberg interview with Mr. Saluzzi here.

Sabotage in your IRA: Sens. Warren and Brooker: USA Today by Elizabeth Warren and Cory Brooker 7/1/2015

The Next Financial Crisis?:  The Washington Post by Robert J. Samuelson 6/25/2015