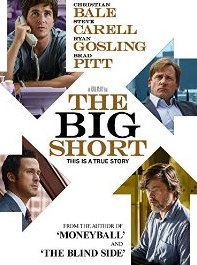 Want to know how Wall Street crashed the global economy in an understandable and entertaining way? You must see the movie The Big Short: This movie cuts through disinformation and complexity the Wall Street fog machine has generated to keep Americans from knowing how the 2008 financial crisis really happened. The Big Short, an adaptation of author Michael Lewis’ book by the same name, tells the story of several really smart but oddball outsiders who spotted the housing bubble in the lead up to the crash and then bet on it all crashing.  It shows the recklessness and illegal acts of the too-big-to-fail banks and out-of-control executives that pushed our financial system to the brink. It has all the makings of a blockbuster – big-name actors, a great script, and a talented director – while also being an incredibly important film.

Wall Street and its allies have spent millions to try and make banking and finance seem too difficult for every day, hardworking Americans to understand.  This is part of Wall Street’s strategy to mislead and confuse the public and elected officials. But this film strips away that created-complexity, tells a simple story of greed and criminality, and highlights how the crash has impacted every American in lost jobs, homes, savings and so much more. Watch the movie trailer here, follow the film on twitter at @thebigshort, and follow the director Adam McKay at @GhostPanther.

The State of the Union speech is next Tuesday, January 12th, when we hope the President will highlight the wreckage caused by the financial crash and how finishing the job of financial reform is key to making sure that never happens again to America’s families and communities:  A stronger state of the union begins with reining in Wall Street’s too-big-to-fail banks, firms and activities, as we discuss in this video:

During President Obama’s first State of the Union address, he stated that he was taking office with an “economy rocked by a severe recession” and “a financial system on the verge of collapse.” That’s because, as outlined in the Cost of the Crisis report, the 2008 Wall Street-caused financial crash was the worst since the Great Crash of 1929 and it caused the worst economy since the Great Depression of the 1930s.

There has been a substantial economic recovery since the depths of the financial crisis that hit just as he was taking office seven years ago. The most recent data indicates that the broader U-6 employment measure has fallen, a dramatic turnaround from when it peaked at 17.5 percent for five out of seven months between October 2009 and April of 2010: 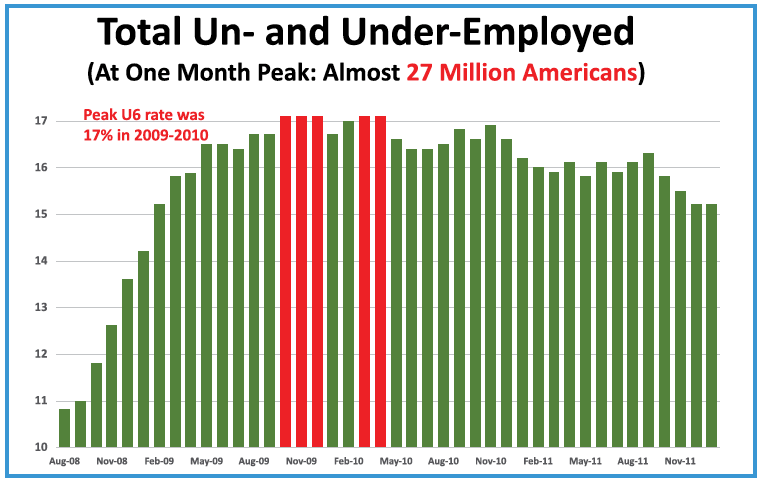 Although to some extent those topline numbers obscure some underlying weaknesses (i.e. the population to employment number is historically low), the facts are clear that real, meaningful progress has been made and Americans are much better off today than when the President assumed office. But we cannot afford to forget the true impacts of the crisis as we work to prevent it from ever happening again.

Better Markets President and CEO Dennis Kelleher has written a new editorial looking back at the devastating impacts of the 2008 financial crash, the importance of fully implementing the Dodd-Frank financial reform law, and the need to continue reining in Wall Street. He writes in the piece, titled A Stronger State of the Union Begins with Reining in Wall Street:

“How bad was it? When the President took office in January 2009, it was just a few months after Bear Stearns, Lehman Brothers, AIG, Citigroup, and virtually every other megabank and financial activity in the country failed or nearly did. Before President George W. Bush left office on January 20, 2009, trillions of dollars in bailouts had already been thrown at the financial industry to prevent its collapse. As President Obama entered office, the country was in the middle of the worst financial crash since the Great Crash of 1929 and was facing an economic catastrophe that was deteriorating so quickly that a second Great Depression was a real possibility…As millions of our neighbors still struggle with the economic calamity, President Obama must remind the American people in his upcoming final State of the Union address of the economic wreckage caused by the financial crash, and redouble the Administration’s efforts to ensure that it never happens again.”

The editorial includes additional steps the President should outline in the address, including completing Dodd-Frank rulemaking ASAP, fully funding the cops on the Wall Street beat, and holding individuals – including executives and supervisors – accountable civilly and criminally to stop egregious lawbreaking from being just a cost of doing business on Wall Street. You can read the piece here.

What was one of the most underreported stories in 2015?  The impacts of the financial crash and financial markets on Main Street:  Will they or won’t they, and by how much? And goodness, what will the markets (meaning the traders on Wall Street) “think”? This has been the focus of the media coverage of the Federal Reserve’s year-long consideration of raising interest rates. Much of this coverage had little context, often even failing to mention that interest rates have been historically low in an attempt to alleviate some of the ongoing economic damage caused by the 2008 financial crash that ultimately cost America more than $20 trillion.

Although there has been substantial economic improvement over the last seven years, tens of millions of Americans are still struggling with the consequences of the too-often unmentioned crash. As the Fed begins to unwind its unprecedented policy in 2016, the media should stop focusing exclusively on market reactions and provide context for financial policy decisions by reporting on the real-world impact of the markets on Main Street families, jobs, homes and so much more.

Former Rep. Mike Oxley was a Republican leader who put the public interest above corporate and contributors’ special interests: The passing of former Congressman Mike Oxley is a loss for the nation. He put the good of the nation and solving problems ahead of partisan politics and special interests.

As NPR reported, his “name is plenty familiar to anybody who works in finance.” That’s because, after the Enron Corporation imploded and other outrageous corporate scandals, Republicans and Democrats worked together, led by Republican Rep. Oxley and Democratic Sen. Sarbanes, to draft and pass the landmark Sarbanes-Oxley Act. This law has led to improved corporate governance, compliance, and ethical best practice in Corporate America from Wall Street to Main Street.

This bipartisan law sent a message that elected officials – Republicans and Democrats – were not going to ignore, condone, or excuse egregious corporate misconduct and lawbreaking, even by very powerful, well-connected and wealthy corporations and contributors. The country needs more bipartisan leaders like Mike Oxley, who are willing to stand up to influential special interests and big campaign contributors when that is what is required in the best interests of the country and the American people.

The Clinton Plan to Stop Sanders: Politico by Ben White 1/5/2016

A Stronger State of the Union Begins With Reining in Wall Street: Huffington Post by Dennis M. Kelleher 1/4/2016

The Long Wait for a Banker who is Statesmanlike: Financial Times by Robert Jenkins 12/21/2015