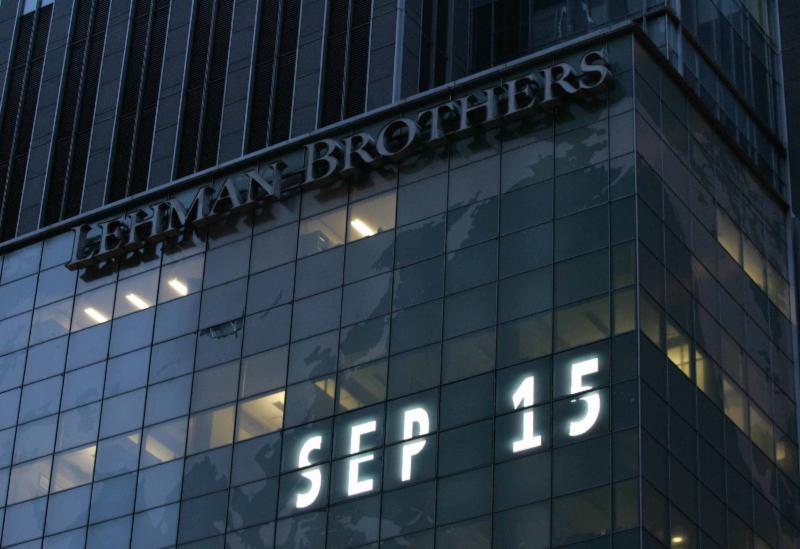 A Surprising Announcement from an Insider Saying It’s Time “for transformational solutions” and “an actionable plan” to End Too-Big-to-Fail:  In a speech at the Brookings Institute’s Hutchins Center that hit the biggest, most dangerous financial firms on Wall Street like an earthquake, the President of the Federal Reserve Bank of Minneapolis, Neel Kashkari, called for much stronger action to end the ongoing threat from the handful of biggest too-big-to-fail firms that pose a uniquely dangerous threat to our financial system, economy, and all American families. He said it was now time to look for “transformational solutions” and is going to release “an actionable plan” by year end.

Remember, there are about 6,500 banks in the US and almost all work hard every day to serve their communities and our economy by providing mortgages and other loans to individuals as well as to businesses large and small.  They provide the necessary financial fuel to get our economy running and working for all Americans, the primary goal of Better Markets.  But as we saw in 2008, there are a handful of gigantic banking and nonbanking financial conglomerates that are so big, complex, leveraged, opaque and interconnected (referred to in shorthand as “too-big-to-fail”) that they pose a danger to every American.  This handful of firms (less than 25 banks with more than $100 billion in assets and only 10 with more than $200 billion) pose a unique threat that isn’t posed by any other private industry or activity in the country.

Remarkably, very few of those on the front lines of fighting the financial crash in 2008 and 2009 have reflected deeply, publicly and self-critically about what happened, how it happened and how it must be prevented from ever happening again.  History will likely judge this as a serious dereliction of duty.  In 2008-2009, these people — in the public and private sector, on Wall Street in particular – were looking into the abyss and saw the real possibility of a second Great Depression, which could have resulted in 25%-30% unemployment, 15% or more GDP drop, tens of millions of foreclosures and massive nationwide homelessness, and poverty reaching levels unseen in the US.  While that catastrophe was avoided, the crash and crisis was still devastating and is going to cost the US more than $20 trillion.  Much of that economic wreckage and suffering continues to this day, which is causing gnawing economic anxiety and insecurity that is fueling a political uprising visible in the Presidential race. 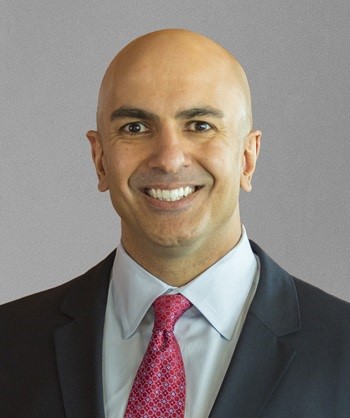 With that as background, Mr. Kashkari, who is a former Goldman Sachs banker and was a senior official in President George W. Bush’s Treasury Department (and the former TARP czar), has decided that the Minneapolis Fed will launch a year-long initiative to determine how best to truly end the threat of too-big-to-fail.  Predictably, he came under immediate criticism and attack, mostly from allies and purchased mouthpieces of Wall Street’s biggest firms (many so gutless or ashamed they’d only do it anonymously).  Most were just talking their books and/or protecting their profits, bonuses and paychecks.  This shouldn’t surprise anyone because Wall Street’s conglomerates don’t want to end too-big-to-fail: they want to keep taxpayers on the hook for their losses.  It was clear that the critics had not actually read what he said or thought open-mindedly about finance or banking, never mind the need to prioritize the protection of the American people.  (You can read our statement here.)

Mr. Kashkari is launching this initiative because he concluded that, “[w]hile significant progress has been made to strengthen our financial system, I believe the [Dodd-Frank] Act did not go far enough.  I believe the biggest banks are still too big to fail and continue to pose a significant, ongoing risk to our economy.”  It is a thoughtful and nuanced speech and undertaking, in stark contrast to the soundbite responses.

As remarkable — and maybe unprecedented for any aspect of the Federal Reserve system — this initiative is designed to be transparent, open and inclusive.  In addition to a hashtag #EndingTBTF, the Minneapolis Fed has established a webpage to facilitate public involvement and ensure broad dissemination of information.  We will be participating, watching closely and keeping you informed of this important initiative.

Hank Greenberg, the former CEO of AIG and in 2008 its largest shareholder, through his company, Starr International, sued the United States for tens of billions of dollars based on the far-fetched claim that the $182 billion bailout of AIG was not generous enough. A Starr win could potentially cost hard-working taxpayers tens of billions of additional dollars and erode critical regulatory flexibility that may be needed to prevent yet another financial crisis. To ensure that does not happen, Better Markets recently filed a motion for leave to file an amicus brief and won-despite opposition from Starr.

As the only public-interest organization to weigh in on this case, Better Markets made clear that AIG shareholders do not deserve another nickel from the taxpayers who bailed out and saved the insurance giant from certain bankruptcy during the 2008 financial crisis. As Better Markets’ must-read friend of the court brief states:

“[V]alidating Starr’s claims will only exacerbate moral hazard. The lesson will be this: Under extraordinary circumstances, financial firms-even the most culpable-stand to receive not only a generous taxpayer bailout but also the opportunity later to bite the hand that fed it by challenging the rescue terms and seeking damages for the government’s lifesaving intervention. This will undermine the already weak-to-nonexistent sense of accountability on Wall Street.”

Better Markets fights to protect the economic security, opportunity and prosperity of the American people by promoting the public interest against the too-big-to-fail institutions of Wall Street. This victory on Better Markets’ motion and its brief ensures that the Federal Circuit will consider the pro-reform perspective when deciding this important case. 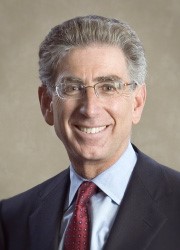 Former Financial Crisis Inquiry Commission (FCIC) Chairman calls – again – for accountability on Wall Street for 2008 crash:This month marks the fifth anniversary of the Financial Crisis Inquiry Commission (FCIC) final report.  The Chairman of the FCIC, Phil Angelides, continues to work to bring accountability to the too-big-to-fail firms. In a must-read article, Mr. Angelides asks the Department of Justice (DOJ) why the agency has yet to hold any senior bank executives accountable following the FCIC’s finding and he sent a letter to DOJ urging them to take action against those individuals before it’s too late.  As Mr. Angelides points out, DOJ already has lots of evidence to bring these charges.

Everyone knows that banks don’t commit crimes, bankers do. Unless DOJ holds senior executives and supervisors responsible for their conduct leading up to and causing the financial crisis, we will never deter future wrongdoing and restore the American people’s faith in our judicial system. You can learn more about the FCIC here, and follow Phil Angelides @PhilAngelides. 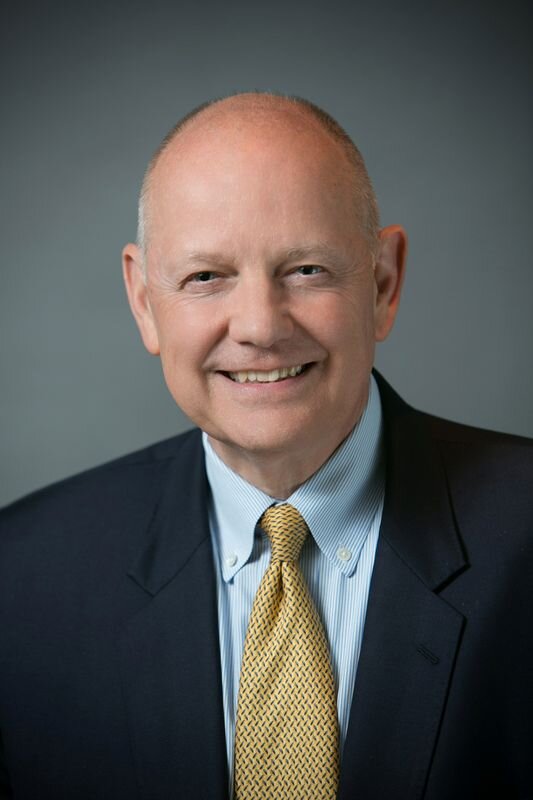 London Calling: If you’re in London on Friday, March 4, 2016, the London Business School is holding its 2016 Asset Management Conference entitled “Navigating a Low-Return World.”  Better Markets’ Senior Fellow Robert Jenkins will moderate a panel that includes a rare public appearance by Lord Mervyn King, recent Governor of the Bank of England.  Mr. Jenkins will interview Lord King on stage in a no holds barred session. If you are in London on March 4th, we urge you to attend. For program details and registration visit:  www.lbsamc.com. 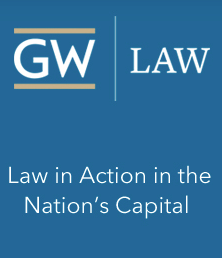 A DC event you don’t want to miss: On March 10th, the Center for Law, Economics, and Finance (C-LEAF) is holding its first FinTech Forum: “The Convergence of Finance, Technology, and the Law.” This free day-long conference will feature many notable industry leaders, including a key note address by Suresh Ramamurthi, Chairman & CTO, CBW Bank, American Banker’s Innovator of the Year for 2015. The event will be at The George Washington University Law School – Jack Morton Auditorium from 8:30 AM – 6:00 PM. To register for the event, click here.

The Next Financial Crisis Could Be Predicted By A Smarter Economic Model, Experts Say: International Business Times by Amy Nordrum 2-18-2016

Banking Reform Has Been Made More Confusing Than it Needs to be: The Independent by Ben Chu 2-18-2016

Equity Buffers are in the Public Interest: Financial Times by Sir John Vickers 2-17-2016