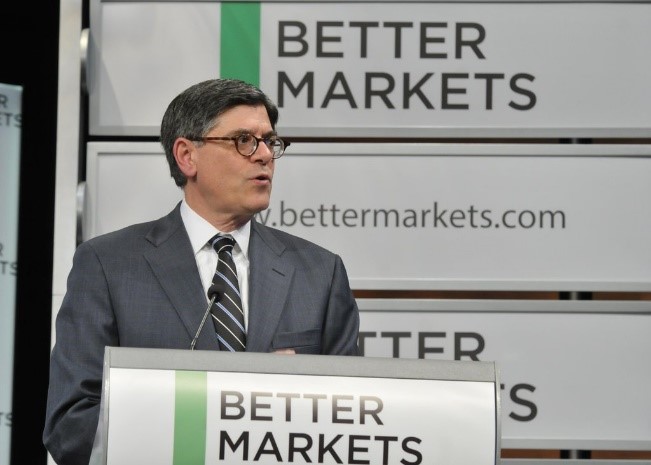 Obama administration standing up to Wall Street and against its attempts to hijack the appropriations process: Wall Street and its army of lobbyists are currently hard at work, once again trying to hijack must-pass legislation as a vehicle to enact its dangerous deregulatory wish list. This year, it’s essentially holding national priorities like health care, the environment, and education hostage until its allies in Congress agree to roll back key safeguards in the appropriations bill being negotiated now in Washington, which would put the American people back at risk just seven years after the devastating 2008 financial crash.

But in a must-read piece titled The Risk in Rolling Back Wall Street Reform, Treasury Secretary Jack Lew made clear that Wall Street’s allies won’t be able to take America’s funding priorities hostage without a fight, writing:

“Unfortunately, rather than focusing on the needs of American families, some in Congress are attempting to use this funding process to roll back crucial provisions of the reforms to the financial system we put in place after the financial crisis of 2008. The Obama administration strongly opposes this misguided effort to undermine critical elements of financial reform…I would recommend the president veto legislation passed by Congress that would leave the American people more vulnerable to another financial crisis.”

Sadly, members of Congress from both sides of the aisle are working with these Wall Street forces to attack safeguards on all fronts, including trying and gut the Financial Stability Oversight Council, one of the most important institutions established under the Dodd-Frank Wall Street Reform law, undermine the work of the Consumer Financial Protection Bureau, and kill a key Department of Labor rule to protect the savings of tens of millions of Americans.

“Members of Congress shouldn’t fall for these tactics. They should see these provisions for what they really are: special interest giveaways to Wall Street that have no place in a funding bill that is supposed to be about the American people’s priorities, like homeland security, education, science, research and development, environmental protection, health care and so much more.”

The President, Secretary Lew and others in the Obama administration are fighting against these attacks. House Minority Leader Nancy Pelosi and Senators including Elizabeth Warren, Jack Reed, Bill Nelson, and Jeff Merkley have been steadfast in fighting against Wall Street’s tactics, but everyone should stand up to Wall Street and make clear that its deregulatory wish list has no place on this must-pass appropriations bill. 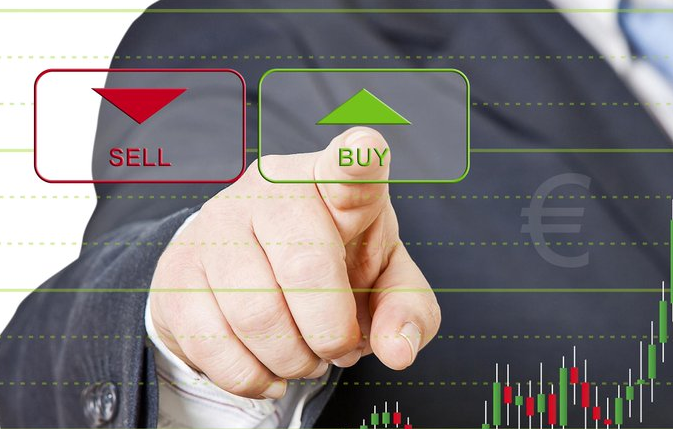 CFTC’s proposed new algorithmic trading rules should be a first step and a wake-up call to the SEC: Predatory high frequency trading is weakening public and investor confidence in our markets, on which all American families, businesses, and our economy and standard of living depend every day. This dark, largely unregulated practice is moving tens of billions of dollars from the pockets of investors and retirees into the pockets of high frequency trading firms, Wall Street banks and their enablers like the exchanges.

That’s why Better Markets has been pushing regulators and policy makers for years to take action to stop predatory high frequency trading. Over the years, we’ve filed more than a dozen comment letters with the Securities and Exchange Commission (SEC) and the Commodity Futures Trading Commission (CFTC) highlighting this issue and have held numerous meetings urging them to take action. Better Markets’ staff has also testified before Congressional committees to bring to light the many problems caused by predatory high frequency trading and the need for strong, clear rules to stop the abuses and illegal conduct.

Last week, the CFTC proposed long-awaited rules to begin forming a basic regulatory framework for algorithmic trading in the futures markets. While these rules do little to address the very serious market structure issues raised by predatory high frequency trading, they are an important first step in ensuring potentially dangerous algorithms are registered and monitored by the CFTC, and that proper data is collected about them.

This proposal should be the first of many rules to provide a concrete and comprehensive roadmap for the new electronic marketplace. And it should be a wake-up call for the Securities and Exchange Commission, which has totally failed to address the far greater dangers proposed by electronic trading in the stock markets in the more than five years since the devastating Flash Crash of 2010, which exposed deep, unseen, and dangerous fault lines in our markets and regulatory structures.

Punish Errant Bankers – or We are Doomed to Repeat the Past: The Independent by Robert Jenkins 11-30-2015

Finance Gets the Hollywood Treatment: Financial Times by Gillian Tett 11-27-2015

More Young Adults Live With Their Parents Now Than During the Recession: Wall Street Journal by Laura Kusisto 11-23-2015