Read this article by Dennis Kelleher on The Huffington Post here.

July 21st, 2015 marks the fifth anniversary of President Obama signing the historic Dodd Frank Wall Street Reform and Consumer Protection Act into law, the most significant financial reform legislation in generations. This law is reining in the recklessness of Wall Street’s biggest banks after their almost unprecedented binge of risk-taking caused the 2008 financial crisis, the worst financial crash since 1929, which caused the worst economy since the Great Depression of the 1930s.

In the five years since this legislation was signed into law, the discussion has dramatically and regrettably shifted from the financial collapse, the economic crisis, the costs to the country and the industry’s role in causing it all to the financial reform law, the rules necessary to implement it, and its claimed costs.

You see it every day: Almost all the discussion of the Dodd Frank law and the rules to implement it generally fail to even mention the historic crash and massive costs that made financial reform so necessary. But to really understand where we are and where we need to go, we first need to look back to understand how we got here. That’s why Better Markets has released an extensive Cost of the Crisis Report that catalogues the real costs of — and culpability for — the financial crash and economic crisis, which is critical if we’re going to prevent another devastating financial crash from happening again.

Just one example is that by October 2009, unemployment and underemployment (people forced to work part-time because they couldn’t find full-time work), exceeded 17 percent of the entire U.S. working population. That’s almost 27 million Americans, many heads of households, meaning that this alone affected more than 50 million Americans. As the following chart shows month-by-month, the financial crash inflicted massive economic wreckage across the country for years: 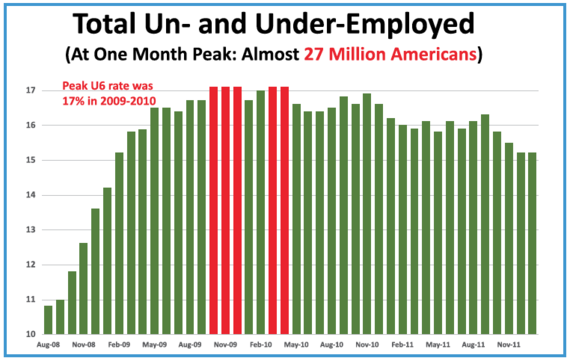 The facts of the crisis also make clear that the impacts did not know partisan boundaries. In fact, the economic wreckage from the 2008 financial crash hit every state in the country, regardless of whether the state voted for the Republican or Democratic candidate for President: 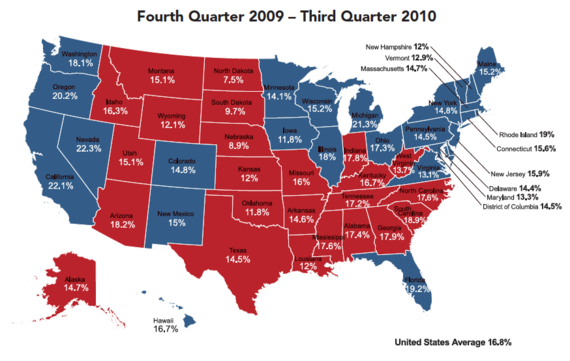 Although there has been substantial economic recovery since the dark and terrifying days after the collapse of Lehman Brothers and the other Wall Street giants in 2008, the Report also outlines the many Americans across the country who are still suffering from the impact of the crisis in lost jobs, homes, security, and so much more. This demonstrates beyond doubt how important it is to fully implement and aggressively police the Dodd-Frank financial reform law, which is rebuilding the type of protections between Wall Street and Main Street that worked well for more than 70 years after the Great Depression.

That’s what the financial reform law and financial reform generally are all about: protecting Americans’ jobs, homes, savings, retirements, and standard of living, as well as making sure that public funds are never again diverted from social priorities to bailing out reckless financial activities.

None of that is to suggest the law is perfect. No law is. It is, however, the best law that our political system could produce at the time and, as the facts of the crash and economic crisis show, it is a very, very important law.

Ultimately, the Cost of the Crisis Report is a reminder — and a warning — that implementation of the Dodd-Frank financial reform law must not only be completed, but also defended against those who would allow Wall Street to return to business as usual and harm Main Street once again. The costs are too high. The American people have suffered enough. They deserve better. 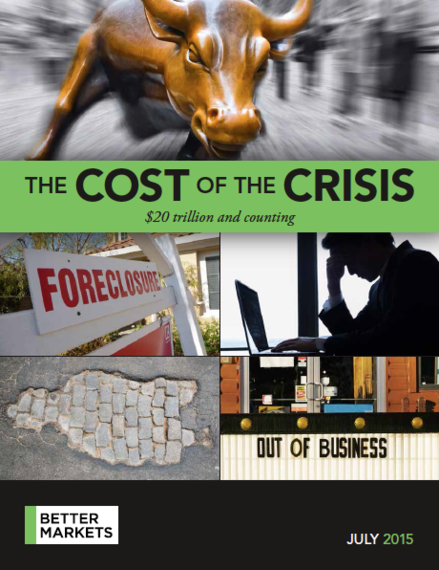