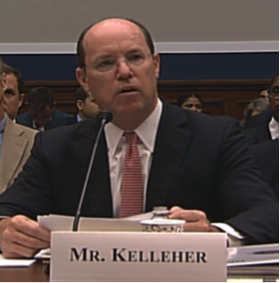 The Department of Labor’s best interest standard is a common sense rule merely requiring brokers and other financial advisers to act in their clients’ best interest rather than their own personal interests when providing retirement investment advice. It would help those saving for retirement get the most out of these savings and help combat the retirement crisis we’re seeing in America.

Better Markets President and CEO Dennis Kelleher testified in favor of the rule during a House Education and the Workforce Committee hearing this week examining the proposal. Along with Labor Secretary Tom Perez, Mr. Kelleher provided a critical balance to the industry’s continued misinformation campaign designed to weaken this rule and prevent it from moving forward. As Mr. Kelleher told the Committee in his must-read opening statement:

“The industry’s complaints boil down to a false choice: either brokers’ get to put their interests above their clients’ best interests, or they won’t serve those clients at all. But the real choice is this: Let the DOL act to protect 100 million workers and retirees across this country, or side with the brokers and other advisers who want to continue putting their interests ahead of their clients’. That’s the real choice. If some brokers don’t want to do that or feel that they can’t make enough money doing that, then there are plenty of retirement investment advisors who will be more than willing to put the clients’ interests first. Frankly, there are tens of thousands of advisers doing that right now all across the country.” 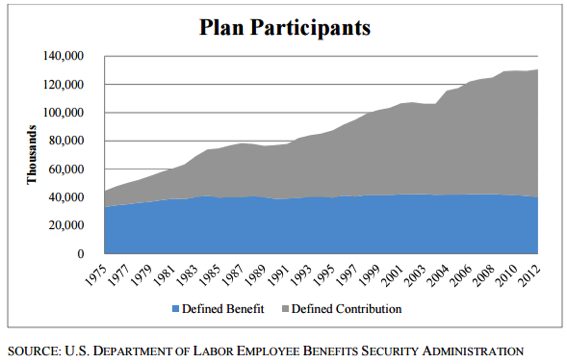 In his written testimony, Mr. Kelleher detailed how loopholes in the old rule are especially damaging in light of dramatic changes in the retirement landscape. Forty years ago, in 1975, the vast majority of all workers – 74 percent – were in large defined benefit plans. Companies like General Motors, with sophisticated investment management staff, invested on behalf of all their workers, spreading risk and reward from the market so that all employees would be assured of a comfortable retirement.

At that time, 33 million individuals participated in these plans, while only 11 million workers took part in defined-contribution plans. Individual retirement accounts (IRAs) had only just been created in 1974, and 401(k) plans were not yet in existence.

But the times have changed dramatically. As of 2012, 90 million people, or more than two-thirds of workers with retirement plans, now have defined contribution plans and are expected to manage their investments and weather the ups and downs of the market individually. The growth of these plans in the past forty years stands in stark contrast to the number of participants in defined benefit plans, which has remained flat since 1975.

This monumental shift means that Americans are forced to invest their retirement assets on their own and bear the consequences of those investment decisions. The challenge is more and more daunting, as financial products become more varied and complex. As Americans turn to brokers and other advisers to help them make these complicated and important decisions, DOL’s best interest rule will help ensure they’re getting the unbiased guidance they expect and deserve from trusted advisers.

You can read Mr. Kelleher’s written testimony here. Stay informed: Go to SaveOurRetirement.org to learn more about this issue. Stay engaged: Follow us on Twitter and Facebook for the latest news.