This month we celebrate Black History month with several diverse and historic nominees to the Federal Reserve Board, including economists Lisa Cook and Philip Jefferson. While rarely discussed or acknowledged, discrimination and racism have contributed to deeply entrenched racial inequality in our economic and financial systems. Because financial regulators have a critical role to play in addressing that inequality, much greater diversity among those financial regulators, including at the Fed, is needed and long overdue. (See Better Markets’ work in addressing racial economic inequality here.)

In addition to the historic nominations of Drs. Cook and Jefferson, we also saw the nominations of Sarah Bloom Raskin for the Vice Chair of Supervision and current Fed Governor Lael Brainard for Vice Chair, making this Fed board, if all nominees are confirmed, the most diverse ever!

Unfortunately, this process has been tainted by baseless and divisive attacks against Dr. Cook and Ms. Raskin. Because the nominees are so well-qualified and experienced, indeed, more so than some of the current members of the Fed, opponents have resorted to misrepresentations, distortions and ideological attacks.

These attacks, including from opponents at the Senate Banking Committee hearing earlier this month, hare nothing less than a threat to the Fed’s independence and risk another financial crash. The Fed is required by law to evaluate risks to banks’ safety and soundness and to financial stability and facilitate mitigation of those risks regardless of source or origin. That is supposed to also be done regardless of—indeed, despite— political preferences anyone may have, including very powerful Senators. That’s what it means for the Fed to be independent: it makes decisions on risk, no one else. That is the linchpin to safety and soundness as well as to preventing financial crashes.

As was made clear at the hearing, Senators critical of the nominees want the Fed to create a special exemption for any risks arising from the fossil fuel industry, in effect insisting on a de facto prohibition on the Fed from even looking at risks arising from climate. That is nothing less than those Senators politicizing the Fed by picking winners and losers and carving out special treatment for their special interests.

That not only seriously undermines the Fed’s independence, but it also increases the risk of a financial crash.  Politically unregulated risks don’t go away; they get bigger and more dangerous until they explode. That is what happened when politicians in the 1990s prohibited the regulation of derivatives, which then materially contributed to causing, intensifying, and spreading the 2008 financial crash.

No one should be able to tell the Fed what risks to evaluate or not. That’s dangerous, wrong, violates the law, and threatens the American people with another devastating financial crash.

Despite this effort to stop the confirmation of President Biden’s full slate of Fed nominees, they are all well qualified and deserve to be confirmed. Read more in our full fact check memo here.

In other news, the HBO MAX original two-part series Gaming Wall Street will premiere on March 3 featuring Better Markets’ own Dennis Kelleher. Gaming Wall Street looks at the general lack of transparency in the markets, payment for order flow, and Wall Street’s long history of offenses and crimes.

We’re also excited about watching the upcoming March 3 episode of The Problem with Jon Stewart show on Apple TV+ where he discusses how our markets work or, more accurately, don’t work for retail investors and the buy side. He also focuses on conflicts of interest and payment for order flow, amazingly making that complicated subject informative, entertaining and, yes, even funny at times!

There’s lots more going on and much more coming up in the next month so regularly check our website www.bettermarkets.org and look out for future Newsletters. Also, be sure to follow us on our social channels: Twitter, Facebook, and LinkedIn, and feel free to send comments or questions to mabdelmesih@bettermarkets.org.

Thank you again for your interest in and support of Better Markets! 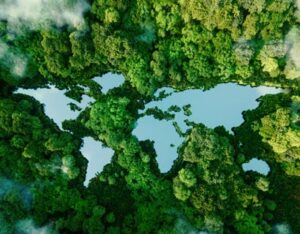 There is widespread, mainstream, consensus from Washington to Wall Street and beyond that climate change poses serious and dangerous risks to the financial system and the economy. They may have different ideas about how and how fast to address those risks, but they agree on the risks and that they must be addressed. Our new Fact Sheet clearly shows the broad consensus that climate-related financial risks are real and must be addressed. Read More > 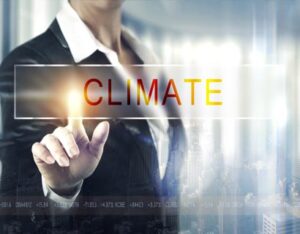 As we state above, climate-related financial risks ARE real and must be addressed. This month, Better Markets submitted two Comment Letters, one to the Office of the Comptroller of Currency (OCC), and the other to the Basel Committee on Banking Supervision. Both comment letters are in response to their proposed principles for the effective management and supervision of climate-related financial risks. Read about the OCC letter here. And the Basel Committee letter here. 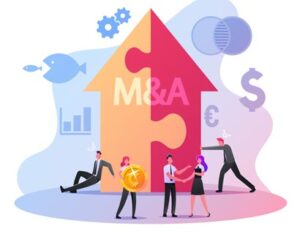 Better Markets submitted a comment letter to the Antitrust Division of the Department of Justice on their request for comment on enhancing the 1995 Bank Merger Competitive Review Guidelines. An insufficient merger review process has contributed to massive consolidation in the banking industry over the last three and a half decades. Large mergers not only increase financial stability risks, but they can also harm hardworking Americans and small businesses, which can then lead to a reduction or access in consumer banking services, or increase the cost associated with them. Read More >

Action in the Federal Courts

Spotlight on the Supreme Court 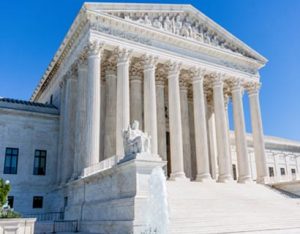 Every term, the U.S. Supreme Court decides cases addressing not just major social policies such as abortion and gun control but also financial and economic issues that can profoundly affect the lives of virtually all Americans—anyone with a bank account, credit card, mortgage loan, or retirement fund. We regularly issue reports highlighting these critically important economic and financial cases. Read our preview of the current term here, and our recap of the last term here.

This term, the Court’s docket includes a number of cases addressing financial regulation, the rights of investors to seek relief in court, and administrative law—a seemingly technical legal topic that can nevertheless profoundly affect the ability of regulatory agencies to carry out their mission of protecting the public from financial frauds and other threats to public health, safety, and welfare.

Below are the two other cases of particular interest that we’re watching that the Court may decide any day:

Other Cases of Interest in the Federal Courts

SEEKING TO HOLD MARKET MANIPULATORS ACCOUNTABLE – A class-action lawsuit on appeal in the 10th Circuit (In re: Overstock Securities, et al.) in which investors seek to recover damages for a brazen market manipulation scheme allegedly perpetrated by Overstock’s CEO, Patrick Byrne, and others.  The plaintiffs have alleged, among other frauds, that Byrne artificially inflated the stock price of Overstock by orchestrating what’s known as a “short squeeze,” a series of actions that forced short sellers to buy stock to cover their positions, thus driving up the price of the stock.  They allege that Byrne succeeded; cashed in his own shares at inflated prices, reaping tens of millions of dollars; and essentially admitted the manipulation.  But the district court in Utah rejected the claims as a matter of law, relying in part on the argument that an essential element of market manipulation is deception, something the court deemed was absent in this case given the overt nature of the defendants’ conduct.

TRYING TO MAKE THE MARKETS LESS RIGGED – An industry challenge in the D.C. Circuit (Citadel Securities LLC v. SEC) to the SEC’s approval of a new type of trading order that helps protect investors from predatory trading activity by sophisticated high-frequency trading firms.

SEEKING TRANSPARENCY ABOUT DIVERSITY ON CORPORATE BOARDS – A challenge in the 5th Circuit (Alliance for Fair Board Recruitment v. SEC) to the SEC’s approval of a new rule issued by the NASDAQ that would help advance the cause of racial justice.

The main focus of Congressional activity during the month was the passage of appropriations legislation to keep the government funded – the current continuing resolution will expire in mid-March, at which point Congress will need to act again to keep the government open. The Senate also passed symbolic, non-binding legislation to rebuke Russia for its aggression against Ukraine.

Much of the debate at the hearing focused on Republican criticism of Sarah Bloom Raskin’s past statements on climate change. Ranking Member Pat Toomey (R-PA) said that he believed Raskin would force the Federal Reserve to pick winners and losers among industries and allocate capital away from the fossil fuel sector. Raskin said she did not believe it was the role of the Federal Reserve to make such or to pick winners and losers in the economy.

Ranking Member Toomey also criticized Dr. Cook’s past comments on inflation, suggesting that her views on how the Federal Reserve should fight inflation are unclear. Dr. Cook responded that she would be guided by the economic data when considering inflation challenges.

In a shameful move, Republican members of the Senate Banking Committee boycotted a scheduled vote on nominees to the Federal Reserve Board and the Federal Housing Finance Agency, forcing the Committee to postpone its vote due to the lack of a quorum.

Five nominees to the Federal Reserve – including the current Chairman, Jerome Powell—and one nominee for the FHFA were scheduled to be voted on at the Senate Banking Committee hearing on February 15. Under the current Senate rules, Committees cannot hold votes on nominees without a quorum present; Ranking Member Toomey said that Republicans would not support moving forward with a vote until they receive additional answers from Fed nominee Sarah Bloom Raskin.

Senate Banking Committee Chairman Sherrod Brown (D-OH) led the Committee’s Democratic members in holding an unofficial vote of 12-0 in support of advancing all six nominees, although Senator Warren (D-MA) noted her opposition to Jerome Powell’s renomination to serve as Federal Reserve Board Chairman.

On February 15, the Senate Banking Committee held a hearing on stablecoins, at which Chairman Brown (D-OH) said there is a need for a regulatory framework to address the risks posed by these cryptocurrencies, which are pegged to a national currency like the U.S. dollar. The U.S. Treasury Department’s Under Secretary for Domestic Finance, Nellie Liang testified on a recent report issued by the President’s Working Group on Financial Markets about stablecoins.

Chairman Brown cited recent ads during the Super Bowl viewed by hundreds of millions of Americans trying to promote cryptocurrencies and suggested that retail investors will be at risk of scams, fraud and thefts if they plunge into the confusing and fast-moving crypto markets without proper oversight by Federal regulators.

Check out these news articles that provide relevant and informative information on topics of interest to Better Markets and its staff.

Please note you may need a paid subscription to view certain articles below.