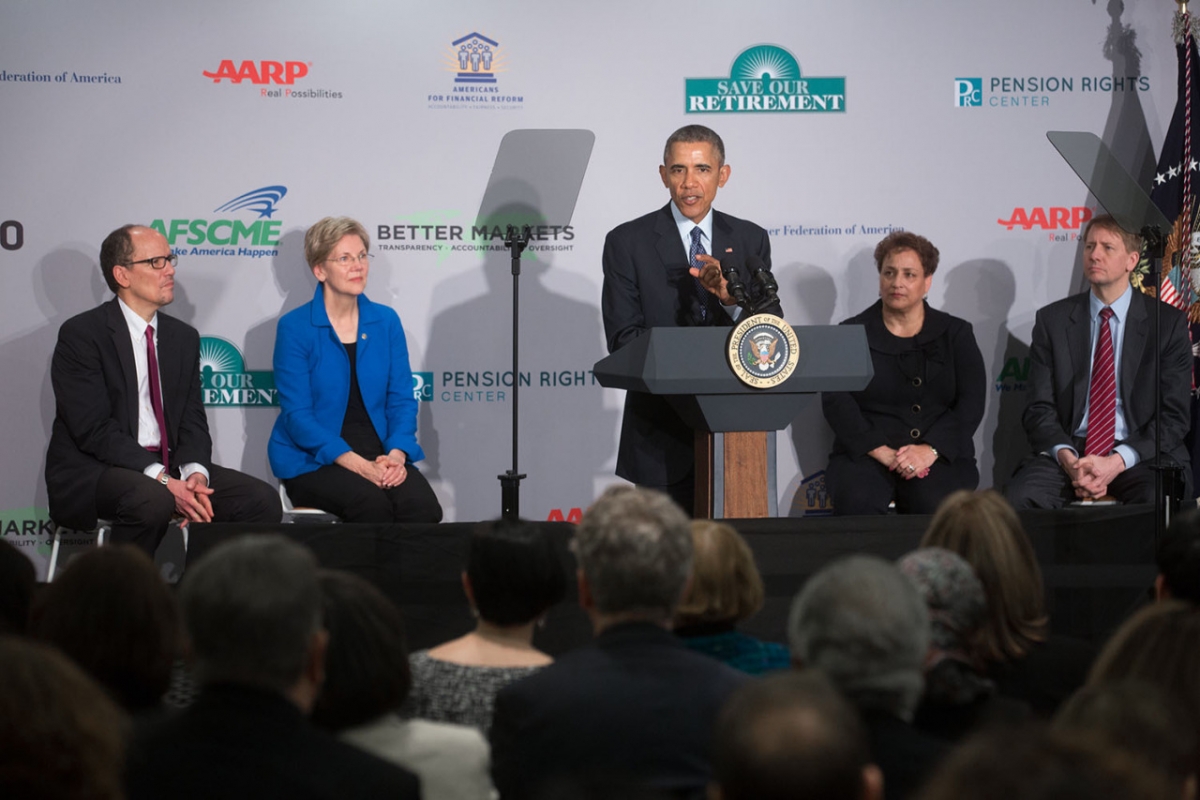 “In America, after a lifetime of hard work, you should be able to retire with dignity and a sense of security.” — President Obama

Because of a “Retirement Advice Loophole” dating back to the 1970s, Wall Street banks, brokers, mutual funds, and insurance agents with major conflicts of interest are allowed to provide investment advice that puts their own interests ahead of what’s best for their clients. Millions of Americans are affected by this loophole every year without even knowing it, and it is draining away their retirement savings. – From Save Our Retirement

President Obama is determined to close this loophole. At an AARP event attended by Better Markets, the President announced his strong support for an updated rule from the Department of Labor (DOL) that has been sent to the Office of Management and Budget (OMB) for review — a critical first step in the rulemaking process. This rule is expected to require everyone who provides retirement advice to act solely in the best interests of their clients, to be held to a fiduciary duty standard, like a doctor or a lawyer.

President Obama was joined by Senators Elizabeth Warren and Corey Booker as well as Congressman John Delaney who all showed strong support for this rule.

Key Articles To Help Understand Why We Need This Rule

Save Our Retirement: The Problem

The White House: What You Need to Know about Retirement “Conflicts of Interest,” in Three Big Sentences

From the White House:

Securities and Exchange Commission (SEC) Chair Mary Jo White recognizing the separate and important mission of the DOL to protect retirement investors under ERISA, and explaining that the DOL and the SEC staffs have consulted extensively on the DOL’s rule.

The Philadelphia Inquirer: Seeing Through the Fog on Retirement-Fund Advisers Mar. 1 By Jeff Gelles

The Project Syndicate: Obama Steps Up Feb. 25 By Simon Johnson

A Legal Analysis: Understanding DOL’s and the SEC’s Respective Roles

Better Markets Statement on the Department of Labor Extending the Comment Period on the Rule Protecting Americans’ Retirement Security May 15. 2015

Save our Retirement Statement Ahead of Senate Aging Committee Hearing on Retirement Security March 12, 2015