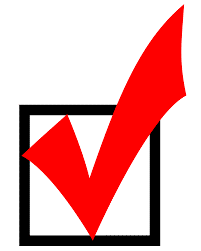 This action followed our lengthy comment letter, which detailed how the original proposed rule would have dramatically changed the swaps dealer definition, excluded cleared derivatives and hedging activities, and invited netting gamesmanship.  However, those provisions violated both the Dodd Frank Act and the Administrative Procedures Act.  The result would have been significant deregulation of swaps markets for far too many derivatives transactions and entities, including some of the most dangerous Enron-like derivatives dealing.

In the same meeting, the CFTC proposed a rule changing how swap execution facilities (SEFs) are regulated, harkening a return to the dark, unregulated swaps market that led to the 2008 crash.

The creation of SEFs and the regulation of the derivatives markets, with much greater transparency, delivers information and knowledge to market participants, which enables risk-reduction, oversight and preparation to prevent future crashes.  It would be a tragedy if the CFTC deregulated those markets again and put that progress at risk. 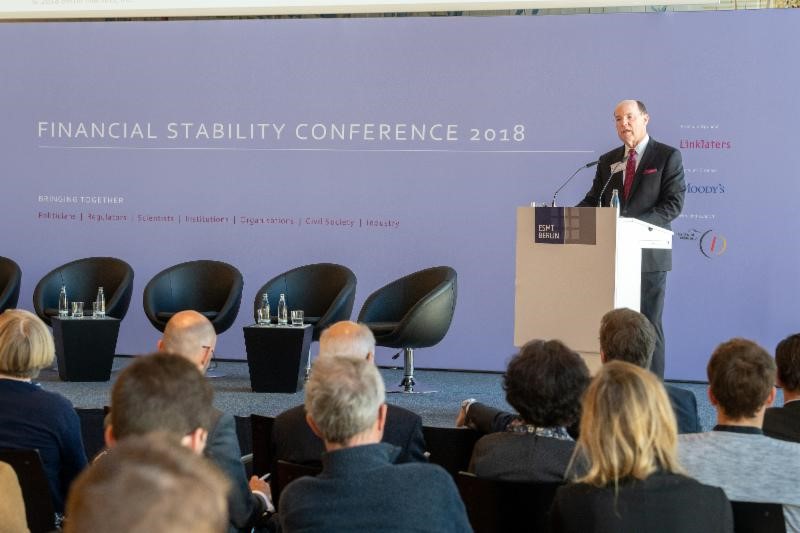 Kelleher Speaks in Berlin on the State of Financial Reform
Dennis Kelleher, President and CEO of Better Markets, was invited to deliver the keynote address in Berlin Germany at the sixth annual Financial Risk and Stability conference. In his speech, titled, “The State of Financial Reform: A View from the United States,” Kelleher spoke about a number of key aspects of financial reform, including: how we got to where we are today, what’s been achieved, what’s still missing and what’s atstake should things go wrong once again.

Kelleher kicked off the daylong conference by providing insights to top European policymakers, regulators and elected officials, including that Dodd Frank has refocused the financial industry on supporting the real economy and Main Street families and away from bonus driven, risky activities that have the potential to cause another crisis and more bailouts. 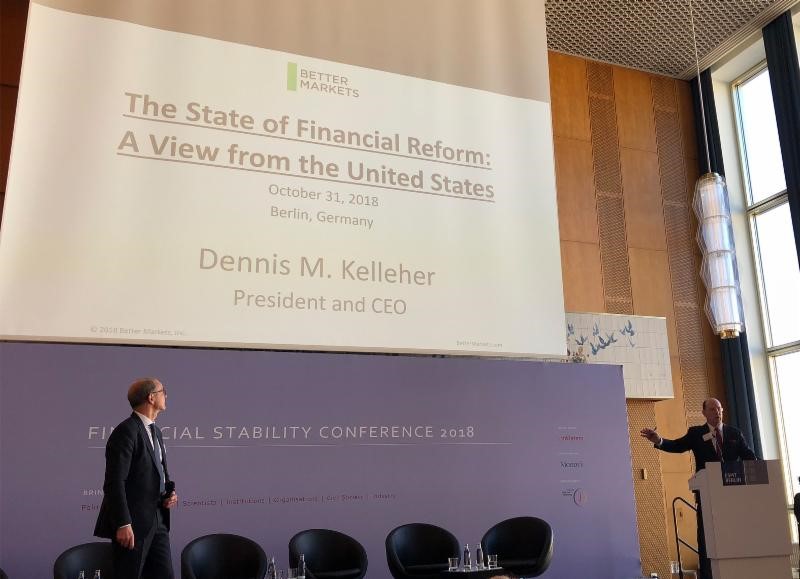 Among other things, Kelleher emphasized that it was important to remember that crashes do not require evil actors in – or motives by – the private sector.  It is the nature of markets and financial firms, individually and, ultimately, collectively. That is the unsettling, but undeniable, truth behind former Citigroup Chief Executive Officer Chuck Prince’s infamous and much misunderstood quote in July 2007:

“When the music stops, in terms of liquidity, things will be complicated.  But as long as the music is playing, you’ve got to get up and dance.  We’re still dancing.”

He was only admitting the obvious:  when a financial institution and its peer group are making lots of money doing roughly the same thing (meaning, the market “music” is playing), they have to keep doing the same thing (“dancing”) or their revenues, profits, bonuses and stock will go down relative to their peer group.

While doing otherwise may be tolerated by a board and stockholders for a short time, it will not last long as revenues, profits and stock drop relative to their peers. That is why Mr. Prince was right: “as long as the music is playing, you’ve got to get up and dance” or you will be replaced with someone who will.

Kelleher concluded by pointing out that effectively regulating finance is not impossible. In fact, we know that because for over 70 years the post-Great Depression layers of protection worked, financial stability worked, and the economy worked for most Americans. During that time there was no catastrophic crashes. And what came out of those 70 years? A strong and vibrant middle class that served as the engine powering the American economy.

Strong, robust, effective markets, Kelleher pointed out, require equally strong, robust and effective rules so that the productive economy can deliver jobs, growth and prosperity to all Americans.

Fed’s Unjustified and Unwise Proposal Decreases Bank Capital
Responding to S. 2155, the bank deregulation bill that passed Congress in May, the Federal Reserve issued a new series of proposals to implement the law, weakening provisions of Dodd-Frank and overall reducing capital, liquidity, and other requirements. 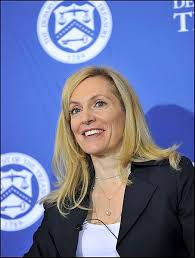 Fed Governor Lael Brainard objected and outlined her compelling reasons: “The proposed reduction in core resiliency comes at a time when large banks have comfortably achieved the required buffers and are providing ample credit to the economy and enjoying robust profitability.  In short, I see little benefit to the institutions or the system from the proposed reduction in core resilience that could justify the increased risk to financial stability and the taxpayer.”

Better Markets agrees.  The Fed’s proposals are as unjustified as they are unwise. Deregulating some of the largest banks in the country will make the financial system less safe, less stable and less protected from another crash. To do this so late in the business cycle after $2+ trillion of fiscal stimulus when these banks have record revenues, profits and bonuses is needlessly gambling with taxpayers’ money. If the Fed was guided by facts rather than ideology, it would be imposing countercyclical buffers, increasing capital, liquidity and other safeguards. 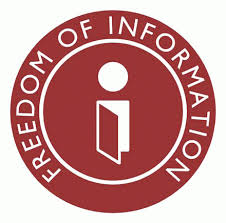 Fighting for the Public Right to Know What the SEC Knows From Its Investor Testing
Better Markets filed a Freedom of Information Act request (FOIA) with the Securities and Exchange Commission (SEC) to obtain records related to the investor testing that the SEC has reportedly been conducting in connection with two important rule proposals issued last Spring, Regulation Best Interest and Regulation Form CRS.  Given that these proposals will impact millions of investors and billions of dollars, the American people have a right to know what the SEC knows about how investors view these proposals.

The two proposals go hand in hand, one focused on the standard of care that brokers must meet when they give investment advice, the other on the disclosures that are supposed to enlighten investors about the duties that different types of advisors owe their clients.  Unfortunately, both proposals come up short.

Reg BI fails to deliver a strong and clear best interest standard, one that requires all advisors to act solely in the best interest of their clients.  In fact, it’s hardly an improvement over the existing rule known as “suitability,” which gives brokers vast leeway to line their own pockets at the expense of their clients.   The disclosure requirements in Reg Form CRS are just as disappointing.  The average investor is unlikely to read them, and if they do, they’ll likely come away as confused as ever—if not more so. 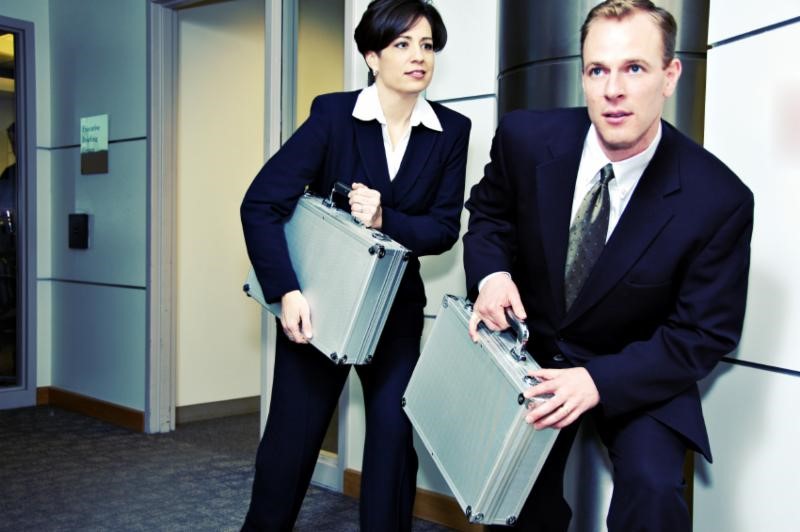 And in a truly baffling step, the Commission didn’t subject the disclosure requirements to investor testing before drafting the rules and releasing them for comment.   Instead, they’ve belatedly embarked on an investor testing protocol that hasn’t seen the light of day and may not until the rules are close to final.  Then it’s too late for the public to understand how effective—or ineffective—the disclosure provisions really are, and it’s too late to offer any further comment in light of the testing results.

That’s why Better Markets submitted the FOIA request, asking the SEC to produce all records relating to any investor testing that’s being conducted in connection with the rule proposals. It seeks everything from the testing questions and results to the reasons why the Commission saw fit to write the disclosure rule before gathering data on its real-world impact. 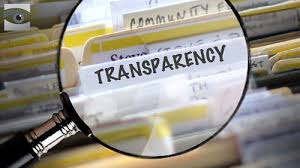 Why does it matter so much?  These two proposals represent the SEC’s weak, deficient effort, after decades of indefensible inaction, allegedly to limit powerful conflicts of interest among brokers.  Current rules allow brokers to recommend overpriced and underperforming investments to their clients to reap huge commissions, bonuses and prizes.  The cost to investors is staggering:  tens of billions of dollars in hard-earned savings siphoned away every year.  Without a genuine “Best Interest” rule that requires investors’ best interests be first and foremost, investors will continue to suffer these massive losses.  And while no disclosure rule can possibly substitute for a strong best interest standard, at a minimum, the rules shouldn’t make matters worse with disclosures that investors won’t read or understand.  As time marches on and the proposal gets closer to finalization, the public is entitled to know how good—or bad—those disclosure provisions really are, assuming that the testing was appropriate, thorough, unbiased and robust.