An important part of our work at Better Markets is trying to inform and shape the conversation around the core issues of economic growth, jobs, credit availability, wealth creation, small business formation, community banks, and the basic finances essential to the livelihoods of all Americans. The financial industry spends an enormous amount of time and money pushing its (usually one-sided, incomplete, and misleading) version of every economic and financial story. A key part of our job is to fight for balanced coverage and to explain how policy, regulation, and enforcement directly impact the core concerns of Main Street families.

This is why we’ve put a spotlight on the Department of Justice (DOJ) criminally charging former JPMorgan Chase officers for engaging in an 8-year-long crime spree by fraudulently manipulating the precious metals markets. While the case previously received little attention, we pointed out that it could be a “gamechanger” that substantially increases the risk for financial lawbreakers. With a distressing lack of enforcement and accountability for the giant Wall Street banks and other financial firms, this case could be a crucial moment and we will continue to closely monitor the trial.

Enforcement via civil and criminal charges, however, are only one way to stop Wall Street lawbreakers and bring some accountability to the C-suites.  Another way is effective regulation and supervision, which is why we created a detailed agenda for the new Federal Reserve Vice Chair for Supervision Michael Barr. After four years of dangerous deregulations during the Trump administration and the weaknesses in the financial system revealed by the pandemic, it is imperative that banking regulation and supervision be materially strengthened and that the Federal Reserve works to minimize risks to financial stability.  We even released a short video about that:

While enforcing the law on Wall Street is crucial, it’s also very important that regulators are held to the highest standards. Unfortunately, that simply is not the case, particularly at the Federal Reserve, which is far too insulated from transparency, oversight, accountability, and even basic legal compliance.  The latest example of that is the Federal Reserve’s Inspector General’s recent report on a highly selective part of last year’s Fed trading scandal.  That result-oriented report, however, was very narrow, omitted key information, and was not credible. Frankly, the IG’s report is little more than just the latest part of a cover up of wrongdoing at the highest levels of the Fed.  There are still many key questions that need to be answered by the Federal Reserve about this scandal and we are going to continue to demand answers and highlight this wrongdoing.

Our team also addressed the many issues raised by the recent Supreme Court decision in West Virginia v. EPA, which was a dagger aimed at the heart of the government’s ability to protect the health, safety, and welfare of the American people. Congress created regulatory agencies like the EPA (and like the financial regulatory agencies) to hire experts, gather and analyze data, seek and receive public input, and enact regulations to respond to the many ever-changing issues that arise in a large and complex country. The Court’s decision dangerously limited the ability of regulatory agencies to fulfill those Congressionally mandated missions.  It is, unfortunately, part of the right-wing’s project to empower corporations at the expense of individual rights by dismantling the post-New Deal administrative state. The decision could have significant implications for regulating Wall Street and the financial industry, but it will not slow us done in fighting for the economic and financial security, opportunity, and prosperity of the American people in the courts, Congress and at the agencies. 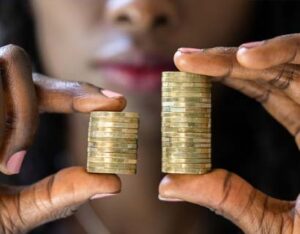 ACTIVITES AT THE REGULATORY AGENCIES

We applauded the SEC for prioritizing investor protection by rejecting Grayscale’s proposed crypto exchange traded fund (ETF.) In the last several months, more than $2 trillion have been lost in crypto investments due to widespread fraud and manipulative practices so the SEC’s careful approach is necessary.

Following Better Markets’ recommendations in its December 2021 comment letter, today the SEC rescinded provisions of a 2020 rule that stifled the availability of independent and timely advice for shareholders exercising their proxy voting rights.

Proposal from the SEC will help Prevent Another Financial Crisis
Better Markets filed a Comment Letter to the SEC in response to the proposed rule on Standards for Recovery of Erroneously Awards Compensation. Known as the clawback rule, this rule will go after executive compensation policies that incentivize financial firms and others to engage in accounting fraud and other manipulative practices.

12 years ago this month, the Dodd-Frank financial reform law was signed by President Obama. Dodd-Frank has helped prevent the excessive risk-taking that led to the 2008 financial crisis and provided common-sense protections for American families. It also helped to reorient the country’s biggest banks – all of which were bailed out by taxpayers in 2008 – away from high-risk, predatory, and anti-social trading and investment activities toward banking activities that growth the real, productive economy, jobs and wealth for Main Street families.  Much of the implementation of Dodd-Frank has been completed but the Trump administration and special interests on Wall Street have worked hard to weaken the law.

Better Markets is working to strengthen, protect, and finish the work of Dodd-Frank.

ACTIVITES AT THE FEDERAL COURTS

The Senate on July 13 voted 66-28 to approve Michael Barr as the Federal Reserve’s new Vice Chair for Supervision, which puts him in the seat of the top banking regulator at the Federal Reserve.   Better Markets praised Barr’s confirmation, but noted that he is taking office at a challenging time: ” He must act quickly to strengthen the resiliency of the banking and financial systems so that they can withstand the stresses of today, weather the emerging threats of tomorrow, and, throughout, continue to support the productive economy, jobs, growth, and Americans’ living standards.”

With Barr’s confirmation, the Federal Reserve’s Board of Governors will have all seven members in place and serving for the first time since 2013.  Better Markets released a memo with an agenda for Vice Chair Barr and his Fed colleagues to focus on, which begins, as the memo notes, with “immediately putting the stress back into the stress tests so that they ensure that the banking system can both withstand the unprecedented conditions battering our financial system while still supporting the needs of a growing economy.”

Senator Elizabeth Warren (D-Mass.), a noted skeptic of the growing wave of poorly-regulated crypto companies, wrote a letter to the Environmental Protection Agency and the Department of Energy, citing recent investigations into the environmental impacts of cryptomining. The letter, which was signed by a number of her House and Senate colleagues, asked EPA and DOE to require cryptominers to report their emissions and energy use.

On July 19, the US Securities and Exchange Commission’s Director of the Division of Enforcement testified before the House Financial Services Committee’s Subcommittee on Investor Protection, Entrepreneurship, and Capital Markets.

Gurbir Grewal is the top cop on the Wall Street beat at the SEC, overseeing an office of more than 4,500 employees who police the capital markets for fraud and abuse.

Mr. Grewal received questions from Members of the Committee on a wide range of issues, including fraud in the crypto industry and the “gamification” of investing through popular platforms like Robinhood.  He said that the SEC is very concerned about these practices and, while he wouldn’t confirm any specific investigations that are underway, he did say “gamification is a huge concern” and hinted that new SEC rules may be coming to address the issue.