Americans Are Hurting & the Democratic Candidates for President Need to Talk About Jobs, the Real Economy and Wall Street at the Debate Next Week

The sad truth is that 75% of Americans are losing faith in the American Dream, and less than 20% of Americans even believe they are living it now.  That’s because economic insecurity, anxiety and despair are haunting millions of American families as they work harder and harder for less and less, struggling just to make ends meet.

Why?  Because 90% of Americans overall earn roughly the same real income today as they earned back in the 1970s: 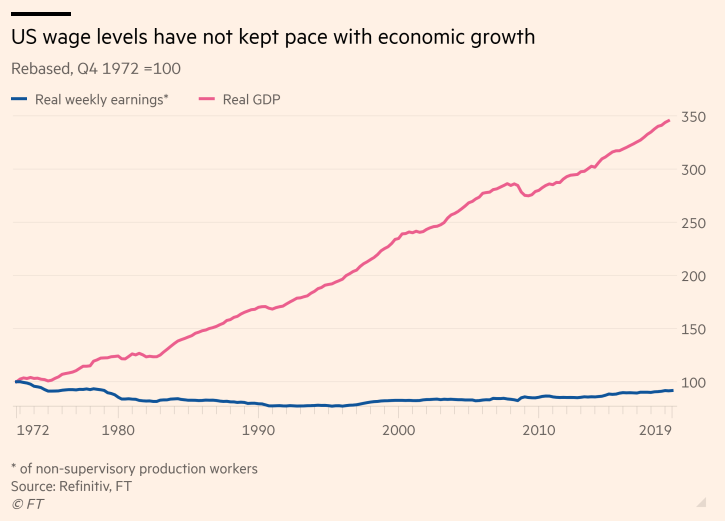 (“From financial crisis to inequality – how economists got it wrong,” Ed Luce, Oct. 9, 2019, The Financial Times)

And, today, the top 0.1% own nearly the same amount of wealth as the bottom 90% of Americans. The economic devastation on Main Street was all made worse by the 2008 financial crash caused by Wall Street, that robbed tens of millions of Americans of their jobs, homes, savings, health care and so much more.

What is the result of this gaping wage, income and wealth inequality? Growing and unsustainable indebtedness due to higher credit card bills, higher mortgage repayments, and higher student loans.  American families are on a never-ending treadmill, working harder than ever but getting nowhere.  Making matters worse, those conditions are fueling our political and social divisions.

That’s why it’s unbelievable that, so far, the debates among the Democratic candidates for president have totally failed to address the fundamental economic and financial issues facing America and voters. A chart by Bloomberg News tracking the topics discussed through the first three debates tells this depressing story: 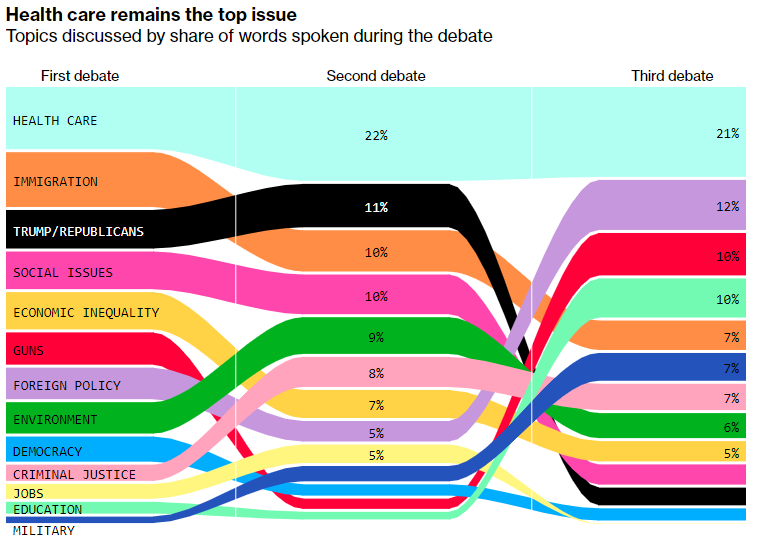 Given that jobs, wages and economic growth are key to so many critical issues — including whether the American Dream is alive or dead – the failure to talk about these is an abdication of responsibility by the moderators and the candidates.  That’s why we ran an Op Ed on “The Economic Answers Voters Want from the Presidential Candidates” and have developed a voter education scorecard on the key economic and financial issues: 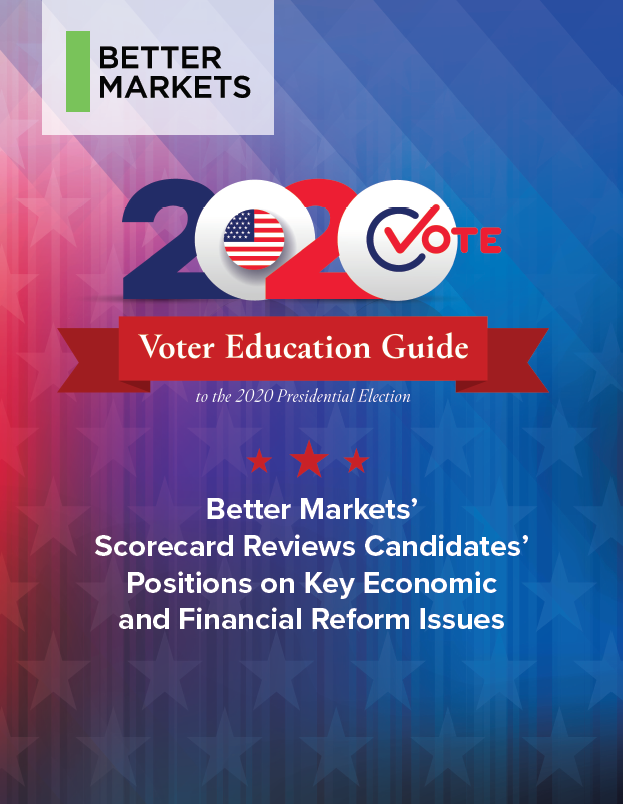 In the debate next Tuesday, the candidates simply must talk about policies that prioritize job creation, higher wages, economic growth and broad-based prosperity for Main Street families.  But, even robust plans for all that won’t be enough.  The high-risk, dangerous activities of Wall Street’s too-big-to-fail financial firms can put even the best plans in dire jeopardy.

Wall Street has perverted our financial system into a wealth extraction mechanism that enriches a few thousand already rich people.  It used to be a wealth creation system that generated broad-based prosperity and a thriving middle class.

It’s critical that the candidates address the potential for catastrophic financial crashes and Wall Street bailouts, protect Main Street from financial predators, and put finance to work serving the real economy, which will rebuild and grow the middle class.  The business-as-usual attitude on Wall Street and in the halls of power in Washington D.C. must change and get finance serving society once again.