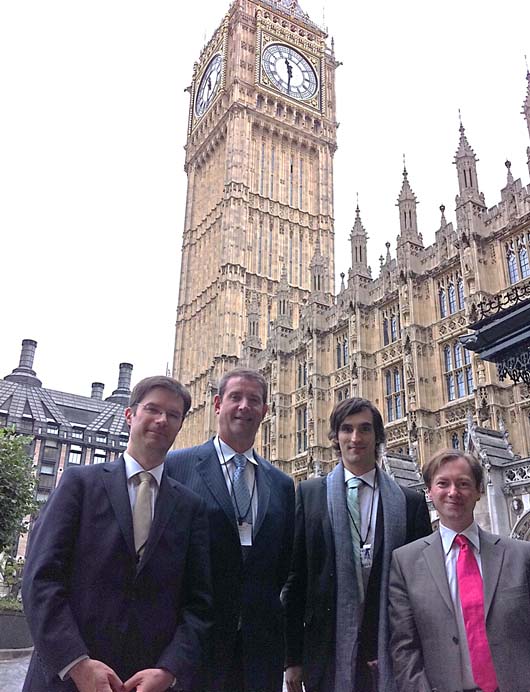 Betters Markets Chairman Michael Masters and research director David Frenk visited Europe in early September for a series of meetings with high-level policymakers on the future of derivatives regulation and commodity speculation. In London, the two met with shadow cabinet minister Mary Creagh and her staff, as well as senior advisors to former Prime Minister Gordon Brown and Member of Parliament Ed Balls. The visit also included a stop at the Her Majesty’s Treasury where they met with senior officials including Brendan Bailey and Katie Fisher, as well as Christopher Durham from the U.K. Department for Environment, Food and Rural Areas.

The focus of the talks surrounded efforts to better regulate commodities markets and to curb excessive speculation driven by index funds. They also visited France, where they met with officials from the agriculture and treasury ministries. The two presented Better Markets research on the role these commodity index funds are contributing to higher food and fuel prices. The meetings were a great success and led to Better Markets preparing an in-depth analysis on reforming the European law that regulates investment services in its 30-member states – a process more formally known as the Markets in Financial Instruments Directive.

The analysis spells out how the European Union can achieve a level playing field requires open and fair access to all market, and strike a regulatory balance between creating economic opportunities while ensuring against threats that could lead to a financial crisis.