Lots going on in just the last few weeks: 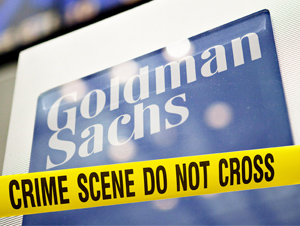 Goldman Sachs is holding its very first investor meeting in New York today where it is expected to disclose its business plans for targeting Main Street consumers and investors in the coming years.  We thought this was an appropriate time to detail Goldman’s 20-year breathtaking record of illegal conduct, which includes more than 36 major legal actions that have resulted in over $9.8 billion in fines and settlements.  That does not include the Justice Department’s expected settlement of Goldman’s shocking, years-long, wide-ranging involvement in the 1MDB global criminal enterprise, which was detailed in a prior report: Goldman Sachs’ 1MDB “Four Monkeys” Defense and CEO Solomon’s Golden Opportunity.

Those facts demonstrate that Goldman Sachs is a too-big-to-fail, too-big-to-jail, too-big-to-regulate and too-big-to-manage Wall Street bank.  That has enormous implications for the bank, investors, taxpayers, the financial system, and the economy, and Goldman Sachs’ CEO and other executives should be pointedly questioned about 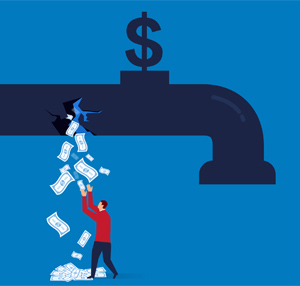 Last September, rates in the repo markets spiked, and the biggest Wall Street banks and their allies – consistent with past practice – predictably claimed that the financial protection rules adopted since the catastrophic 2008 crash caused the repo turmoil.  Some thought another spike, if not crash, would happen at year end.  We did not and said so in our Op Ed.  Year end was quiet, but the Fed’s massive injections of liquidity into the repo markets, which began last September, has continued at a very significant level, once again ballooning the Fed’s balance sheet.  This raises a number of policy questions, which we addressed in our Fact Sheet.  These issues are likely to continue throughout 2020 and we will continue to counter the industry’s attempts to attack the rules without basis. 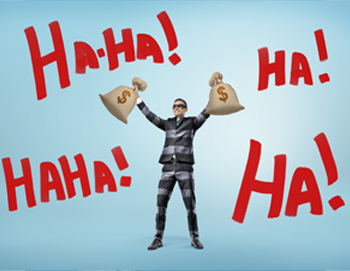 One of the most basic principles of law is that – not matter what else –– a crook should and must give up the money he or she took from the unsuspecting victims, often called “ill-gotten gains.”  That is the legal concept of “disgorgement” and it is overwhelmingly important because, otherwise, crooks would be able to keep the profits acquired from their illegal activities.  Yes, they should also be fined, barred from the industry and, if criminal, sent to prison.  But no matter what else happens to a crook, they must at a minimum give up their ill-gotten gains or their criminal activity is actually incentivized.

Unsurprisingly, crooks don’t like disgorgement, and some are currently trying to get the Supreme Court to declare that the SEC doesn’t have the authority to obtain disgorgement even though it has been using this key investor protection tool for 50 years.  We went to court – the Supreme Court in fact – to support the SEC and protect investors and victims of securities fraud and other crimes.

Better Markets (along with the Consumer Federation of America) also filed an amicus brief urging the Court of Appeals for the Second Circuit to invalidate the SEC’s intentionally misleadingly labeled “Regulation Best Interest” (Reg BI) Rule on numerous grounds.  Financial advisers’ conflicts of interest are costing tens of millions of hardworking Americans tens of billions of dollars every year.  That’s why Americans need a strong, clear rule that actually requires all financial advisers to always act in the best interests of their clients without regard to the adviser’s own financial gain.  Reg BI does not do that, and the court should throw it out. 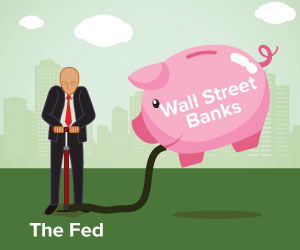 The Federal Reserve failed miserably in the years before the 2008 crash.  The facts are pretty clear that the crash could have been largely avoided, or at least substantially reduced in severity, if the Fed had even done a modest job in monetary policy, regulation or supervision in the years before the crash.  Instead, it failed at all three. It was a cheerleader for deregulation and the benighted view that the biggest, most systemically important profit- and bonus-maximizing banks knew best and should be able to regulate themselves.

The catastrophic 2008 crash – the worst since the Great Crash of 1929 – proved those views and policies totally wrong and the American people paid a devastating price.  The so-called Great Recession was the worst economy since the Great Depression of the 1930s and it robbed tens of millions of Americans of their jobs, homes, savings and so much more, as detailed in our Cost of the Crisis Report.

To make sure such a calamity never happened again, the Dodd-Frank financial reform law was passed, which created a Vice Chairman of Supervision at the Federal Reserve Board.  However, ignoring those recent painful lessons and, indeed, not even mentioning the crash or suffering of the American people, the Vice Chair for Supervision delivered a speech (on a Friday afternoon before a three-day holiday weekend as Congress left town for recess) that reflected the wish list of those very same gigantic Wall Street banks, who would like to return to the incredibly profitable pre-crash days of non-regulation and non-supervision.

The Vice Chairman proposed a dramatic weakening of the way the Fed supervises the largest, most dangerous and most systemically significant banks in the country.  He even proposed to have Congress micro-manage the Fed’s supervision.  He was more serious than people realized last year when he was quoted as saying, “[changing the supervision culture] ‘will be the least visible thing I do and it will be the most consequential thing I do,’” in an article entitled “Banks Get Kinder, Gentler Treatment Under Trump.”  Another article captured what is going on here: “Wall Street Reformers Stunned by New Supervisory Proposals from Fed’s top Bank Regulator.” 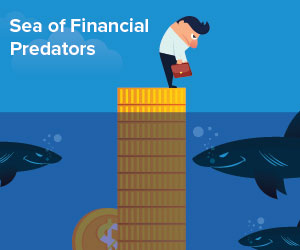 Cost-benefit analysis (CBA) sounds good and neutral.  After all, who could oppose only doing something when the benefits outweigh the costs?  The fatal flaws in a cost-benefit framework only appear when the assumptions underlying the analysis are identified:  that all the costs and benefits are known, quantifiable and weighted neutrally by an objective decision maker after considering all the facts and circumstances.

That, of course, bears no relationship to reality in a rulemaking process that is dominated by the money, power, influence and informational asymmetry of the financial industry.  That is also why Wall Street’s biggest banks and the financial industry more broadly have tried to require a rigorous, quantitative CBA in as many rules, laws and regulations as possible.  Better Markets has been a counterweight to this argument since its founding in 2010 at the regulatory agencies, in the courts and throughout the public policy debates about financial protection rules.

Simply put, industry’s costs (often significantly inflated and speculative) are easy to quantify whereas the public interest costs or benefits are often very difficult to quantify, which is why we refer to CBA as “industry-cost-only analysis.”  These problems are compounded by the fact that the industry usually exclusively has the critical data which they claim supports their position.  However, they almost always refuse to disclose the information, claiming it is proprietary and confidential.  (And, when regulators try to obtain that data for the purposes of informed public policy like the SEC’s maker-taker test pilot program, the industry resists, fights and, ultimately, sues, as it did with maker-taker, which we supported here and here.)

The FDIC is just the latest agency to take up the industry’s unending quest to inject CBA into rulemaking.  As we detailed in our comment letter, integrating CBA would undermine the safety and soundness of banks, endanger the deposit insurance fund (or “DIF”), and increase financial instability.  It also directly conflicts with Congress’ decision not to impose such a requirement on the FDIC.  (For those interested in learning more about this, footnote 5 in the comment letter cites our prior work in this area, including a seminal report entitled “Setting the Record Straight on CBA and Financial Reform at the SEC.”)

Better Markets recently filed two additional comment letters with the OCC and SEC, and one rebuttal letter with the SEC.  The first comment letter (sent to the OCC)opposed the agency’s attempt to effectively allow financial predators to evade state caps on interest amounts (so-called “usury” laws).  The OCC proposal would pave the way for unscrupulous loan sharks, payday lenders and other predatory enterprises to gouge vulnerable borrowers with enormous interest rates with impunity and in direct violation of state consumer protection laws.  We are aggressively opposing this proposal.  The second comment letter, filed with the SEC, opposes the opening of three new loopholes that would allow broker-dealers in the over-the-counter market to continue exploiting an exception that deprives investors of current, accurate information on the financial condition of companies.  Finally, we filed a letter with the Chairman of the SEC supporting the speedy implementation of the Consolidated Audit Trail (CAT), which is a revolutionary tool that has the potential to dramatically increase the ability to protect investors and markets.  The letter is just the latest in our years-long effort to get this game-changing technology online and working for all Americans. 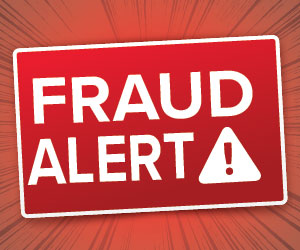 Better Markets sent a letter to the U.S. Attorney General and the head of the Criminal Division of the U.S. Department of Justice seeking an investigation into reports that industry-allied groups had sent dozens of fraudulent letters to the SEC in support of its proxy access and proxy advisers rulemakings.  The Chairman of the SEC read from a number of these fraudulent letters in support of proposed amendments to proxy voting advice and shareholder proposals during a Nov. 5, 2019 open meeting when he and two other Commissioners voted in favor of the proposals.  According to media reports, this intentional fraud was undertaken for the purpose of deceiving the SEC into taking specific regulatory action sought by the Chamber of Commerce and other industry groups.  In addition to being a corruption of the rulemaking process, it would appear to be a violation of the criminal wire and mail fraud statutes and we have asked the Department of Justice to conduct an investigation (as well as the SEC, other federal regulatory agencies and members of Congress).