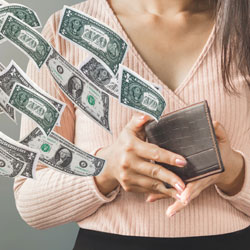 Too often bad laws, rules and regulations are obfuscated with ambiguous language and provisions or outright false wrapping and rhetoric. That’s what happened this week when the SEC finalized a misleadingly labeled rule called “Regulation Best Interest,” which actually doesn’t do what the SEC spinners are claiming. Better Markets and all the consumer and investor advocates criticized it while the financial industry, its trade associations and political allies cheered it, which we think is pretty strong evidence of what’s really going on. Additional evidence comes from most of the coverage of the rule, including in the Washington Post, which called it “another major victory” for Wall Street.
The SEC is turning its back on investors and protecting industry profits by finalizing a rule that does not actually require brokers to put investors’ best interest first. Adding insult to injury, the SEC is misleading investors about what the rule does and doesn’t do while enabling brokers to do the same. If the SEC’s own 10b-5 anti-fraud rule applied to the SEC’s own statements about so-called Reg BI, then it would likely have to sue itself for knowingly misleading investors.
No amount of carefully crafted, Orwellian spin from the SEC will be able to hide the stain that this rule will leave on the history of the SEC. If a truth-in-labeling law applied to the SEC, then this rule would be called “Broker Profits First, Investors’ Savings Second,” as we detailed more in this Op Ed in The Hill: New SEC rule aids and abets Wall St predators.
Blog
Share