Paul Volcker to Better Markets: "Carry on the Battle!" 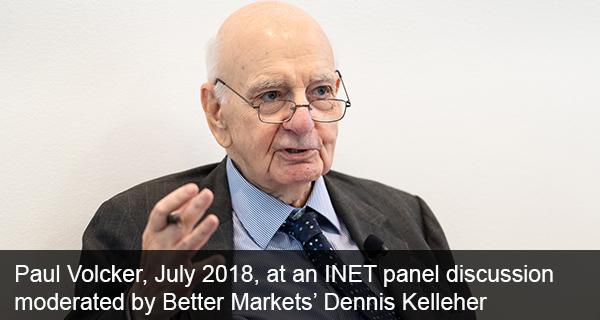 Although he was a former Chairman of the Federal Reserve and held many other high positions with august titles throughout his storied career, the title Paul Volcker earned, deserved and most cherished was that of “public servant.” For many decades, he served his country with class, humility, self-deprecation, and steadfastness. As Robert Kennedy extolled, real courage is a rare commodity, but Paul had an abundance and it fueled his fearlessness. His moral compass could not be swayed by money, power, connections, or passing matters of the moment. Self-interested and fact-free criticism rolled off him with an indifference that offended the mighty who think they must be obeyed. 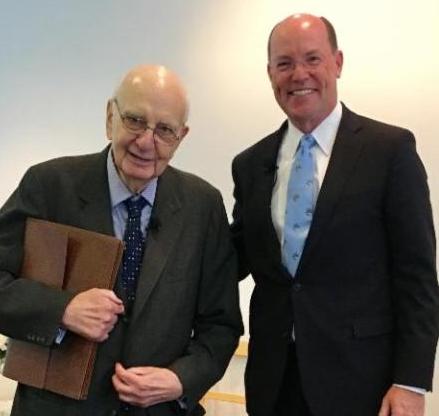 Paul was always very encouraging of the mission and work of Better Markets. In our last conversation, he said “Now it is up to you to carry on the battle!” Our President and CEO was fortunate to moderate a panel Paul was on last year (discussed here), where they had an “eye-to-eye” conversation about those coming battles!

Much has been written about Paul, but two of the best were by Martin Wolf and Gillian Tett in the Financial Times here and here. They are well worth the read. Our short statement is here. And, don’t forget to read his autobiography: “Keeping At It: The Quest for Sound Money and Good Government.”