As Made Clear by Wells Fargo and the Many Bank Failures During the 2008 Crash, We Agree with the Fed that Bank Directors Must be Effective and Focused on the Right Issues, But The Latest Proposal Isn’t Going to do That 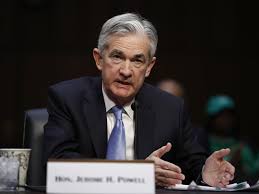 We couldn’t agree more with Fed Chairman Jay Powell’s view of the critical role of bank boards of directors (as stated in a speech last August when he was a Governor):

“We need financial institutions that are strong enough to support economic growth by lending through the economic cycle. To achieve that goal, we need strong and effective boards of directors at firms of all sizes.”

He correctly said boards should:

“…spend less board time on routine matters and more on core board responsibilities: overseeing management as they devise a clear and coherent direction for the firm, holding management accountable for the execution of that strategy, and ensuring the independence and stature of the risk management and internal audit functions. These were all areas that were found wanting in the financial crisis, and it is essential that boards get these fundamentals right.”

However, as we detail in our comment letter, the proposal falls short.

First, much of the substance of this proposed rule was based on what the Fed describes as a multi-year review of practices of boards of directors.  However, the substance, methodology, participants, and conclusions of this review were not disclosed.  This makes meaningful comments on the proposal virtually impossible and frustrates the APA requirement for informed public input.  The Fed should re-propose the rule disclosing in detail the basis for the rule so that the public can comment.

Second, the proposal fails to fully address the most critical questions motivating the Fed’s focus on boards and its most recent proposal, even though Mr. Powell himself suggested the questions in his speech:  If these proposed changes had been in place prior to the 2008 financial crisis, would they have made a difference in reducing or avoiding the type of catastrophic financial institution failures that we witnessed and, if so, how?  And how will these provisions prevent or mitigate the next crisis?  A robust analysis based on those questions must be done and fully disclosed before an informed and meaningful corporate governance system can be designed and before the public can intelligently comment on any such proposal.

Third, the Fed proposes that bank boards no longer receive supervisory findings from the Fed.  Specifically, it proposes that Matters Requiring Attention (MRAs) and Matters Requiring Immediate Attention (MRIAs) be sent only to senior management and no longer to the bank’s board.  In doing so, the proposal creates something of a contradiction in reducing the flow of critical, non-management information to boards yet expecting these same boards to better supervise senior management and be less dependent on management.  Without the benefit of at least MRIAs, this effort is made more difficult.