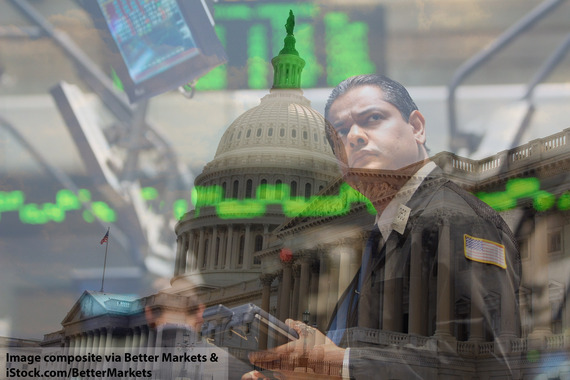 Wednesday, May 6th marks the fifth anniversary of the historic stock market crash innocuously referred to as the “Flash Crash,” where the stock market lost close to $1 trillion in just minutes before bouncing back up about $1 trillion. During these 36 dizzying minutes, at least eight major companies in the S&P 500, including Accenture and Exelon, saw their stock share briefly fall to just one cent per share, while others, like Apple and Hewlett-Packard, saw their stock price increase, rising to approximately $100,000 per share.

Over the course of just 36 dizzying minutes, “U.S. financial markets experienced one of the most turbulent periods in their history,” and the Dow Jones Industrial Average “experienced the biggest intraday point decline in its entire history,” as stated in an analysis distributed by the Commodity Futures Trading Commission. Although the stock market bounced back and regained most of the losses in a matter of minutes, this unexpected and mysterious crash exposed deep, unseen and dangerous fault lines in our markets and regulatory structures. This weakened public and investor confidence in those markets, on which all American families, businesses and our economy and standard of living depend every day.

Regrettably, this confidence has never been restored. Although there were numerous investigations into the supposed causes of the Flash Crash, including by Congress, the Securities and Exchange Commission and the Commodities Futures Trading Commission, none have been very convincing. Those lingering doubts have now been disturbingly confirmed with the recent surprise arrest of a lone day trader in the UK who has been charged with being a cause of the Flash Crash, nearly five years to the day of the crash itself.

Incredibly, this apparently unsophisticated trader, using modified store-bought software to trade over the internet, was reportedly identified manipulating the markets shortly before the Flash Crash by the self-regulatory organization (SRO) Chicago Mercantile Exchange (CME), but was never thoroughly investigated. After five years of alleged manipulative illegal trading and $40 million in profits, this trader was only discovered, investigated, and arrested due to a whistleblower, further highlighting the deficiency of the regulators and investigations.

These five years of relatively unsophisticated, but massive manipulative illegal market activities happened right under the nose of regulators during a time when those same regulators – and various other prosecutors and investigators – claimed to have thoroughly scrutinized every aspect of one of the most severe and troubling market crashes ever. This raises profound doubts about the quality and reliability of those many investigations as well as the claims about the supposed causes of the Flash Crash, none of which were apparently even aware of what is now alleged to be “a cause” – if not “the cause” – of the crash.

As a result, five years after these historic and traumatic events, the American people are left with the same questions they had five years ago: What were the causes of the Flash Crash? How exactly did it happen? Who was involved? Where were the regulators? Why wasn’t it foreseen and prevented? How should rules and regulators change to make sure it never happens again? The latest revelations have raised the following additional questions: Why weren’t this trader’s actions previously detected, investigated, and included in prior analysis and conclusions? Did CME and/or the SRO systems fail, how and why did they, and what does that reveal about the SRO system?

It is now beyond doubt that the previous investigations have been materially deficient. The American people deserve to know all the facts about this historic, but still mysterious crash. It is past time for a substantive, thorough and nonpartisan investigation into the Flash Crash. The Congress must create an independent commission, with full subpoena power and the ability to hear testimony and recommend reforms, to conduct a thorough, unbiased investigation, definitively answer all the key questions, help restore the integrity of our financial markets, and bolster low public confidence in regulators while helping prevent future crashes.

The American people deserve answers before another computer-driven disaster happens on an even larger scale. Only an independent congressionally created commission will be able to do that. Congress should move as soon as possible to authorize one with full and sufficient authority and funding. It’s long past time that we act to restore the integrity of our markets and protect investors.