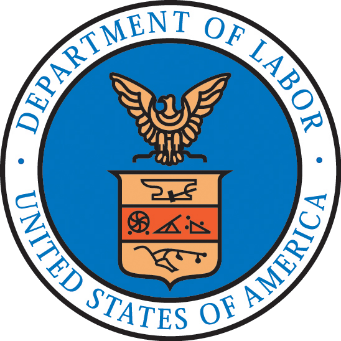 After years of consideration, consultation and an unprecedented comment period, the Department of Labor has all the input and information it needs to quickly finalize the proposed best interest rule and protect retirement savers: This years-long fight is about a very simple principle: should the financial services industry be required to put their clients’ best interest first or should they be allowed to continue to put their own economic interests above the best interests of their clients when they seek retirement advice? Frankly, it is absurd that there is a fight about this basic principle. When hardworking Americans seek retirement advice and hand over their hard-earned money, a broker or adviser should be required to put their clients’ interests first.

Unbelievably, for more than 40 years, a legal loophole has been exploited by too many in the industry that indefensibly allows brokers and other so-called advisers to put their economic interests above the best interests of their clients saving for retirement. This loophole allows them to pocket tens of billions of dollars a year – money that belongs in the accounts of Americans saving for retirement.

Today, the reopened comment period on the Department of Labor’s (DOL) proposal to end this egregious practice, called the best interest fiduciary rule, comes to a close. This is the latest milestone in a very long and inclusive year-long rulemaking process. In fact, this second comment process was unprecedented, reflecting DOL’s commitment to hearing from the public on this important initiative, which they’ve also done through years of input, the recent four-day public hearing and a comment process that has lasted more than 150 days.

Better Markets filed a comment letter today in support of the DOL’s rule to protect Americans from conflicts of interest, which you can read here. (You can also read our comment letter filed during the first comment period in July here.)

Our letter demonstrates – again – that the industry’s arguments against this rule are baseless. For example, the industry has used a misleading PR campaigns and so-called “studies” that are really just bought-and-paid-for spin purchased to support their self-interested positions. These are the same tired tactics Wall Street and its allies have used for years as they’ve tried to kill innumerable consumer protections. As our letter says:

“Since the emergence of financial market regulation, the financial services industry has argued that new regulatory requirements will have a devastating impact by imposing unbearable compliance costs. Yet Wall Street has always absorbed the cost of those new regulations and has consistently remained one of the most profitable sectors in our economy.”

As Secretary of Labor Tom Perez put it in this recent must-read New York Times article on the proposal, “The people who are rattling the sabers the loudest tend to get the most attention…But we have heard more frequently from industry stakeholders who understand and agree this is the wave of the future – an enforceable best-interest commitment.”

This rule is common sense, which is why, as Secretary Perez said, many in the industry actually do support it, with many already putting their clients’ best interest first. Christopher Jones, Executive Vice President and Chief Investment Officer at Financial Engines, testified at the recent hearing on this rule, “Current laws allow advisers to act with enormous conflicts of interest…the proposed rule is workable…and will make unconflicted advice increasingly cost effective.” Sheryl Garrett with the Garrett Planning Network testified, “Those most affected by heavier prices are those with more modest means…the status quo permits trusted advisers to profit at their client’s expense.”

Those supportive voices are often drowned out by Wall Street and its allies using their money and might in a desperate attempt to try and preserve the broken status quo. These industry allies say they’re for a best interest rule, but they’re always against such a proposal or work to fill it so full of loopholes that it can still put their economic interests before their clients. As Barbara Roper with the Consumer Federation of America says in the New York Times article, “You have this public message from the industry, ‘Oh, we are all for a best-interest standard…But then when you read what it is they are advocating, they are proposing changes that go to the heart of the very rule.” Put differently, they publicly say they are for it while privately working nonstop to kill it.

Better Markets has been working throughout this process to protect America’s retirement savers and prevent Wall Street allies from derailing this proposal. The reality is that nothing has changed throughout the DOL’s rulemaking process: the facts are clear and the conflicts of interest remain egregious. We urge the DOL to resist calls for changes in the proposal that will dilute the protections it offers or open dangerous loopholes for the industry to exploit at the expense of retirement savers. Americans deserve unconflicted advice; they deserve to have their best interests put first; and, they deserve a final rule that does that as soon as possible. 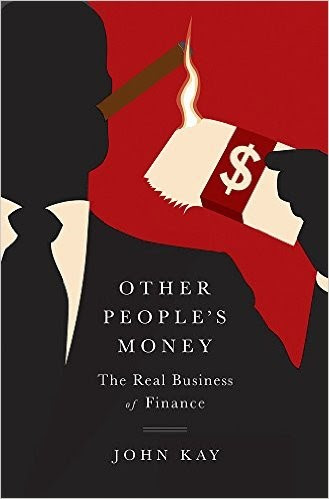 You’re invited: The International Political Economy program at SAIS and Better Markets are hosting a book launch for John Kay’s Other People’s Money, a must-read for anyone concerned about preventing another devastating financial crash: As Better Markets has documented, the 2008 financial crash was the worst crash since the Great Crash of 1929 and caused the worst economy since the Great Depression. That crisis will ultimately cost hardworking American families more than $20 trillion in lost gross domestic product and too many are still struggling to deal with the economic wreckage in the form of lost jobs, homes, retirements, and more.

Yet, too many in finance, politics and policymaking have utterly failed to ask the hard questions about that crash and the economic wreckage it caused, and about finance and banking generally. But John Kay, one of Britain’s leading economists, a distinguished academic, and an acclaimed Financial Times columnist, asks and analyzes those hard questions in his new book, Other People’s Money: The Real Business of Finance.

It’s a must-read for anyone concerned about preventing another devastating financial crash and getting finance back to supporting the real economy instead of threatening it. As Mr. Kay writes in the book:

“The objective of reforming the finance industry should be to restore priority and respect for financial services that meet the needs of the real economy. There is something pejorative about the phrase ‘the real’ – meaning the non-financial – economy, and yet it captures a genuine insight: there is something unreal about the way in which finance has evolved, dematerialised and detached itself from ordinary business and everyday life.”

Better Markets is teaming up with the International Political Economy program at the Johns Hopkins School of Advanced International Studies (SAIS) to jointly present a book launch for this important new release on Thursday, October 1st starting at 4:30pm ET in Washington, DC. The event will be moderated by Matthias M. Matthijs, Assistant Professor of International Political Economy at SAIS, and feature remarks and questions from Better Markets President and CEO Dennis Kelleher.

To attend the book launch, you can get more details and RSVP here. If you’re not in Washington, DC to attend in person, you can watch the event live online – watch for updates on our website here. You can read more about John Kay on his website and read his columns here. And you can read the introductory chapter of Other People’s Money here and buy the book here.

Wall Street Trying to Use Budget Bill to Put Its Special Interests Above the Priorities of the American People: Huffington Post by Dennis Kelleher 9/23/2015