The big lie: When you hear Wall Street and its allies say they are for the fiduciary “clients’ interest first” standard for retirement advice, don’t believe what they say. Watch what they and their lobbyists do, which has been to fight relentlessly to either kill the rule or fill it so full of loopholes that it will be totally ineffective. Of course, they do all this while claiming they are for putting their clients’ interests first. After all, they can’t say, “we want to continue to put our interests above the best interests of our clients” or “we want to continue to move tens of billions of dollars a year from the pockets of those trying to save for retirement into our pockets.” They aren’t stupid. They know telling the public the truth wouldn’t be a winning strategy.

So the industry strategy is to claim that they are also actually for the best interest standard, but they just want to make it “workable” or some other poll-tested phrase that is cover for their scorched earth strategy to make sure they are never actually required to put their clients’ interests first. (More on developments with the DOL’s best interests rule below.) 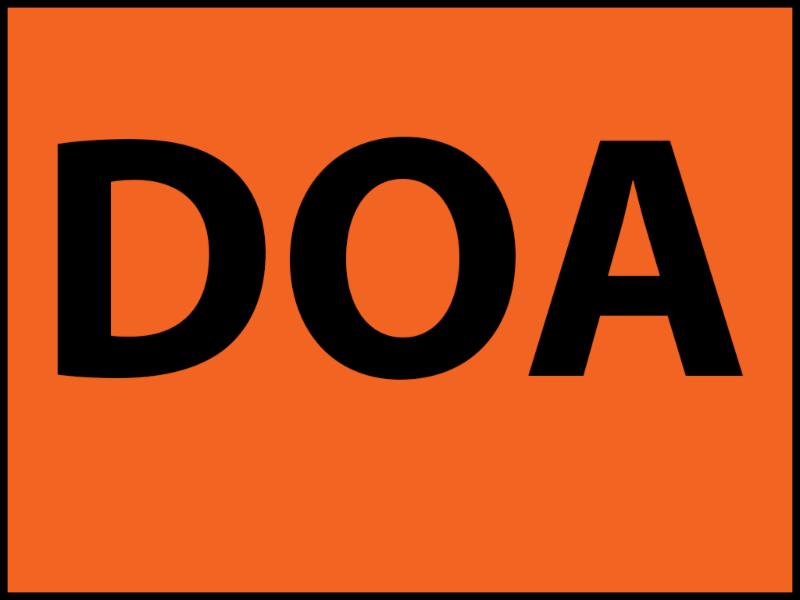 Will Wall Street’s living wills be dead on arrival again this year? Wall Street’s biggest banks are preparing to file their so-called “living wills” next week with the Federal Reserve and the Federal Deposit Insurance Corporation (FDIC). These resolution plans are required under the Dodd-Frank Wall Street financial reform law to ensure that the too-big-to-fail banks can be resolved in bankruptcy without any taxpayer-funded bailouts.

One year ago, federal regulators at the FDIC and the Fed shocked everyone by flunking all 11 of the largest banks in the country for failing to file plans making them resolvable in bankruptcy, proving that they still posed a major risk to taxpayers, the economy and our financial system. Demonstrating no intent to comply with the law or reduce their taxpayer backstop, these banks failed to “even identify” key elements of their resolution plans, brazenly making clear that the too-big-to-fail banks continue to put their profits above the best interests of the American people.

The truth is that Wall Street’s biggest banks don’t want to be resolvable in bankruptcy if they fail like every other business in America. They want to keep their unique status as too-big-to-fail so that U.S. taxpayers will have to bail them out as they did in 2008-2009. That way they get to keep their jobs, bonuses and bailouts, shifting the costs of their failure to taxpayers. On top of all that, the bankers at the too-big-to-fail banks get treated as being too-big-to-jail, also unlike every other person in America.

That’s why no one should have been surprised that this handful of dangerous banks and bankers wouldn’t willingly give up their “need” for taxpayer bailouts. That’s why it was so important for the Fed and FDIC to reject the grossly deficient “living will” resolution plans submitted a year ago and to publicly detail specifically what the banks had to do to file viable resolution plans this year. The regulators must publicly disclose the plans filed next week and must show that the plans conclusively satisfy the criteria set last year. If these banks again fail to prove they are resolvable in bankruptcy, then the regulators must use all the legal powers available to them, including requiring the banks to dispose of assets and business lines until they are resolvable in bankruptcy. The credibility of the Fed and FDIC is at stake here and they are facing as big a test, if not a bigger one, than the too-big-to-fail banks.

UBS’s “instruction manual on fixing Libor” is the latest powerful evidence of the lawless culture at the global too-big-to-fail banks: A few weeks ago SEC Commissioner Kara Stein objected to granting Deutsche Bank a waiver due to its role in criminally manipulating the globally important LIBOR interest rate, stating:

But, the Libor scandal (which we refer to as the “lie-more” scandal) goes far beyond Deutsche Bank, as the on ongoing trial in London of former UBS trader Thomas Hayes is making clear on a daily basis. During testimony this week, Mr. Hayes outlined how UBS Group AG circulated “an instruction manual on fixing Libor,” a revelation that is symbolic of the lawless culture at some of the biggest banks in the world. According to a report by Bloomberg News, “Hayes, the first person to stand trial for allegedly manipulating the London interbank offered rate, told prosecutors the document was evidence that Libor-rigging was standard operating procedure during his time at UBS.”

UBS executives were apparently so unafraid of being caught or held accountable that they brazenly circulated a how-to manual for manipulating the Libor rate, which suggests that illegal conduct was corporate policy. In addition, there clearly was a massive, firm-wide failure of legal, risk, compliance, supervision and management.

The Libor interest rate rigging scandal highlights the complete lack of accountability and rule of law at the global finance houses, and as Better Markets has documented, it isn’t a victimless crime. It has impacted tens of millions of people and companies worldwide, since the Libor rate that was rigged is one of the most important rates in the world, and is used to set rates for $800 trillion or more in loans and other financial transactions.

It’s clear that this scandal goes beyond the actions of a few isolated traders. In fact, it highlights how the culture and some of the business models at the big global finance houses has shifted so much over the years that they are really “banks” in name only and sometimes act more like criminal enterprises. It’s the latest reminder that these global behemoths are not just too-big-to-fail and too-big-to-jail, but also too-big-to-regulate and too-big-to-manage. 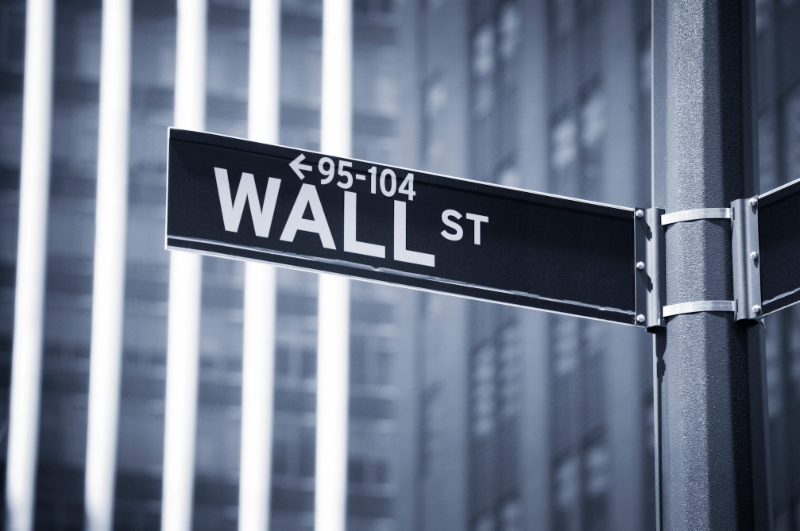 Wall Street’s industry allies continue using false spin to try to kill the DOL’s best interest rule, ignoring the facts:One of the biggest false claims made by Wall Street allies to try to weaken and kill the Department of Labor’s (DOL) best interest rule is to claim that what happened in the United Kingdom could happen here, citing recent rules in the UK that banned commissions. These industry allies are quick to claim that small account savers have lost access to advice, which we saw last week when Kent Mason testified against the rule during a House Education and Workforce subcommittee hearing.  He made the claim that “a lot of the reaction to this has been, well, industry will never walk away, they’ll never walk away from this market. But that’s exactly what’s happened in the United Kingdom under almost an identical rule. The industry went away from small accounts in droves.”

But the facts tell a different story. First, the proposed DOL rule is not “almost an identical rule” because it doesn’t ban commissions, a key distinction. Second, evidence clearly shows that the UK market has adapted and small accounts have not lost access to advisory services. And, the UK rules actually go beyond what DOL is considering, reflecting the enormous importance of eliminating conflicts of interest when it comes to investment advice. The reality is that investors in the UK are now receiving better advice than before, and investment products are cheaper because their prices don’t reflect bloated commissions.

It’s like whack-a-mole with the industry and its allies. As soon as one false statement or misleading spin is contradicted by the facts, another mole pops its head out of the hole, hoping not to be whacked by the facts. For example, at the same hearing, Kent Mason also made this claim: “Now, if somebody comes to me and says I want to enter into an advisory relationship, what I owe that person is 24/7/365 fiduciary responsibility.  I owe them around-the-clock fiduciary responsibility . . . the problem is that structure won’t work for small accounts.”  But the proposed rule simply does not require that. It would allow advisers to receive commissions for best interest advice from accounts large and small without assuming an endless fiduciary duty.

So don’t believe the spin from some in the financial services industry, who have made defeating this rule their number one priority. Americans are losing billions of dollars in hard-earned retirement savings every year, and are saddled with overpriced and underperforming investments. That puts billions in brokers’ pockets that should stay in Americans’ retirement accounts. It’s time to change that by moving forward with DOL’s proposal and finally requiring anyone providing retirement investment advice to act solely in the best interests of their clients.

Better Markets President and CEO Dennis Kelleher also testified at the hearing, pushing back against industry’s claims and in favor of DOL’s rule. You can read and watch Mr. Kelleher’s testimony here. For more information, go to SaveOurRetirement.org to learn more about this issue. Stay engaged: Follow us on Twitter and Facebook for the latest news.

“The longer the fight goes on, the clearer it becomes that arguing against a fiduciary duty is arguing for biased advice that costs retirement savers billions of dollars a year”:Teresa Tritch with the New York Times wrote a must-read piece on the fight for the best interest rule, including Putnam Investment CEO Robert Reynolds’ recent attack on the DOL’s proposal that would simply require Putnam and other retirement advisors to put their clients’ interests first. The article highlights Better Markets’ work pointing out Mr. Reynolds’ comments and includes a laughable response from Putnam. Ms. Tritch writes:

“In short, it argued that it basically adhered to a fiduciary duty already. But if that were the case, what’s the big problem with a fiduciary requirement? Putnam said it believes the fiduciary-duty proposal could do more harm than good, say, by restricting the access of less-affluent clients to retirement advice.

To which I can only reply: I have faith that the financial industry can figure out how to make money from retirement savers with relatively small balances, even if it has to put those clients’ interests first. And if the big players can’t do it, smaller players who already can and do give unbiased advice will grow bigger while new players will emerge to fill the gap.

The financial industry will not give up. The Labor Department and the Obama Administration will have to fight all the way to impose the fiduciary rule. They are fighting the good fight.”

When Retirement Savings are Unsafe: The New York Times by Teresa Tritch 6/22/2015

Former AIG Chief Wins $40 Billion Case – But How Much Will He Collect?: Insurance Business Magazine

Banks ‘deserve what they get’, says regulator: The Financial Times by Caroline Binham 6/21/2015

How is Jamie Dimon Like a Smoker on an Airplane: HuffPost by Lynn Paramore 6/18/2015