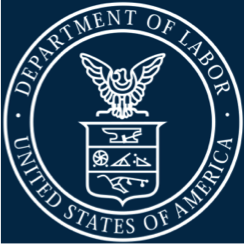 Don’t believe Putnam Investments CEO’s claims about acting in their clients’ best interests; believe Putnam’s SEC filings that contradict Putnam’s CEO: Putnam Investment’s CEO Robert Reynolds recently attacked the DOL rule that would simply require Putnam and other retirement advisors to put their clients’ interests first. In addition to mischaracterizing the rule in his attack, Putnam’s CEO claimed that “the client’s best interest is our best interest without a doubt.” But Putnam’s “Conflict of Interest” disclosure in its SEC ADV filing (2015 form ADV, part 2A, page 23) tells the truth, contradicts the CEO, and proves why the DOL rule is required: “Doing business with our affiliates could involve conflicts of interest if, for example, we use affiliated products and services when those products and services are not in our clients’ best interests.” 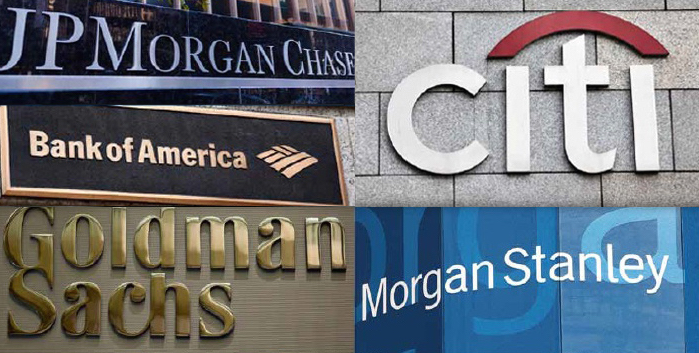 The handful of Wall Street’s sprawling too-big-to-fail “banks” pose a unique, dangerous threat to America’s families, workers, financial system and economy, which their “hide and disguise” strategy tries to conceal: They – and they alone – are capable of crashing the financial system and the economy, which is why they are too-big-to-fail. This is a unique threat to the country and to the standard of living of every American. Preventing people from understanding that and from eliminating that risk is one of Wall Street’s key goals. This “hide and disguise” strategy is also used to push their special interest agenda of killing, gutting and weakening financial reform.

Wall Street’s handful of global too-big-to-fail megabanks try to hide their massive trading and gambling operations behind the many banks that are actually financing and supporting the real economy. Their strategy includes disguising their narrow special interests by claiming any criticism of them is an attack on all banks and bankers, when no one is actually doing that. Wall Street’s megabanks are also hoping elected officials, policy makers, voters and the media ignore the bipartisan damage caused by the 2008 financial crash and broad support for stricter rules to reign in Wall Street’s reckless and illegal actions.

Economic crises hurt tens of millions of American families, regardless of party affiliation. Many families saw this firsthand during the 2008 financial crash, as gigantic banks on Wall Street threatened their jobs, homes and savings and cost our economy more than $12.8 trillion. That’s why a majority of the public – not just a single party – wants to be better protected from the dangers of Wall Street and avoid another financial calamity.

The cornerstone of the industry’s PR strategy is to claim that their megabanks are just like all the other banks in the United States, and that those who support reducing Wall Street’s dangerous practices are “bank bashing,” “beating up on the industry” or “hammering the banks.” But in reality, the criticism of Wall Street is very narrow and very focused on the handful of megabanks that pose a unique threat, not all “banks.” In fact, there are about 6,500 banks in the U.S. and less than 20 pose a unique threat to the financial system, the economy and our standards of living. As Better Markets has documented, there’s only 38 banks in this country with more than $50 billion in assets and only 29 with more than $100 billion in assets. In fact, there are only 4 banks with more than $1 trillion in assets.

These few megabanks pose a unique threat to our financial system and country. They’ve become so big, complex, leveraged, and interconnected to the entire financial system that their failure could cause the collapse of our economy, like we saw in 2008. These very few megabanks on Wall Street have become too big, too opaque and too dangerous, which is why many people are increasingly advocating for making them smaller, safer and simpler, just as has been done throughout history with everything from oil trusts to phone companies.

Wall Street’s strategy of hiding their few very dangerous megabanks behind the many non-threatening banks does a disservice to the other 6,480 banks in this country that are supporting the real economy, creating jobs and, importantly, playing by the rules. These are the institutions that are working every day to fund and finance the American Dream of homes, small businesses, educations and retirements. Unlike the Wall Street megabanks, they are fulfilling their role of serving and supporting the economy and society, rather than threatening them.

So don’t fall for industry’s false claims that they are just like all the other “banks” and that criticism of the megabanks is “bashing” or even criticizing all banks. You’ll see that the criticism is focused on the handful of reckless too-big-to-fail, too-big-to-jail Wall Street megabanks that caused the 2008 crash and stuck the American people with the bill, in the form of lost jobs, homes and savings. Right-sizing these megabanks and ending their special status will protect the American people, rebalance the banking and finance sectors and allow the roughly 6,480 other banks to continue supporting the real economy on a level playing field. That’s good politics and good policy, which is why so many presidential candidates in both parties are talking about the unique threat posed by Wall Street’s megabanks. 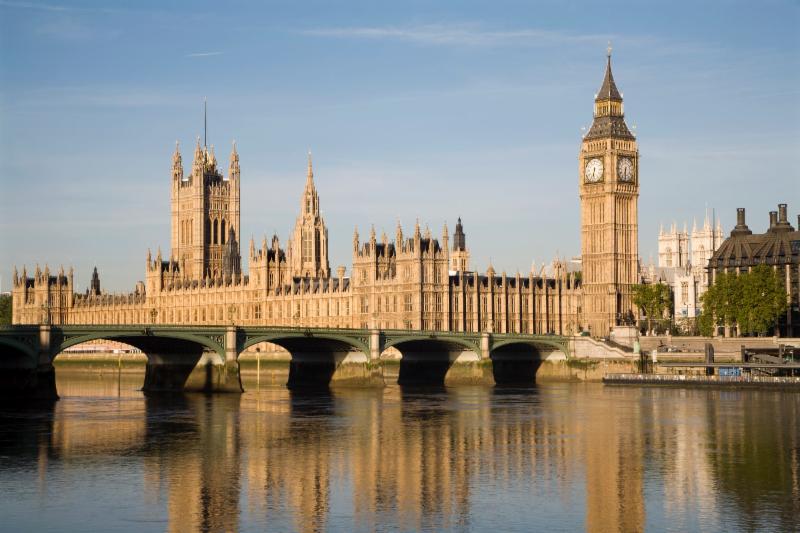 In the UK, the pushback against banking reform is showing signs of “success”- for the banking lobby if not for the public:Dilution of regulations and reduction in taxes are the industry’s top targets. The UK government is likely to listen, though will, simultaneously, back public calls for greater personal accountability. Given how little there has been, ANY accountability would constitute an increase.

The industry’s pleas for an end to what they falsely claim is “banker bashing” (but is really just sporadic attempts to hold the handful of too-big-to-fail banks accountable for their misconduct and crimes like everyone else) come even as revelations and fines for wrong-doing continue to mount. And in a final piece of twisted irony it was reported that the self-governing body that was responsible for oversight of LIBOR during the time of its manipulation, actually was informed as far back as 2007 that such manipulation was taking place. That body is the British Bankers Association and it is the “BBA” no less who is leading the lobbying charge for rolling back reforms.

Meanwhile, on the Continent, Deutsche Bank announced the departure of its co-chiefs – both of whom had held leadership positions during the time when much of the recent “wrong-doing” took place. The Bank’s board and co-heads have clearly done the right thing in the end – having first exhausted every other possibility. The share price rose sharply on the news. The question is will other global megabanks take the same action? For example, will HSBC’s board follow suit? Its chair should be among the first to go. Will he? In his recent FT article, Better Markets’ Senior Fellow Robert Jenkins explains why he should. You can read the article here. 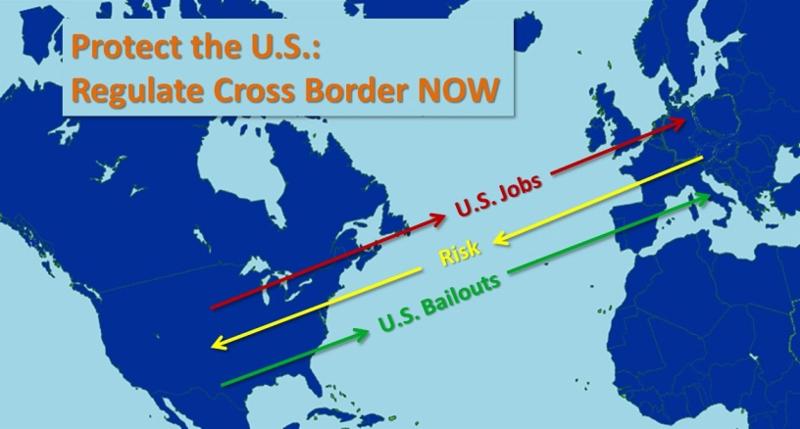 Legislation in the House to reauthorize the Commodity Futures Trading Commission (CFTC) would leave U.S. taxpayers on the hook for Wall Street’s dangerous overseas gambling: Legislation passed by the House of Representatives this week to reauthorize the CFTC is the latest in a long line of Wall Street deregulation bills that benefit the handful of too-big-to-fail-banks at the expense of the American people. Just four of Wall Street’s biggest banks control more than 90% of the US derivatives markets and that’s who would benefit from this derivatives deregulation bill. It is unfortunate, but the vote was almost entirely along party lines, as Wall Street continues to exploit and exacerbate partisan divisions to advance their special interest agenda.

This legislation was so bad that it was opposed by the President, the ranking members of six committees, the Chairman of the CFTC and numerous outside groups. The bill would prevent the CFTC watchdogs from doing their job and, worst of all, would unleash Wall Street’s dangerous overseas derivatives gambling, which we saw blow up with AIG in 2008. Coincidentally, the CFTC Chairman at almost the same time was giving a speech on the importance of strong derivatives and cross border regulation, which Better Markets praised him for. Failing to do this would leave the American people exposed again to massive derivatives risks while Wall Street would again get the rewards, just as they did before the crash and during the bailouts. Congress should be fully funding the CFTC, defending financial safeguards, and protecting taxpayers, not voting for another bill that gives more special interest loopholes to Wall Street.