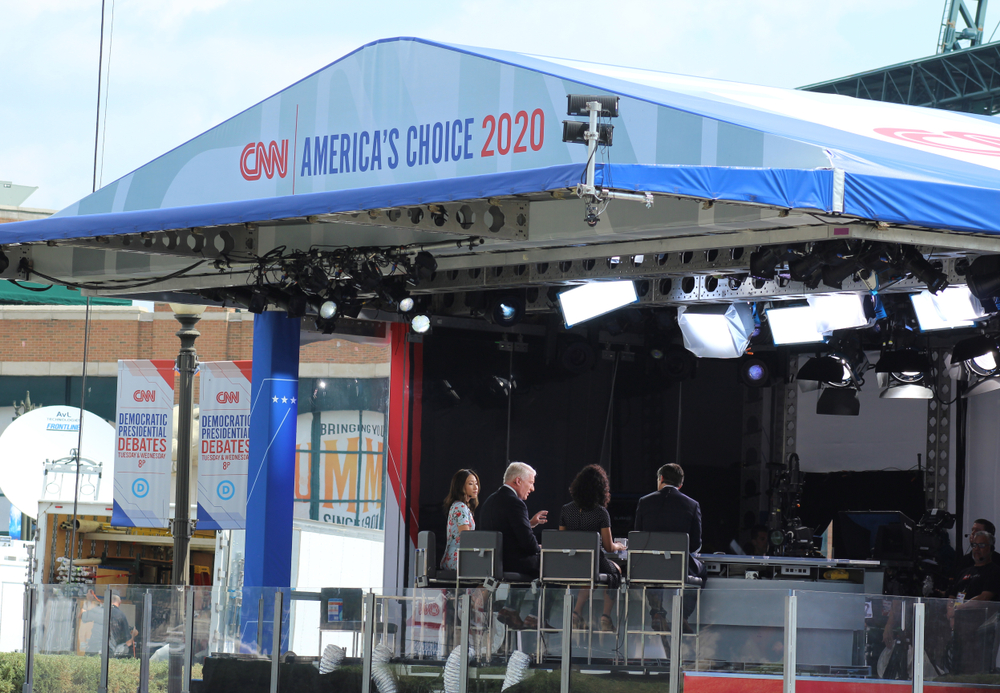 ​The Economy is Ferris Bueller: MIA

As you know, our newsletter earlier this week began with “A Debate Night Thought: Wall Street Should be Rooting for Elizabeth Warren.” Well, to no one’s surprise, enlightenment did not break out on Wall Street and they didn’t cheer Warren, but they apparently were relieved that Joe Biden did better than the first debate, as noted here and here.

The much bigger problem is that one of the most important issues facing the country, voters and the candidates was hardly mentioned at all: the economy, by which we mean jobs, wages, inequality and a financial system that serves society by supporting broad-based prosperity, making opportunity available to all, rebuilding the middle class, and fueling the American Dream.

As we live-tweeted the debates, we made that point, as you can see here, including by channeling Ferris Bueller at one point:

Read the highlights of our live Twitter coverage of the debates here.

It is shocking that those subjects were not thoroughly discussed at the debates. Those are top concerns of voters and, in significant part, what the future of our country depends on, as the candidates hear every day on the campaign trail. They are also directly related to the social and political upheaval the country is going through: a growing economy with rising wages, decreased inequality, broad-based prosperity and a brighter economic future for all Americans will reduce economic anxiety and insecurity while also increasing tax revenues that can be used to fund society’s priorities.

In fairness, some candidates tried to highlight those issues in the first night. For example, Senator Warren and Andrew Yang hit on these issues a number of times. Mayor Buttigieg mentioned how the current economic system isn’t working for everyone, and later on in the evening, Warren referred to how she’s taken on Wall Street and the big banks and won.

In the second night, Kamala Harris referred to Fed Chairman Powell and the rate cut that day, while former HUD Secretary Castro highlighted that the current job growth and economic growth record are predominately due to policies enacted under the Obama administration and, in significant ways, in spite of Trump’s policies. Former VP Biden mentioned the 2008 crash, stimulus and bailouts, but it was just in passing and there was no substantive follow-up and no discussion of the current economic stresses and wage stagnation. And, NY City Mayor DeBlasio hit on some economic themes, pleading that “we have to talk about what people care about in their daily lives.”

“It’s not the economy, stupid. That was my main takeaway from this week’s Democratic presidential debates…. It’s not all on the candidates. CNN moderators asked a very limited number of specific economic questions [which, as you can see here, we pointed out]….But…candidates could have redirected more responses toward pressing economic issues…”

Equally important, he made the critical point that we make all the time: “Many other debated issues have economic pertinence – health care, climate change, race relations, etc. – but the framing often left it as an afterthought.” He then got to the heart of the matter:

“Why it matters: President Trump will keep highlighting U.S. economic performance as his top achievement while in office, and it’s a compelling reelection case [if you look at the top line numbers and don’t look at what’s actually happening at kitchen tables across America]. Democrats either can (quietly) hope that GDP growth continues to slow, as it did in the second quarter, or begin to seriously workshop their counter-punches. Ignoring the economy is just stupid.”

Stupid is the right word. The economy no longer works for the vast majority of Americans because, among other things, the financial system is too often a wealth-extraction mechanism for the few rather than a wealth-creation system for the many. This is because the financial sector uses its economic power to buy political power. It uses that power throughout the Washington, D.C. policymaking process to protect and increase its economic power, usually at the expense of everyone else.

Those realities are causing deep and dangerous economic, social, political and cultural problems across America. Candidates must talk about how they will make Main Street Americans’ lives better, and the conversation needs to start with specific, concrete plans on the economy, jobs, wages and getting the financial system, Wall Street and the biggest banks to once again serve society.