As the FDIC Vice-Chairman Details, Higher Capital Standards Are Essential for Financial Stability and for Economic Growth: Walter Wriston, who was Citibank’s CEO from 1967 to 1984, used to argue that banks don’t need much, if any capital.  Then again, Mr. Wriston also used to say that countries don’t go bankrupt.  The global financial crisis in 2008 that nearly destroyed the world economy proved Mr. Wriston wrong on both counts.  Unfortunately, too many of the world’s biggest bankers seem intent on forgetting the lessons the rest of us painfully learned during the crisis as they do their best to fight against capital standards. 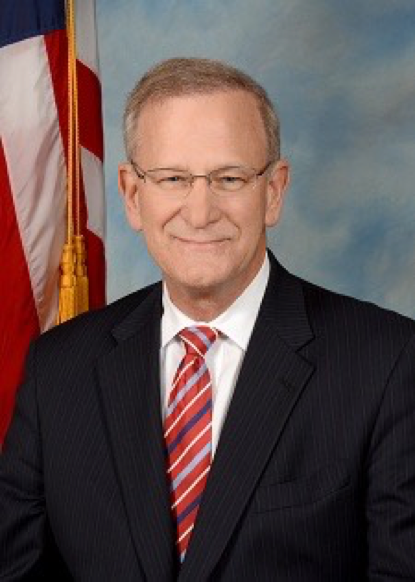 For that reason, we are fortunate that Tom Hoenig is the Vice Chairman of the FDIC and that he keeps rebutting the spin and misinformation about capital while detailing the facts showing that bank capital is key to financial stability and economic growth.  On May 23, Mr. Hoenig took the fight for higher capital standards to Europe, where he addressed the National Association of Business Economics and the Organization for Economic Cooperation at their Global Economic Symposium in Paris.
He again patiently and clearly laid out the case for higher capital standards in banking.  (Remember that “capital” when talking about banks is the same thing as “equity” when talking about all other corporations.)   He pointed out that the decline of capital standards coincided with the rise of government backstops for the banking industry-in other words, it is you and I (and all taxpayers) that are subsidizing the risk-taking that results when banks cut back on capital and increase their leverage.  That makes sense because bank capital like equity is all that stands between a corporation and bankruptcy.  Once the bank equity cushion is gone, into bankruptcy it goes………or not.  That’s the problem:  too-big-to-fail banks can collapse the financial system and cause recessions, depressions and widespread economic wreckage.  To prevent that and the human suffering that results (so-called “collateral consequences”), elected officials, policy makers and regulators bail those giant banking conglomerates out, believing that to be the lesser of two evils. 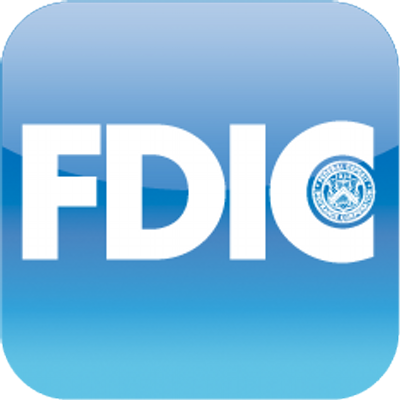 Mr. Hoenig also pointed out that the arguments so often made by the too-big-to-fail bank lobbyists-that higher capital standards would reduce profits and inhibit lending-have been refuted by economists and academics.  As he explained, because higher capital standards mean safer banks, banks would actually be able to attract capital at a lower cost because equity investors would be less likely to be wiped out and creditors less likely to lose money if the value of the bank’s assets declined.  Joining many others, he also pointed out that well-capitalized banks continue lending when times get tough, as opposed to thinly-capitalized banks that pull back their support to the real economy at the first sign of trouble.  This is exactly what happened during the 2008 crash and its aftermath.
Unfortunately, Vice Chairman Hoenig’s compelling facts and logic will not be the last words in this debate.  The too-big-to-fail banks have a huge self-interest in continuing to get taxpayer subsidies and backstops, as we pointed out here.  They will keep fighting to put their self-interest above the public interest, but fearless public servants like Mr. Hoenig focused solely on protecting the public will keep fighting back. For that, everyone is in his debt.

An Appeals Court Decision Reversing a $1.28 Billion Penalty Imposed on Bank of America Will Allow Wall Street to Get Away with More Fraud: Turning law, logic, and common sense on its head, a three-judge panel of the Second U.S. Circuit Court of Appeals ruled that Bank of America does not have to pay a $1.27 billion penalty in connection with its Countrywide home-mortgage lending unit defrauding government sponsored entities (“GSEs” Fannie Mae and Freddie Mac) in 2007 and 2008 when it sold shoddy mortgage loans to the government-backed mortgage firm.

This ruling overturned a 2013 jury verdict against Bank of America (which bought Countrywide).  The jury found the bank liable for selling substandard mortgages through its “High Speed Swim Lane” program, appropriately also known as the “Hustle” program.  Countrywide’s Hustle program was a scheme to defraud Fannie and Freddie by selling them substandard mortgages while falsely representing that they were investment-quality.

But the Court of Appeals held that, because the willful fraud happened after the contract was signed, Countrywide did not commit mail or wire fraud.  It concluded that Countrywide merely breaded a contract.  However, the law should not be interpreted to encourage and facilitate this kind of deliberate criminality, which contributed to causing the 2008 financial crash and the enormous economic wreckage of the Great Recession.  Court decisions should result in less fraud, not more.

While we will have more analysis on this decision in the future, two points deserve mention.  First, this incredibly constricted if not twisted decision allowing only contract claims means that future fraudsters are actually incentivized to commit fraud because damages will likely be limited to disgorgement of ill-gotten gains — if you are caught.  As a result, there’s no real downside, unlike the risk of fraud violations where, as seen here, the damages can be very substantial and could provide a significant deterrent.  Second, if the decision is applied literally, future contracts will need to include a specific provision that states, in substance, “if and when you decide to defraud us in the future, you agree that you have a duty to disclose such fraud at each time in the future that you decide to defraud us.”  The absurdity of needing such a provision reveals how wrong this decision is. 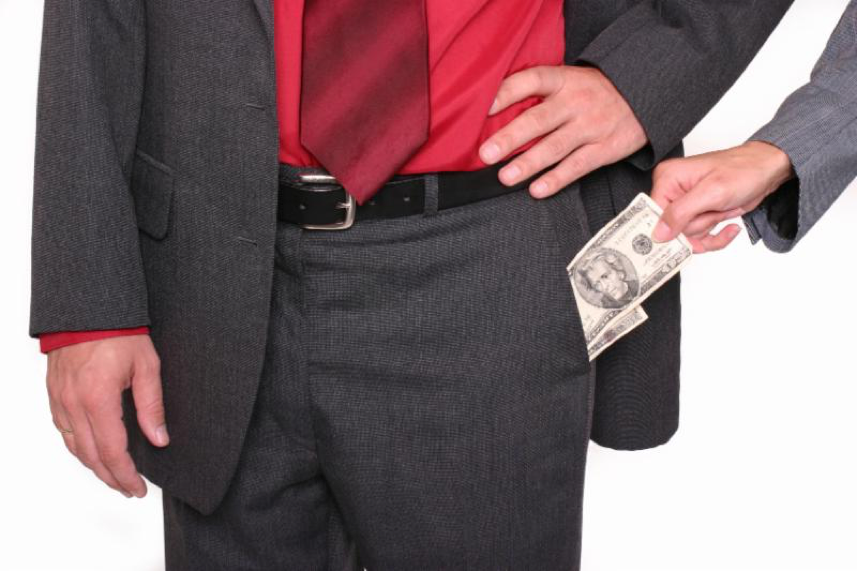 More importantly, we hope this decision doesn’t discourage the US Attorney for the Southern District of New York or other prosecutors from bringing other meritorious cases against financial fraud and wrongdoing.  It doesn’t help the resume or career and can induce risk-aversion, but losing some cases is the inevitable result of bringing lawsuits.  Put differently, doing the right thing by bringing such cases requires a willingness to lose some cases.  That’s the nature of litigation and that’s a risk that must be taken.  Otherwise risk aversion becomes policy and the fraudsters know it and it results in more fraud, lawlessness and a double standard of justice where too-big-to-fail banks and their staff. 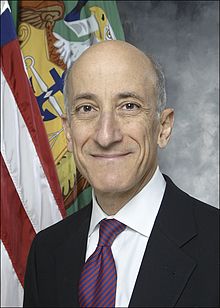 Rejecting Wall Street’s Lobbying Efforts, the CFTC Passes a Strong Cross Border Margin Rule to Protect Taxpayers From Again Having to Bailout Derivatives Dealers: With its release this week of a final cross-border margin rule, the Commodities Futures Trading Commission (CFTC) should be commended for its commitment to strong cross-border regulation that stops the global derivatives dealers from searching the world for the biggest loopholes for their high-risk trading. As the trillions of dollars in Wall Street bailouts in 2008 proved, the CFTC clearly knows that arace to the global regulatory bottom serves no one but the biggest banks and that outsourcing the protection of American taxpayers to foreign regulators is unacceptable.

Remember, AIG’s derivatives desk was in London as was Lehman Brothers’ and so many more of Wall Street’s biggest banks.  They were overseas (cross-border) because of the so called “light touch” approach to regulation taken by many foreign countries seeking to attract finance jobs and revenues.   These actions exposed US taxpayers to massive risks, which materialized during the financial crash of 2008 when AIG, Lehman and so many other derivatives dealers blew themselves and the financial system up.

CFTC Chairman Timothy Massad’s idea of promoting the use of margin, or collateral, to address the serious problem of banks attempting to evade U.S. rules by making cosmetic changes to their corporate structure, a legal slight-of-hand known as ‘de-guaranteeing,’ is encouraging. (Read our Fact Sheet on the de-guaranteeing evasion here.)  The final rule should capture many affiliates whose transactions may have escaped U.S. margin requirements through the previous Guidance approach due to the inclusion of the special treatment of Foreign Consolidated Subsidiaries.

However, while margin is the front line defense against the potential contagion and catastrophe posed by our increasingly large and interconnected over-the-counter derivatives market, margin rules alone cannot fix this problem because it still leaves too many high-risk transactions that pose a dangerous threat to U.S. taxpayers outside the reach of U.S. regulators. Therefore, the CFTC must address Clearing and Swap Execution Facility mandates because these rules also seem to have inspired widespread evasion. Finally, as the various global margin regimes begin to be implemented later this year, the CFTC must remain vigilant and ensure that any ‘substituted compliance’ is indeed comparable in not only form and substance, but also in enforcement and over time.

Then, and only then, will America’s families, workers, businesses and taxpayers obtain the real, meaningful protection by the swaps cops on the beat at the CFTC that they deserve.

Bank of America’s $1.2B mortgage scam fine gets thrown out New York Post by Kaja Whitehouse 5/23/16