Better Markets is celebrating its 10-year anniversary. To mark the event, Better Markets is publishing a series of blog posts profiling members of its staff and highlighting the work they do as lawyers, regulatory and legislative specialists, researchers, administrators, and fundraisers as they fight for the economic security, opportunity and prosperity of all Americans, particularly those who are disenfranchised. 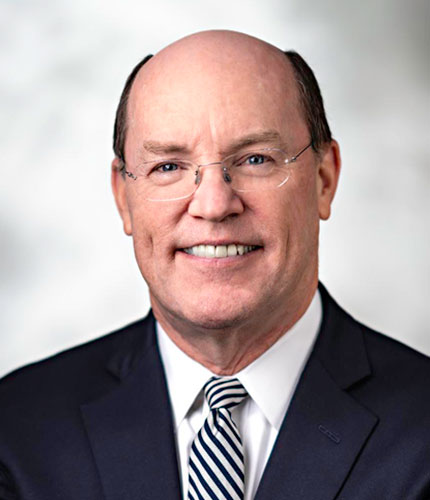 Background: Dennis, with Board Chair Mike Masters, co-founded Better Markets in 2010 after many years of experience in the public, private, political, charitable and non-profit sectors. At Better Markets, Dennis’s leadership requires operating in the legislative, executive and judicial branches simultaneously while developing and driving communications strategies to support those policy efforts. He has been quoted more than 3,000 times, done more than 140 live TV appearances, participated in more than 225 rulemakings and 25 legal cases, and testified more than 10 times.
Read below for Dennis’s thoughts on 2020 and a look at Better Markets’ focus in 2021.
______________________________________________________________________________________________________________________
Better Markets turned 10 this year, and we had hoped to celebrate with our friends, families and supporters. However, the tragedy of the pandemic changed our plans, but not our enthusiasm.
We released our 10-year anniversary Report that highlighted our activities and the progress we have made on bringing greater economic and financial security, opportunity and prosperity to Main Street families, businesses and banks since we opened our doors in October 2010. In conjunction with our report, we also released individual staff blog posts and videos (you can view them on our website, Medium, YouTube and social).
Hear from Staff, Read About their Work
While we know there’s lots going on over the holidays, if you have a few extra minutes, we hope you’ll glance at our report and even the blogs and videos. They will give you a sense of who we are as a team and the dedication and commitment of the entire Better Markets’ staff. Some of those who are front and center may be familiar, but you’ll also get to see the others who work behind the scenes making it all possible. That’s the team that fights for a fairer, more just financial system that works for all Americans, reduces inequality and makes the American Dream possible again.
Dennis Kelleher’s 2020 Wrap Up (video)
Of course, Better Markets didn’t do all that on our own. We have many supporters to thank—numerous influential leaders, individual donors and foundations, and those who believe in our mission and follow us on Twitter, Facebook and LinkedIn—who have been vital in our work to hold Wall Street and its allies accountable while also pushing for genuine reform and transparency.
As we close out 2020 and look toward 2021, we hope that we can continue to count on your support as our work is far from complete. In fact, we have much to do in the coming year.
Targeting Critical Issues in 2021
As has been the case for decades, a change of administration doesn’t mean much for the industry’s ever-present army of lobbyists and allies. Regardless of who is in the White House, the financial industry pushes its agenda to protect its profits above all else, often by attacking the financial rules that protect Main Street families, businesses and banks. That’s why, regardless of who’s in the White House, there has to be a robust counterweight to the industry – that’s Better Markets.
Better Markets’ focus in 2021 will be on:
Thanks, once again, for your interest in and support of Better Markets. Here’s to a prosperous and successful next year in getting finance to serve society, support the productive economy and enable all Americans to achieve the American Dream.
Have a safe and happy New Year!
Blog
Share