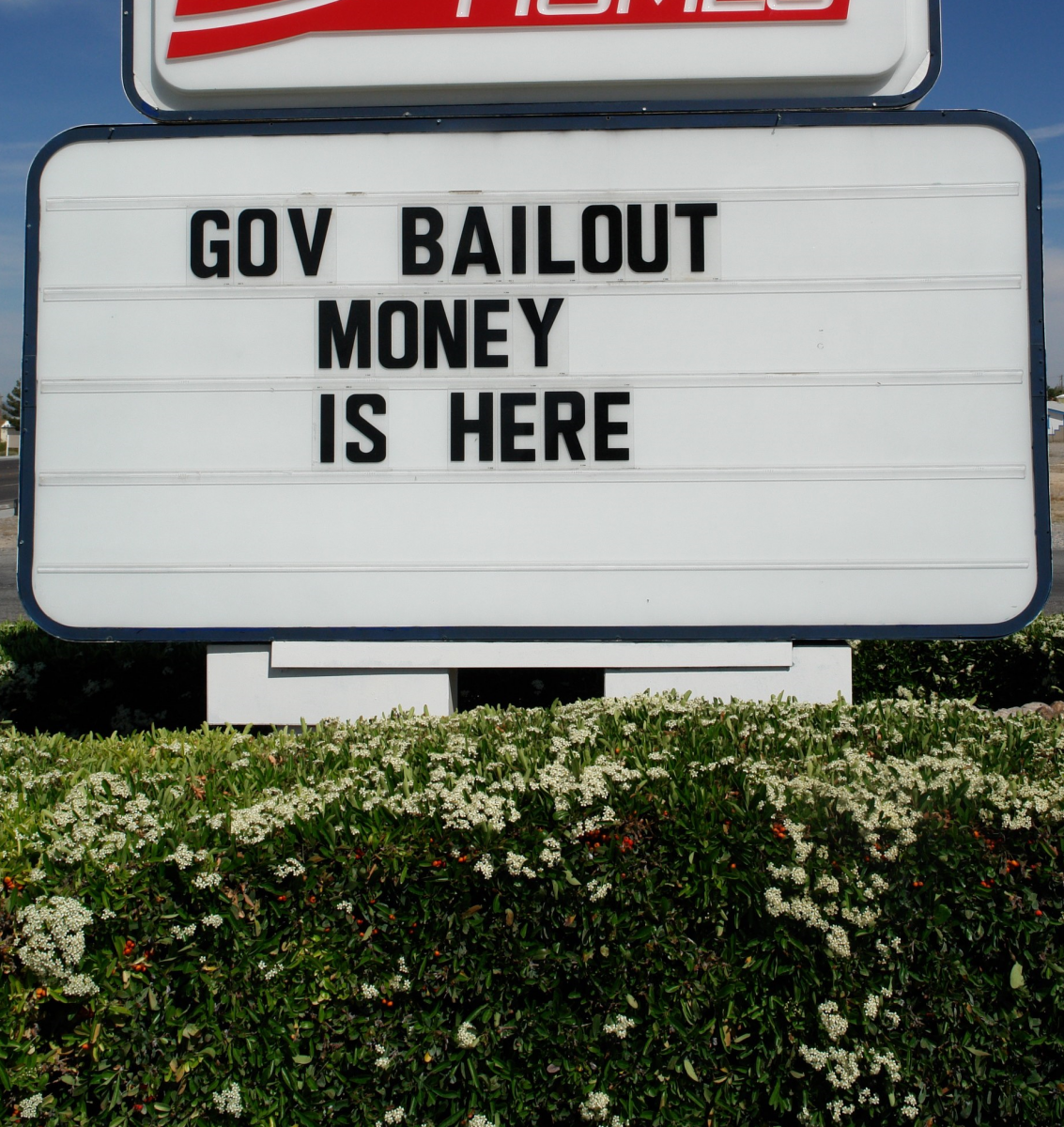 First, this is not the priority of the American people, but it is why they think Washington is out-of-touch and corrupt.  Matt Yglesias has a must-read piece in Vox concisely detailing why the bill is unnecessary, dangerous and politically dumb.  Take the two minutes to read it.  And, then ask yourself: do the American people really think that deregulating the biggest banks is the number one priority in the country and should be the very first bipartisan bill from Congress, rather than focusing directly on jobs, wages, health care, retirement security, student loan debt, home ownership and rental costs, etc.?

This is why the American people think Washington is out of touch and corrupt.  While Wall Street and the American Bankers Association are thrilled, this does nothing for Main Street families struggling to pay the bills, make ends meet and build a better life for their children.

Second, it is grossly irresponsible at this late very stage of the business cycle to add legislative deregulation of the biggest banks in the country to widespread regulatory agency deregulation and non-enforcement.  Coming on top of almost $2 trillion in fiscal and tax stimulus this year after a decade of stock and asset bubble-creating monetary stimulus, unleashing the biggest banks is just asking for another horrific crash.  Adding insult to injury, every single argument for deregulation has been objective rebutted by rising if not historic bank revenues, profits, bonuses and lending.

In a rational world, this is exactly when counter-cyclical measures would require increasing bank capital, liquidity and other buffers for the inevitable downturn.  That would ensure that the financial sector is strong enough to lend through the cycle during that coming-downturn rather than contract to repair fragile, broken and over-leveraged balance sheets. 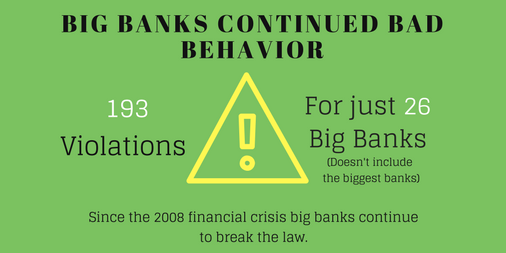 Third, this bill really helps the biggest banks, bailout recipients, recidivist lawbreakers, foreign banks and is not even needed. An Op Ed and a couple of recent Fact Sheets released by Better Markets details that the bill benefits the biggest banks whoreceived huge bailouts just a few years ago and are repeat lawbreakers in addition to foreign banks.  That’s all bad enough, but it’s also unnecessary because the Fed already tailors regulation to the size, complexity and risk of banks’ activities, showing that a key argument for the bill is simply baseless.

A recent excellent article by Gary Rivlin and Susan Antilla in The Intercept captures exactly what is really going on:“Bank Earnings Are Soaring, But Congress Wants to Gut Post-Crisis Safeguards.”  The piece factually shreds the usual litany of industry arguments about why deregulation is needed: banks are suffering, and thus so are consumers, businesses and the economy.  As noted bank analyst Dick Bove concludes: 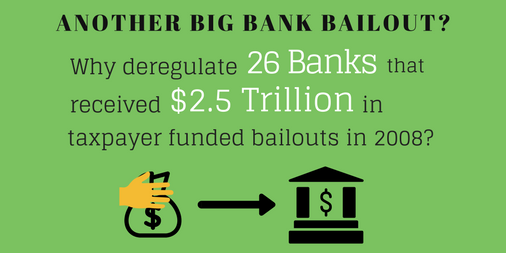 Using SunTrust as an example, the Intercept shows beyond genuine dispute that these banks are not local “community banks,” which Dennis Kelleher is quoted saying “are the most exhausted Trojan Horse ever to be used.”  While the average community bank has 133 workers, SunTrust has over 24,000 employees in branches spread across 11 states.  Further, as the article notes and Better Markets has highlighted, SunTrust received over $5 billion in a taxpayer bailout in the 2008 crisis and has since been fined $1.5 billion from having broken banking laws and regulations.

Finally, and importantly, American taxpayers should not have to bailout foreign banks again and take the risk that foreign taxpayers should bear.  The best example of this is Taunus, the U.S. subsidiary of the German global megabank Deutsche Bank, which received $354 billion in bailouts from the U.S. in 2008-2009.  At the time, Deutsche Bank itself was in severe distress and at risk of failing like Lehman Brothers.  It would not have been able to bailout its U.S. subsidiary on its own.  If the U.S. had not bailed out Taunus, then Deutsche Bank would have had to and, being unable, the German government and German taxpayers would have had to rescue Deutsche Bank.  By the U.S. bailing out Taunus, U.S. taxpayers were substituted for German taxpayers in bailing out German’s biggest bank.  This bill makes that more likely again in the future.